Women in Egypt, The Myth of a Safe Public Space

To Jane Jacobs, safety was one of the main elements that would ensure creating a successful space used by strangers. That safe space should enable primary mixed uses to run within small blocks of aged buildings mixed with new and frequented by large numbers of different users who keep an eye on that space. If we look at the Egyptian public spaces, we find them as a physical manifestation of Jacobs’ elements, however, they are evidently unsafe! A recent UN report stated that 99.3% of women are being harassed in public, this shocking phenomenon has been explained by many scholars as the natural result of the gender segregation within the society. A society with a culture of males perceiving public space as their own territory while females perceive it as a daily ambush. This paper argues that Jacobs did not consider marginalized women when she thought of a safe public space for all, where women and men experience public spaces through a gendered perception in the Arab culture. Concluding that a space succeeds only when people using it feel safe through the interaction between the perceived space and User’s Behaviour. 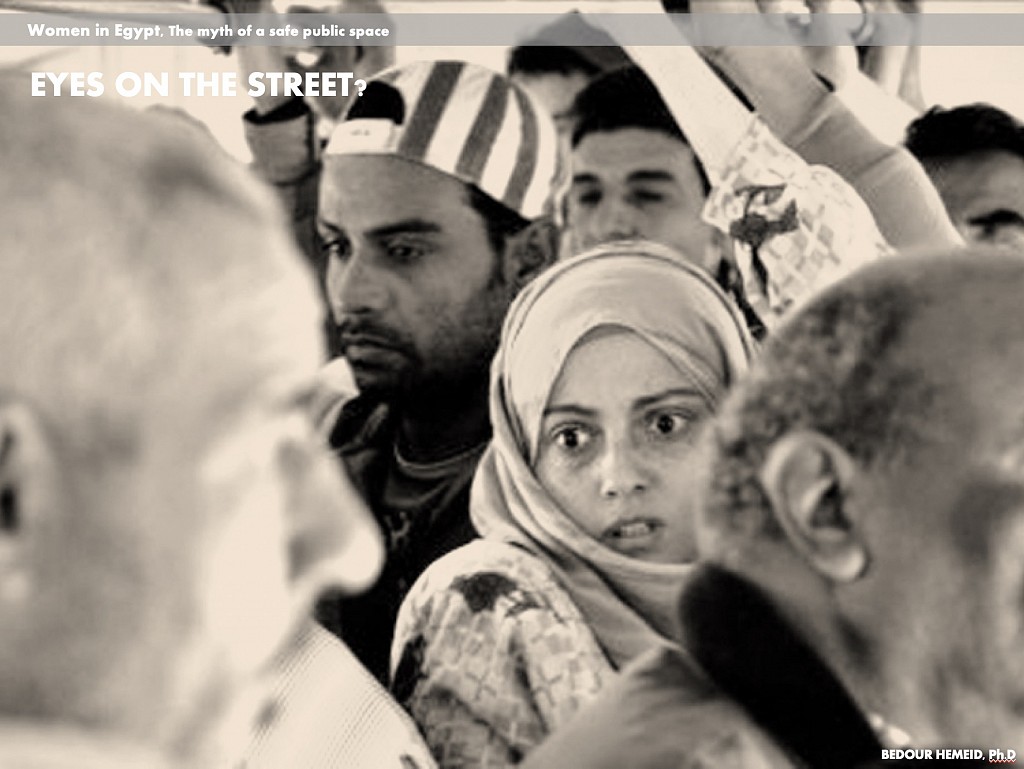 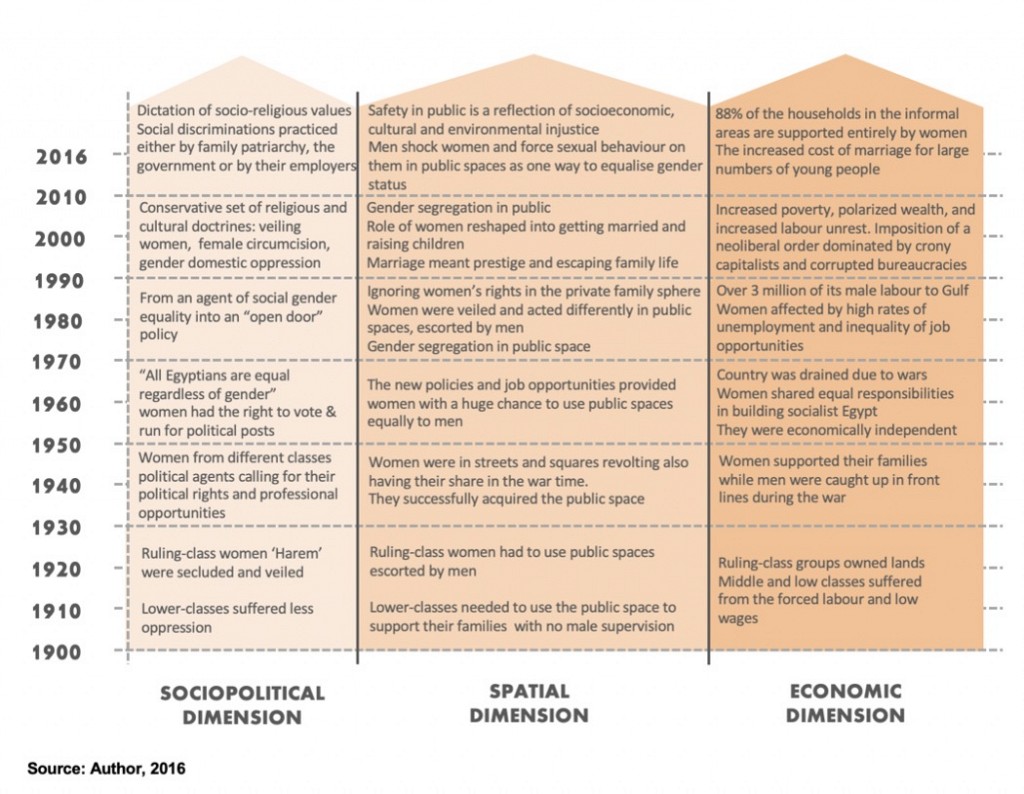 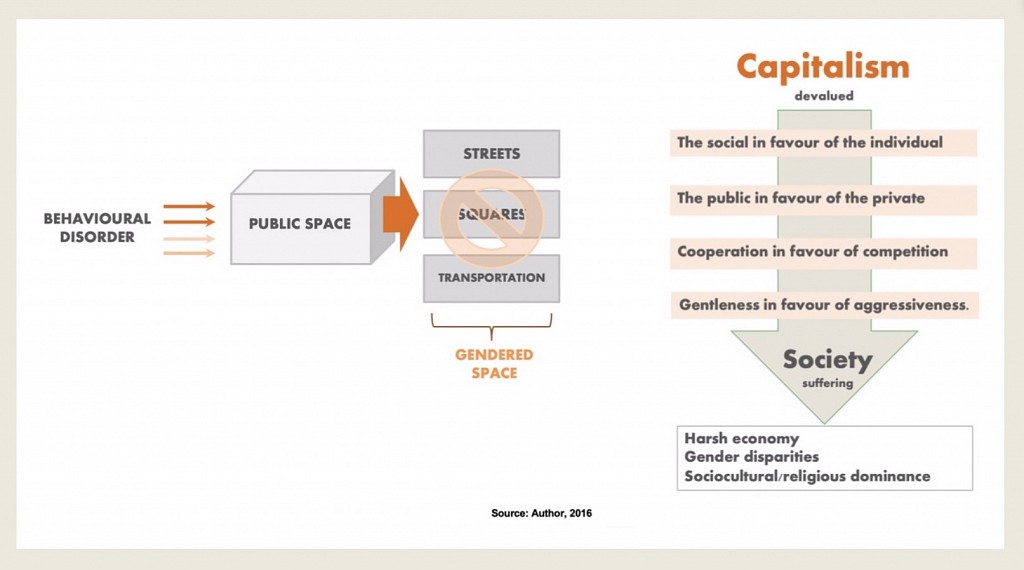