Hussien Al-Mimar Street, The Tale of a Restricted Street

In her book, The Death and Life of Great American Cities, Jacobs identified four urban preconditions for creating streets as active public spaces: high densities of population and activities; mixtures of primary uses; pedestrian-friendly blocks and the retention of old buildings mixed in with new. A fifth element however, ought to be considered, “accessibility control”.
I first went to explore Hussien Al-Mimar Street in Downtown Cairo back in 2008, when I heard about a vibrant cultural complex called “Townhouse” full of activities and art performances. The street was the living manifestation of Jacobs’ four elements. Chaotic mechanic garages were next to a theatre; a traditional cafe opposite a library and a residential building facing a modern art gallery. It was a bohemian thoroughfare frequented by activists, artists and politicians meeting to discuss issues related to economic difficulties and substantial ideas. During the uprising in 2011, the street served as a refuge for protestors, leading it to be under several attacks by the state since then. The ‘open street’ became ‘militarized’ by the police in the name of security. This paper investigates Al-Mimar Street as it evolved from an active public node into a restricted unsafe space. The objective is to discuss to what extent Jacobs theories can be applied on cities under state restrictions like in the Middle East. 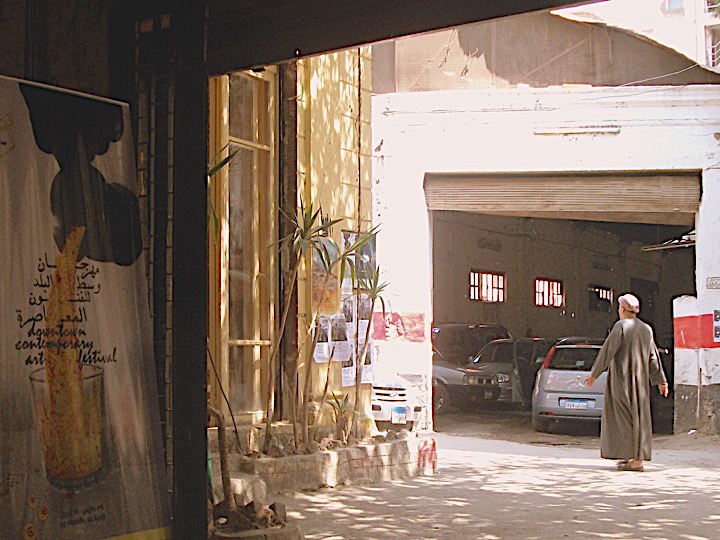 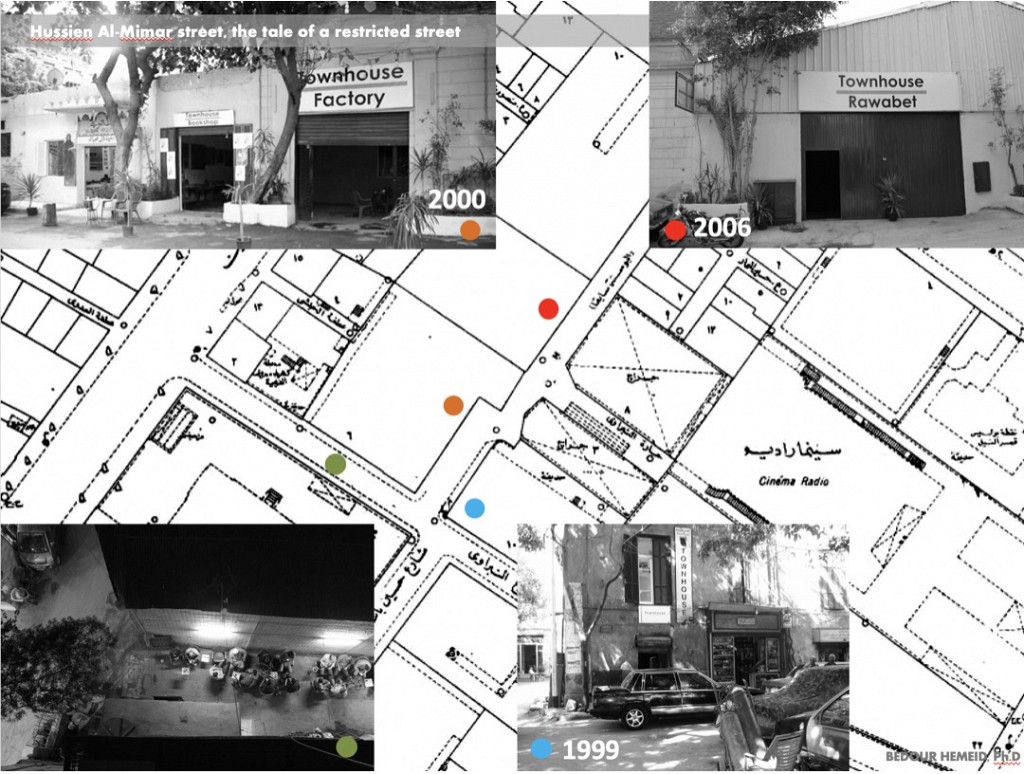 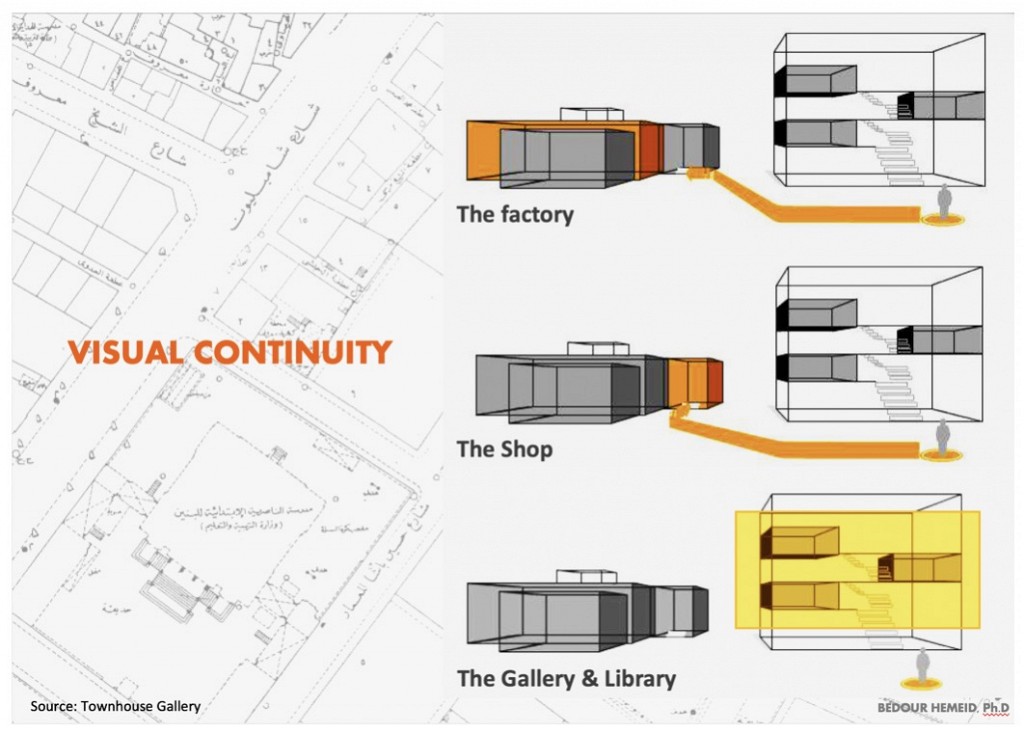