The buildings of the Rugenbergen school were built in the 1970s for two schools, which are grouped around a spacious auditorium. The complex was built with a facade of precast concrete parts and has been rebuilt several times in the recent decades. After almost 50 years, the renovation of the technical installations became necessary. At the same time, classrooms, an expanded administrative wing and the enlargement of the auditorium for meetings must also be dealt with. For this purpose, a new classroom wing with 8 classrooms is added in addition to a two-storey administrative wing. A facade system is being developed which is suitable for the new components as well as for the subsequent gradual refurbishment of the existing facades. In addition to the renovations and extensions, the building will be made accessible to people with reduced mobility and special needs. For this purpose, the internal traffic routes are redesigned in such a way that all relevant premises are accessible. A new colour concept and graphic orientation system also gives the building a new appearance inside. The plans and implementations are carried out in close contact with the users. 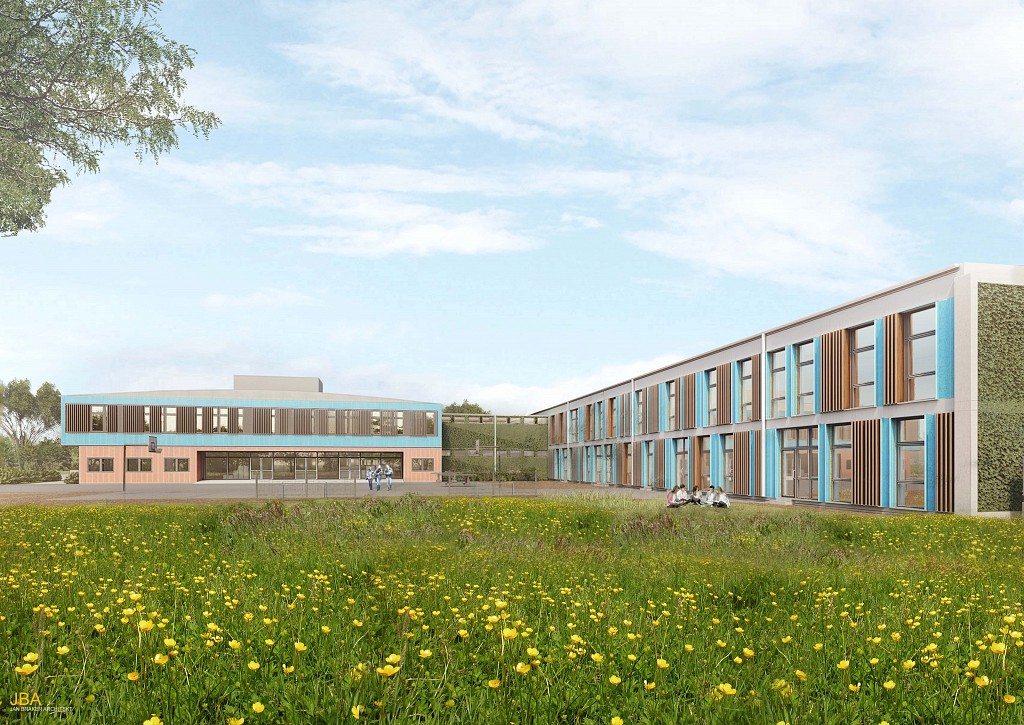 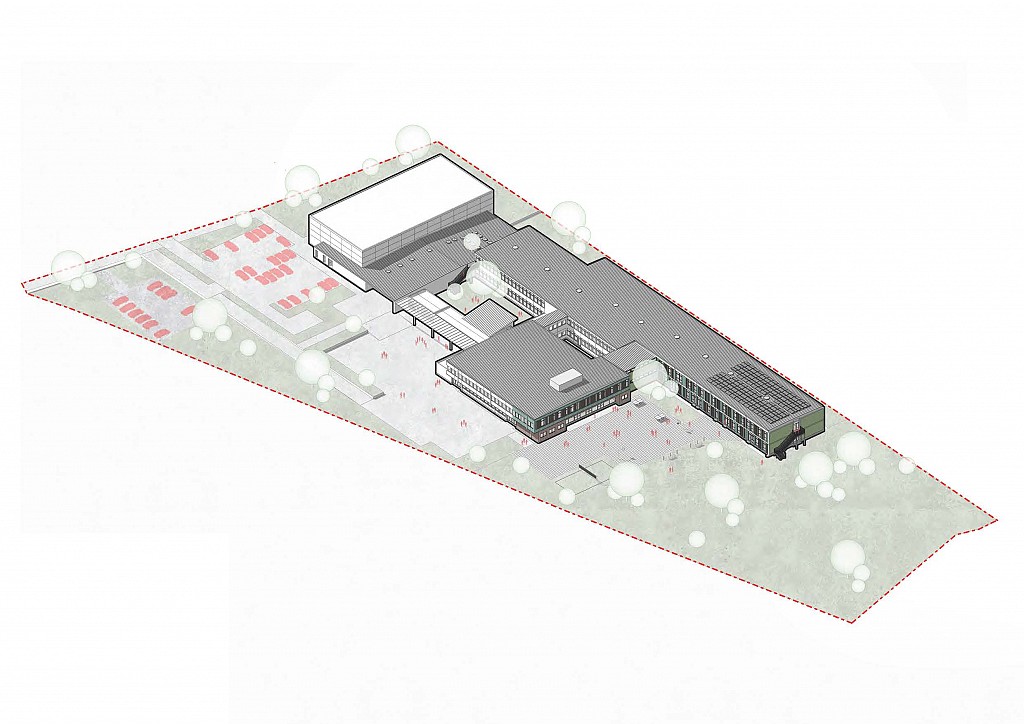 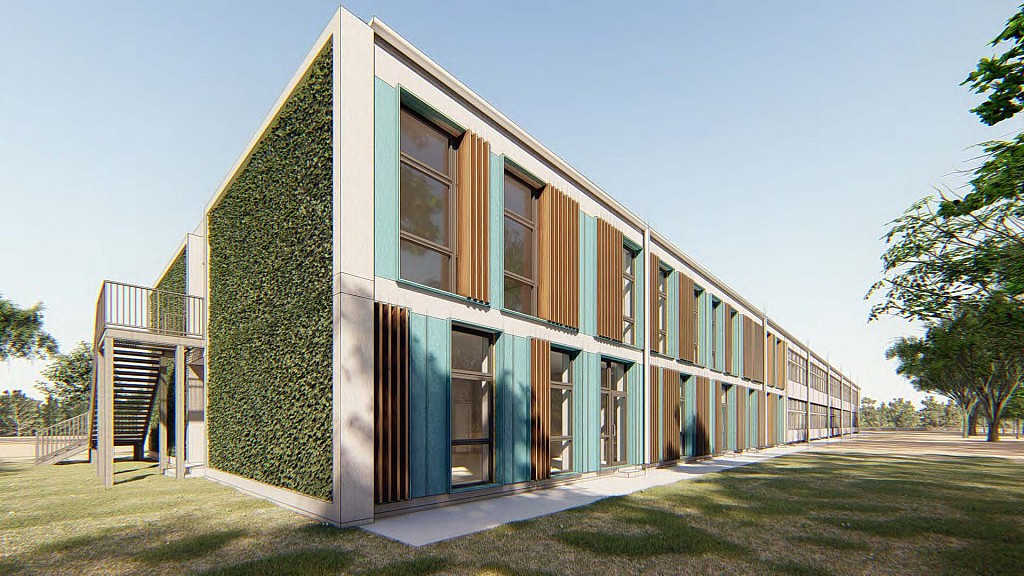 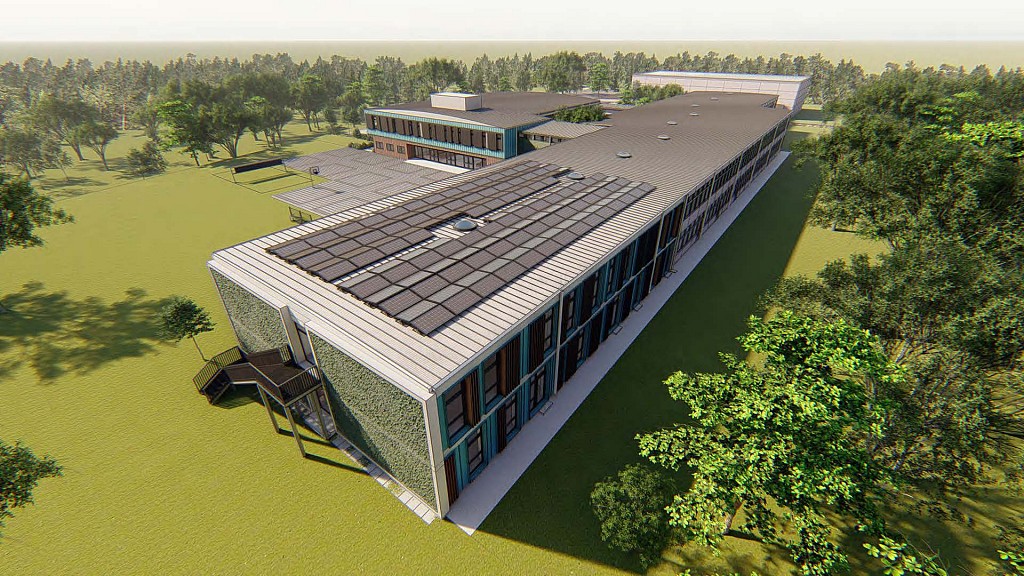 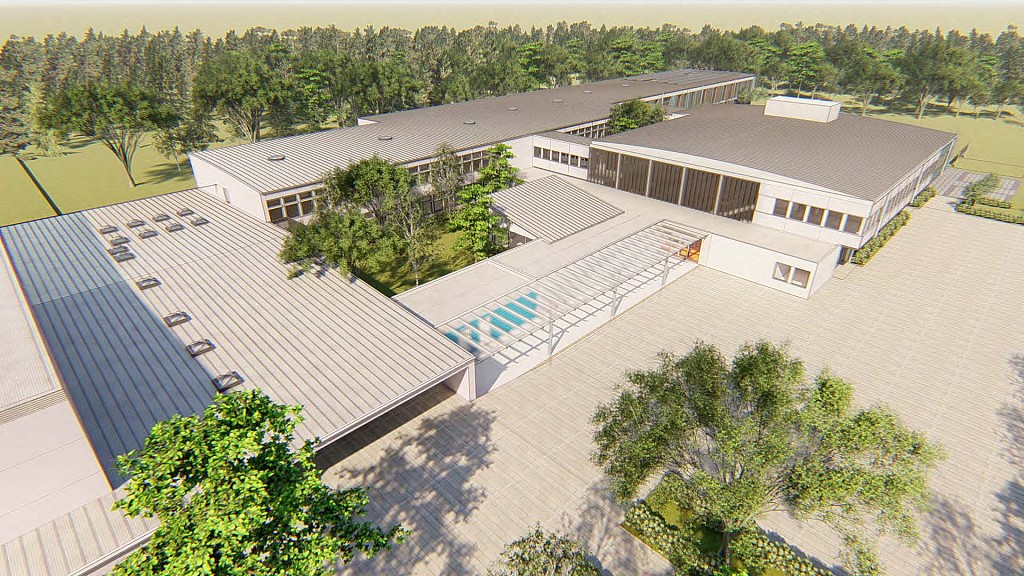 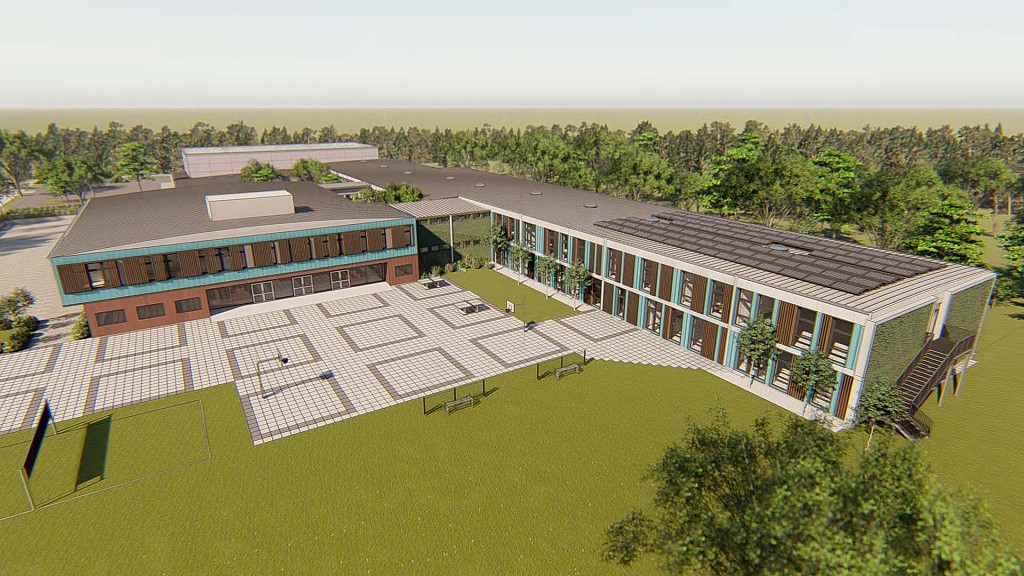 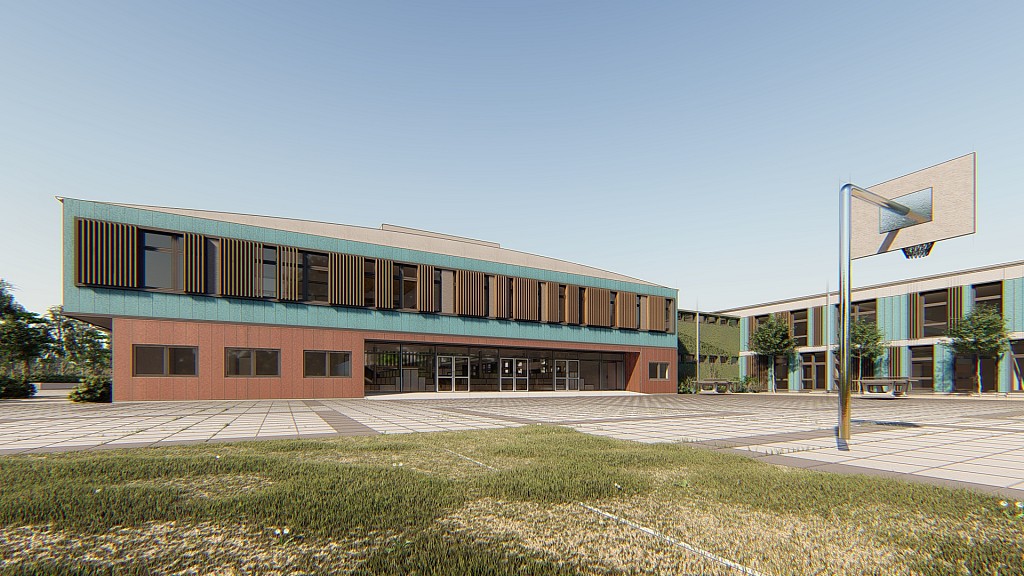 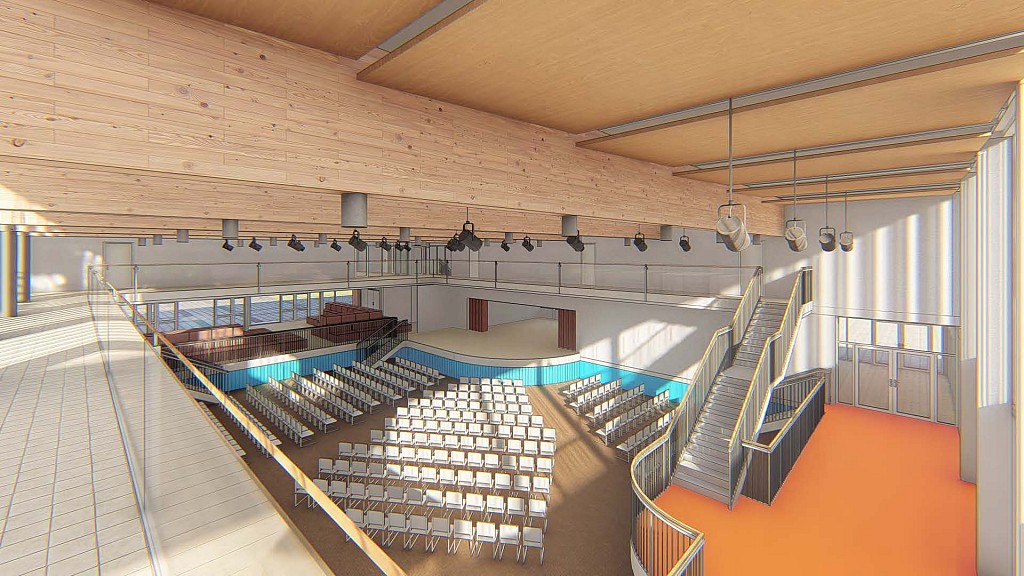 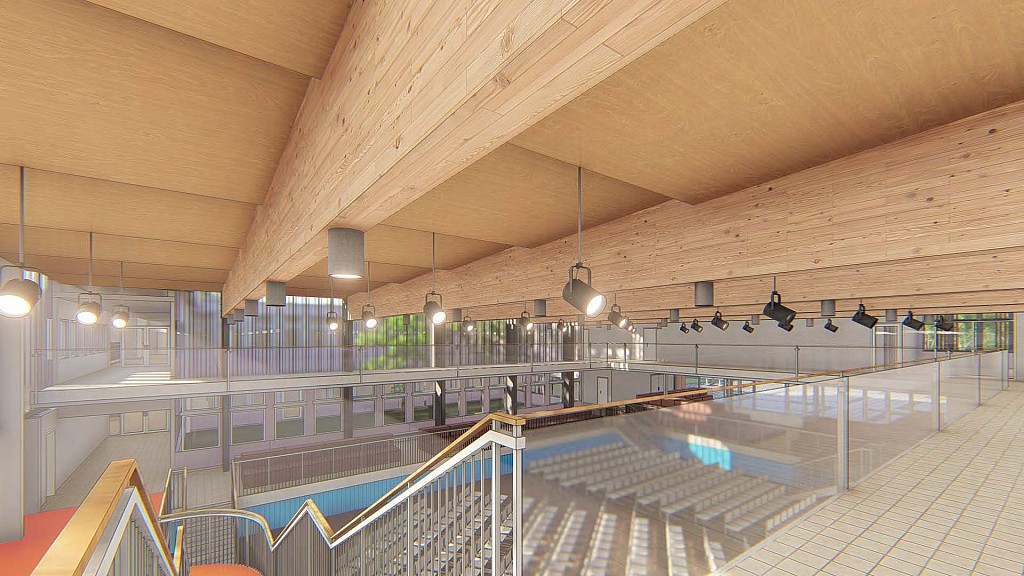 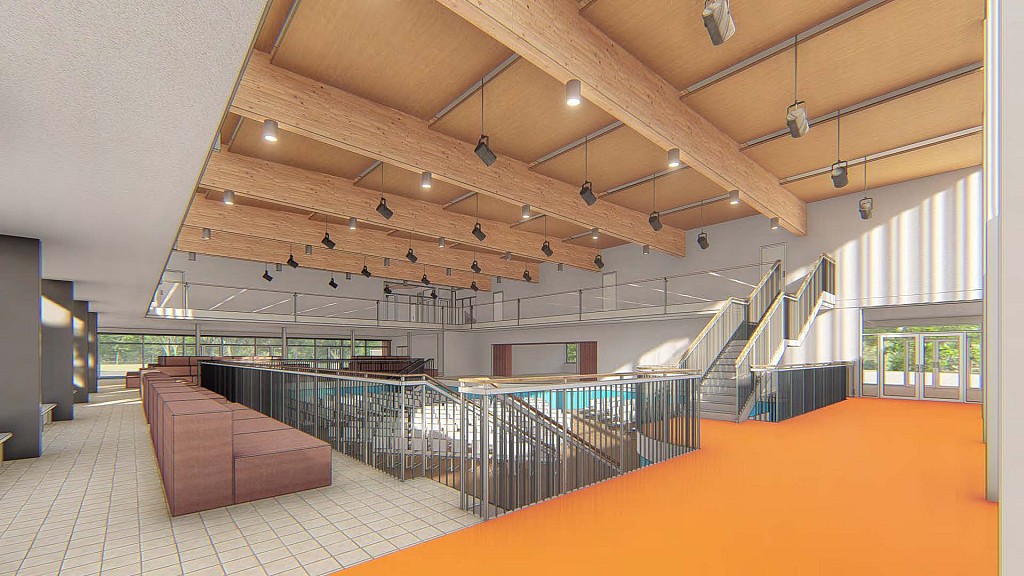 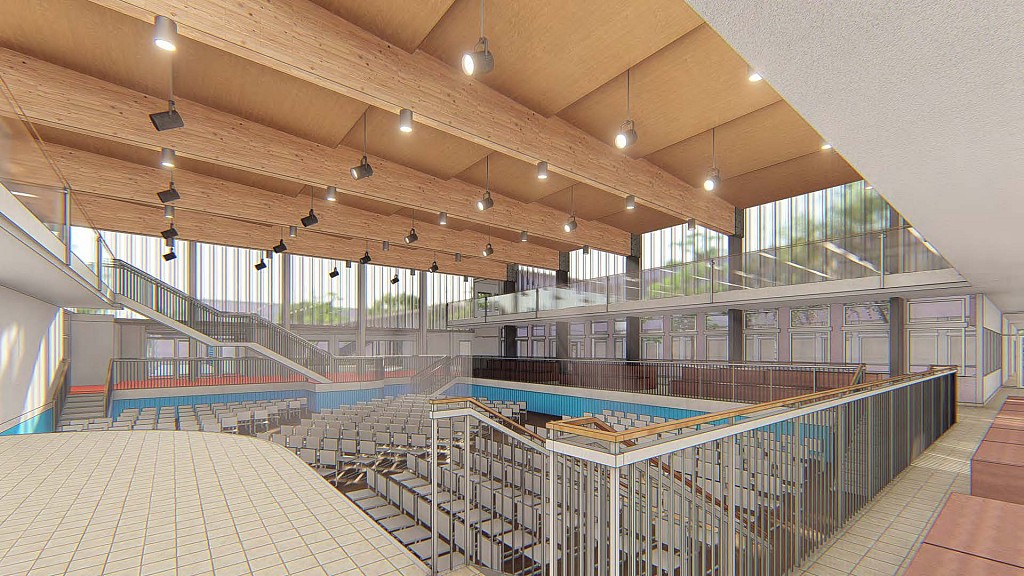