The bavarian town Holzkirchen should get a new school with large sporting facilities. The place is situated in a beautiful, slightly hilly, green landscape. An institution should be created for about 300 pupols with a big gymnasium and sport fields which will also be used by the local community.
The stripe-shaped fields are used as a starting point and the impressive, green turfs of the scenery are cut into different widths, are raised and animated. Parts of the exterior surfaces are formed in an accessible way, e.g., as a sunbathing area and playing field or as seating steps. Core of the arrangement is a centrally situated break court including a high level walkway from which the diverse variations of the landscape bands are recognizable and experiencable in the different directions.
A public way leads from the town centre of Holzkirchen directly through the centre of the new arrangement up to the parking bay with connection to the federal highway. Thus the design inspired from the surrounding scenery is developed into a tectonic intertwined sculpture and forms an interface between country and town. 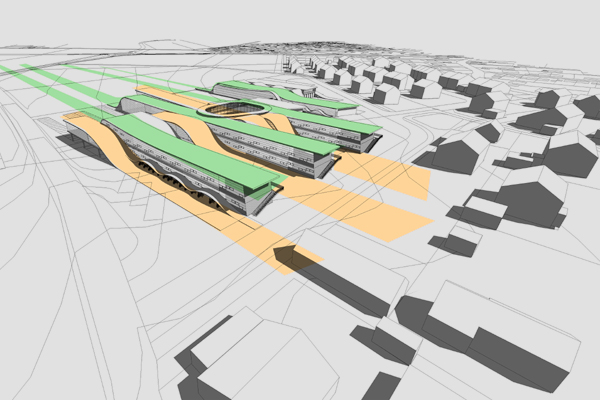 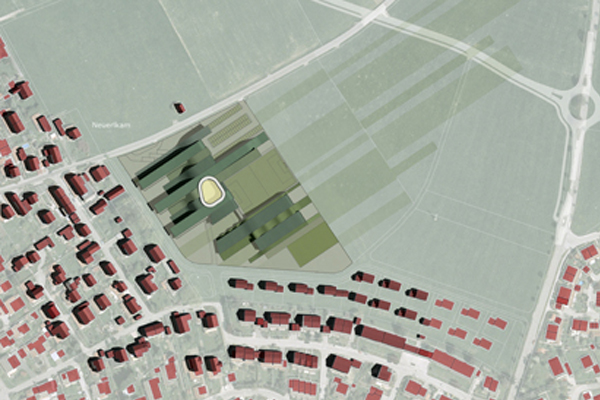 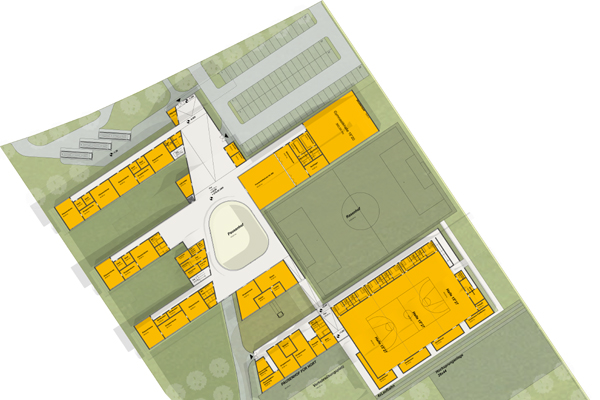 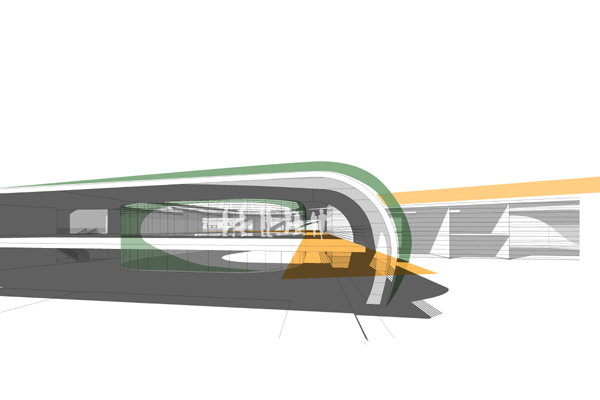 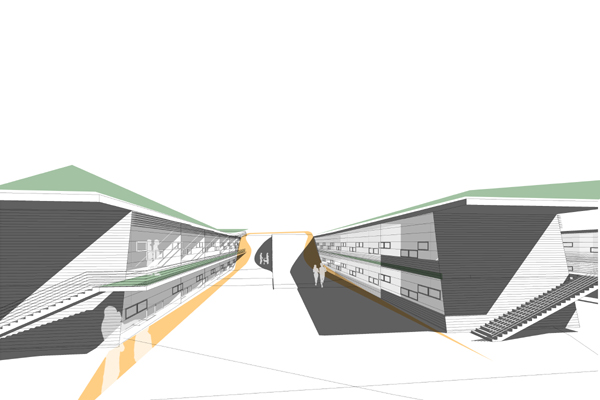 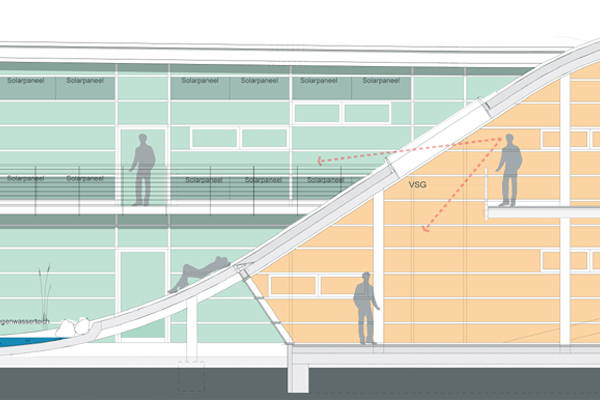 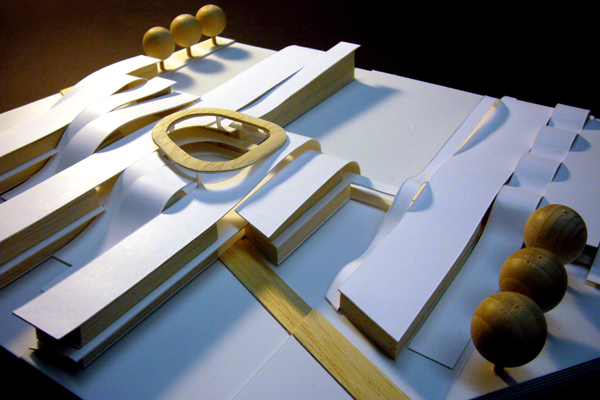 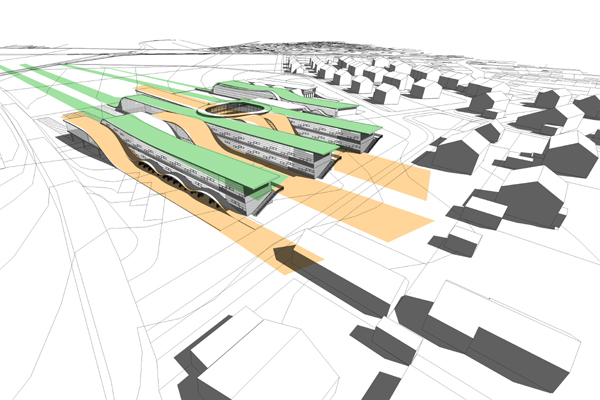