The art house Saarbrucken is accommodated in a pavilion ensemble from the 60s and should be extended. The city authorities who commissioned the competition prefered a supplement construction as a solitaire in front of the old building situated in a park to emphasize the importance of the institution with the new building.
However, the design plans to surround the entire existing buildings with a new cover and to accommodate there the area enlargements. A new, black exhibition cube which is lit by roof lights is added to the existing cubes. The available old building facade is put in scene by light slits and atriums respectfully as a „house in the house“ in scene. The areas are extended and connected multifunctionally by means of movable walls and new internal walking relations.
The new art house is united under a more lower level, continuous roof which shows a contrast to the orthogonal existing buildings in its curved form. The facade has an external layer of steles which follows the form of the roof and are turned depending on the needs of the functions behind it and thereby create a constantly changing appearance of the new development. 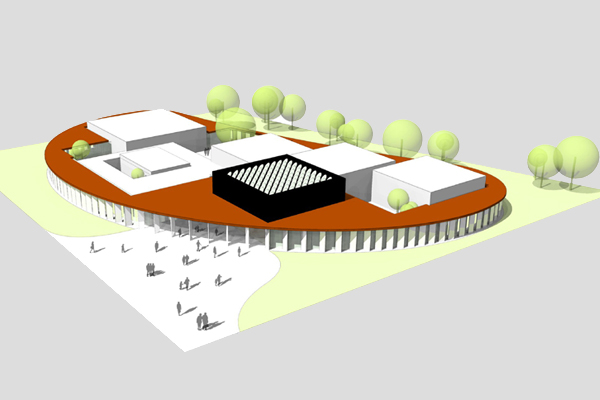 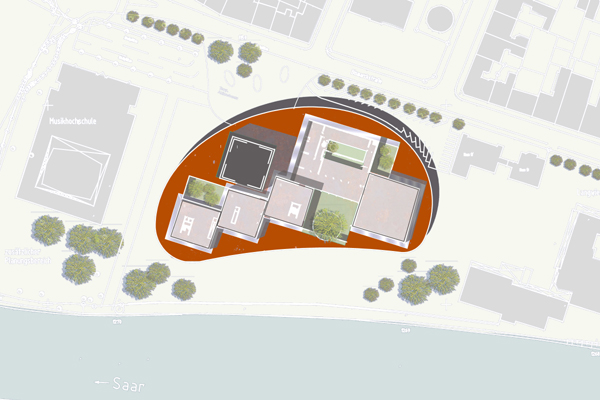 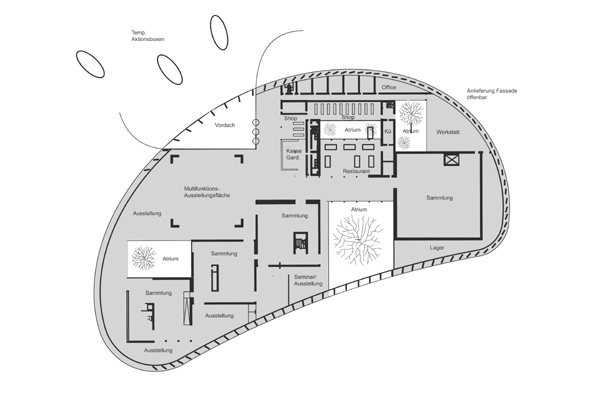 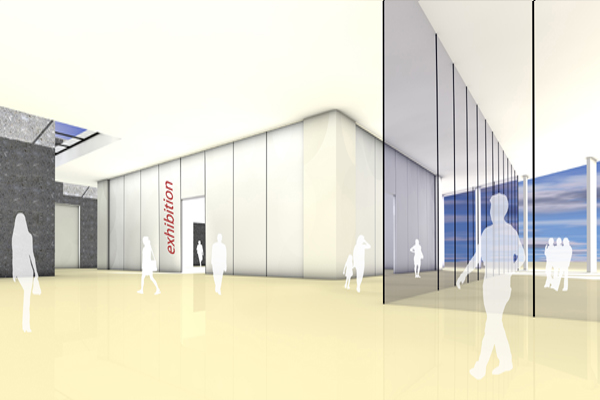 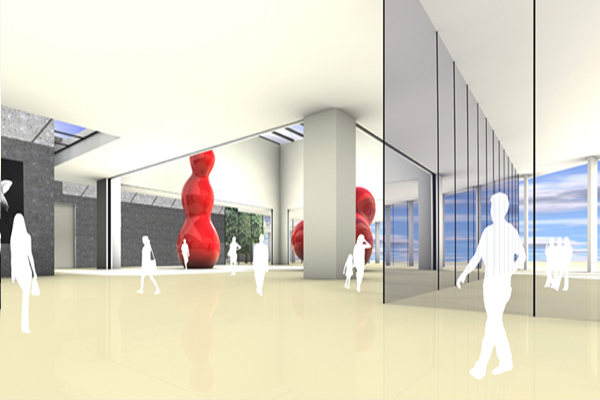 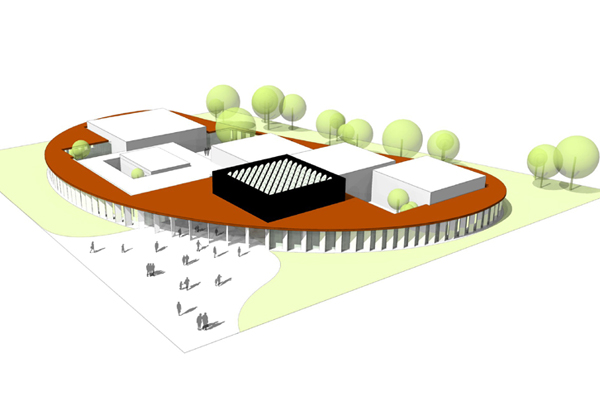