A kindergarten for 75 children, some of them handi- capped, has been created in the area of a former tree nursery. The corner-shaped, slightly raised arrangement on the property separates the also newly built street and parking arrangement from the generous open air play area.
In front of the floor-to-ceiling glass facades of the day rooms is a continuous terrace which is protected by a far cantilevered roof edge. The asymmetrical pitched roof is equipped with a solar energy plant, the colour of the metal roof cladding is in line with the solar cells. A system of prefabricated gang nail trusses was chosen as a supporting roof structure as it is a constructively efficient, time-saving technology to built the unusual shape of the roof.
The appearance of the long-stretched development in an agriculturally characterized environment continuously changes according to season and light. The typology of the neighbouring buildings was taken as a reference and modified according to the demands of use and situation. The new kindergarten develops an independent character in otherwise homogeneous town planning surroundings. 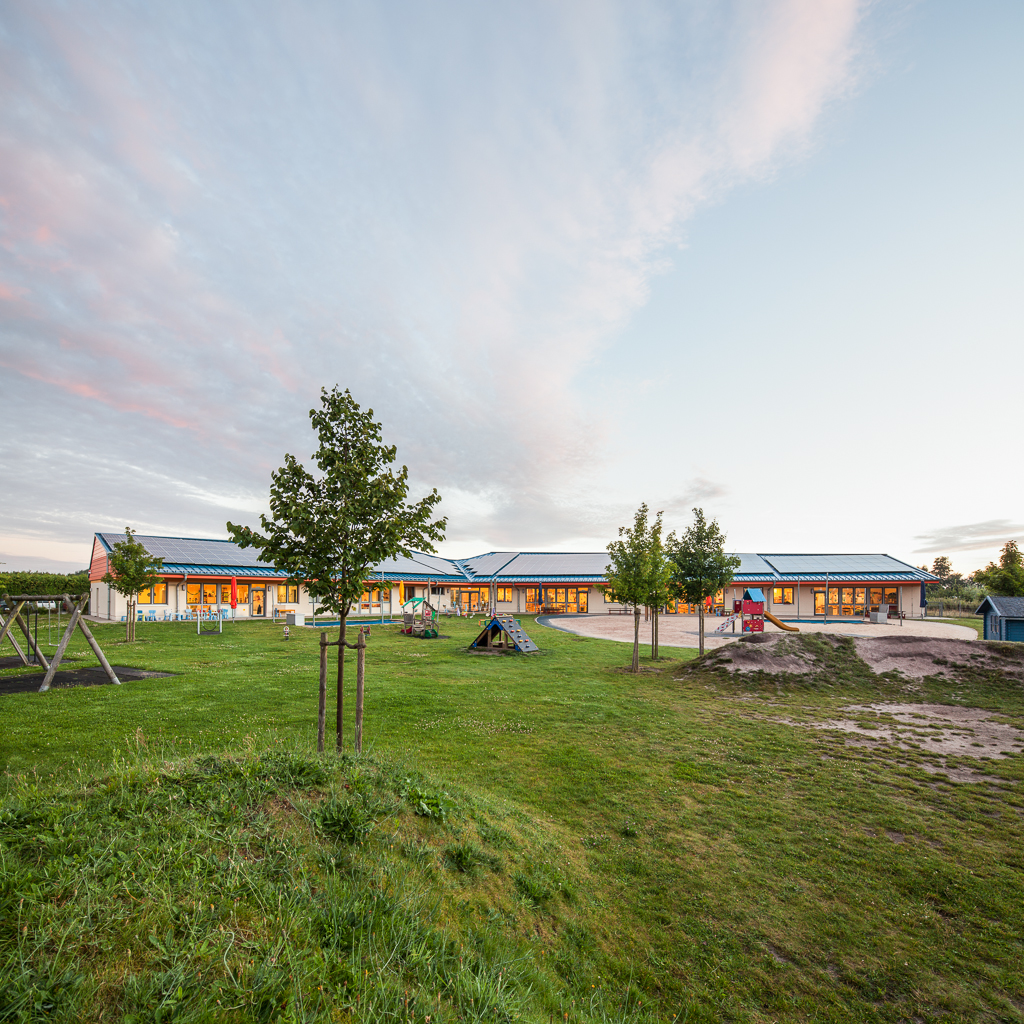 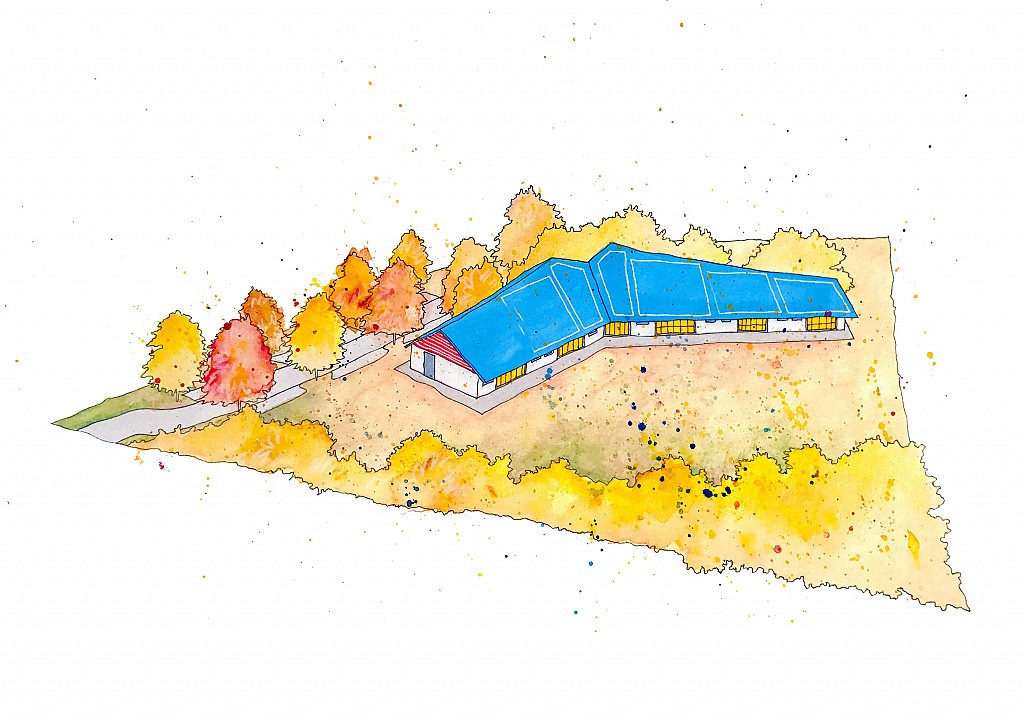 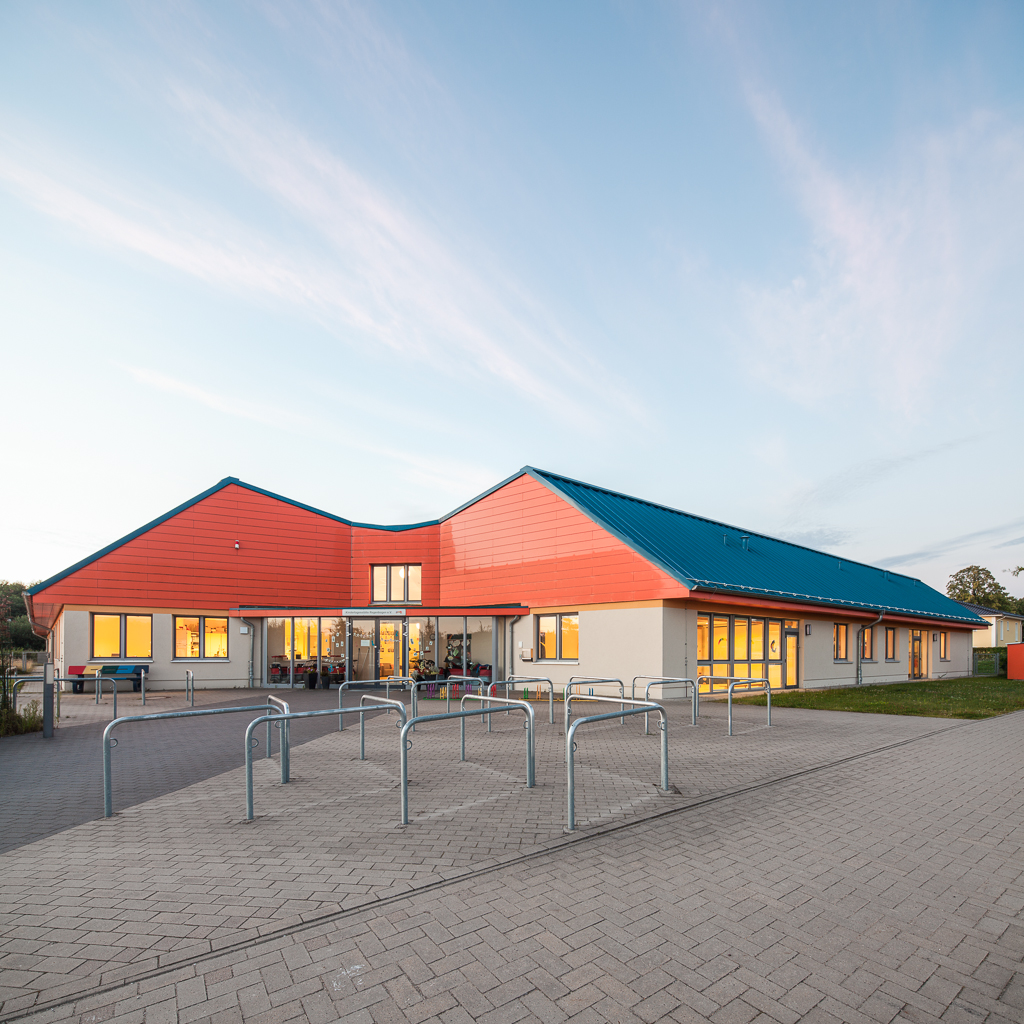 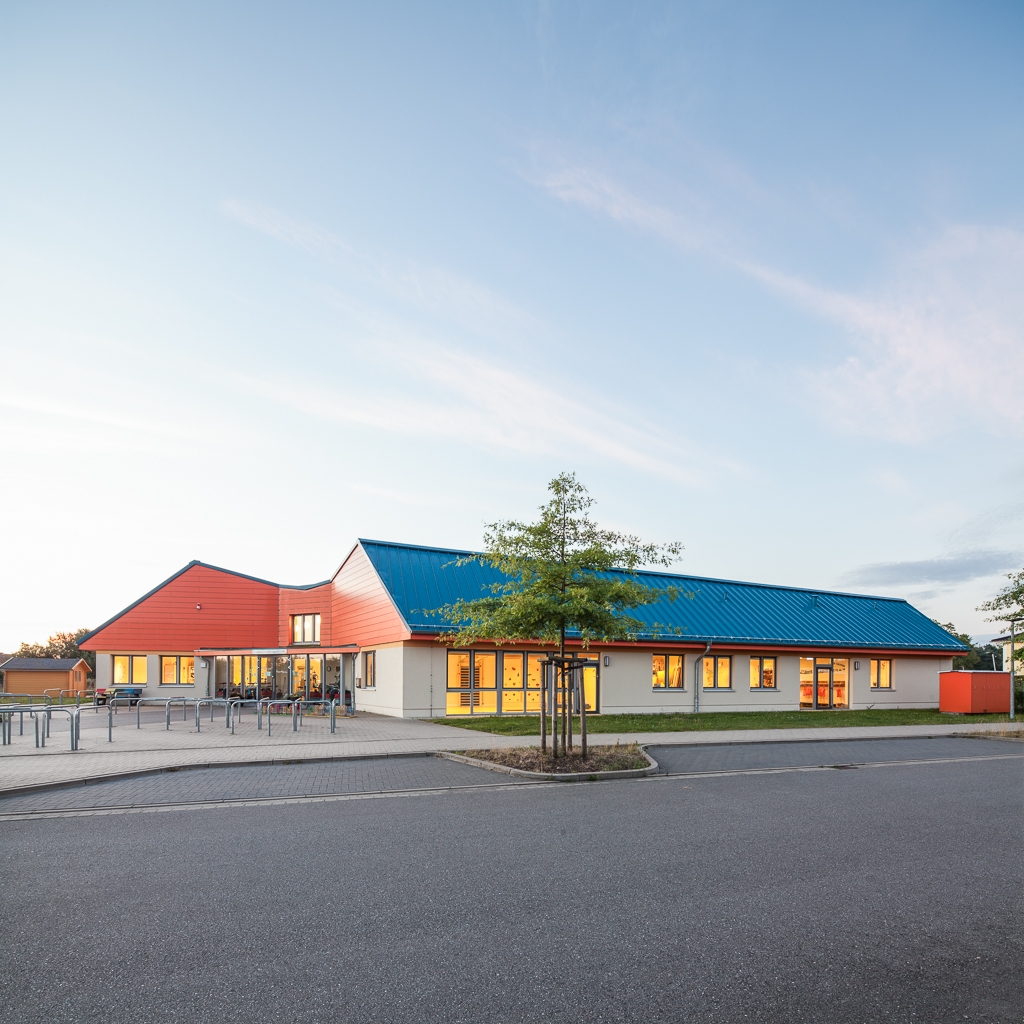 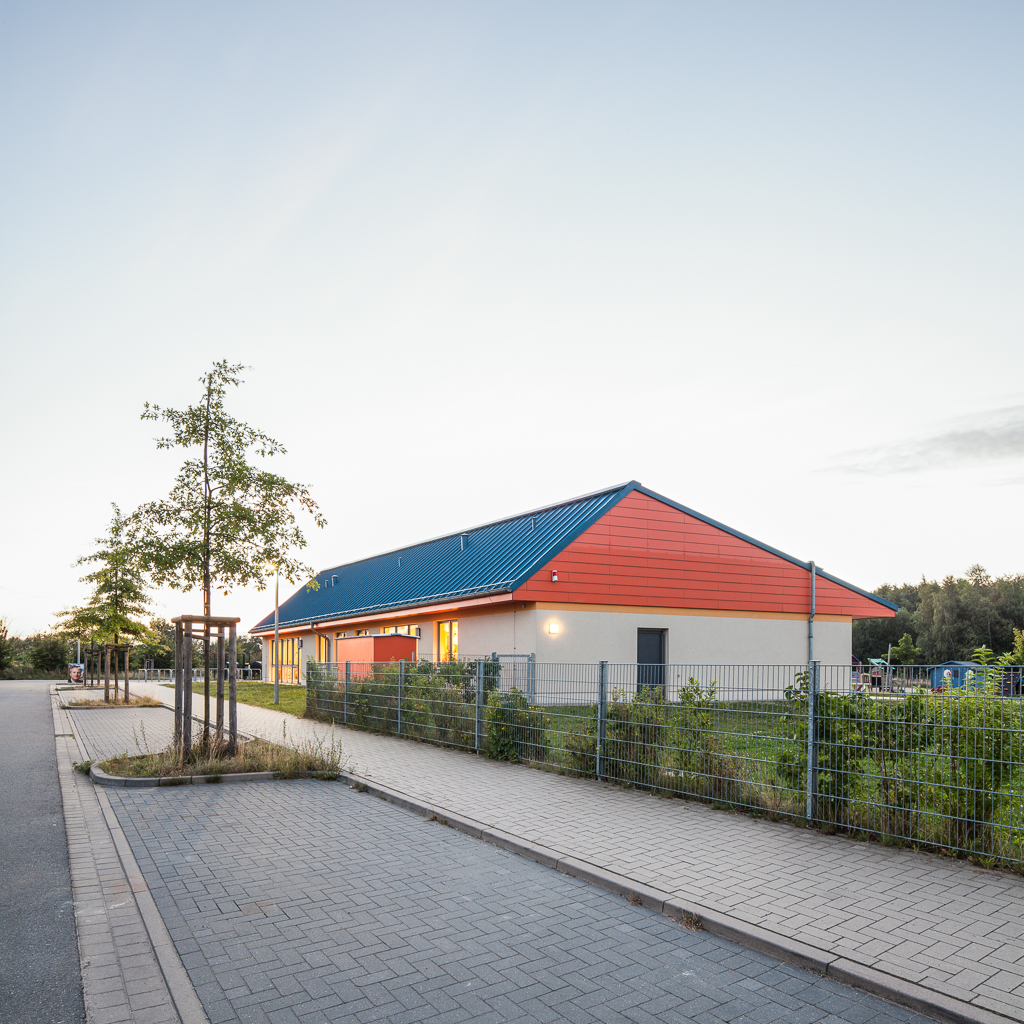 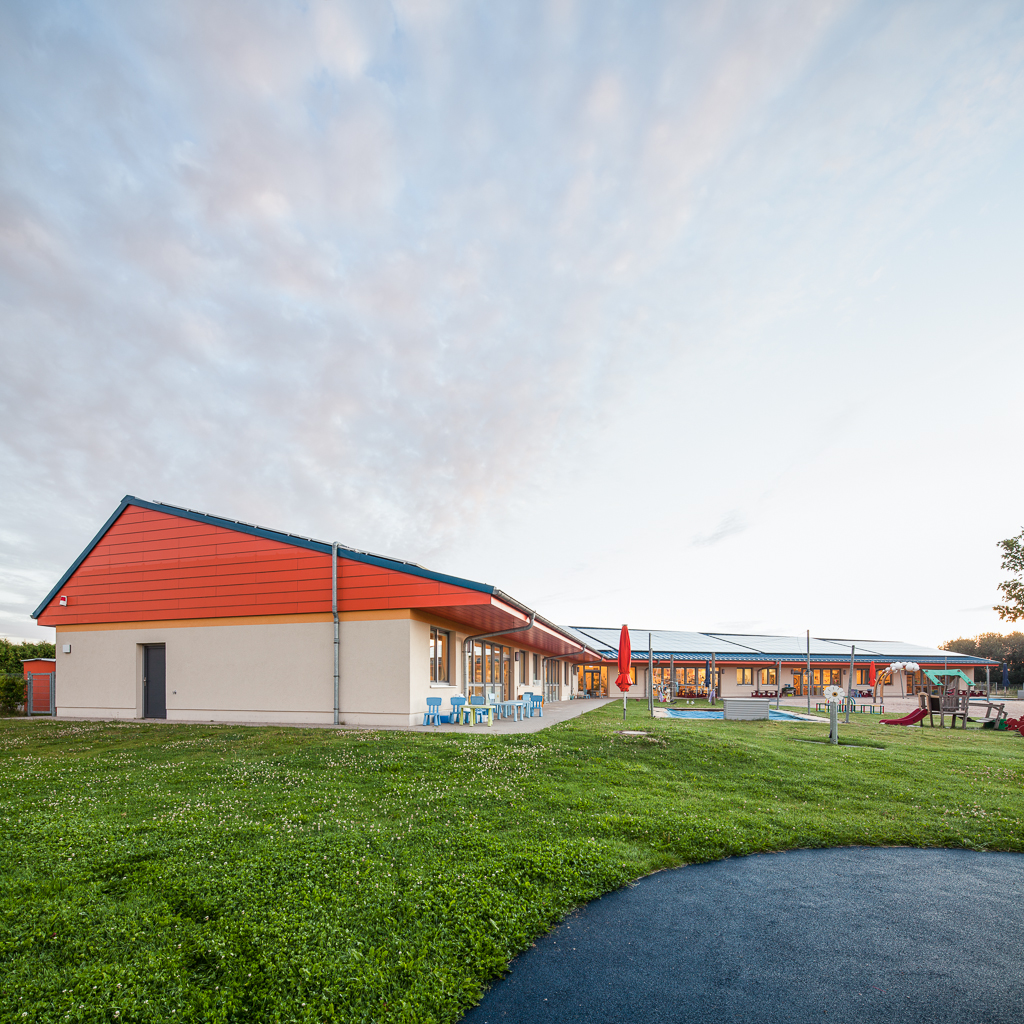 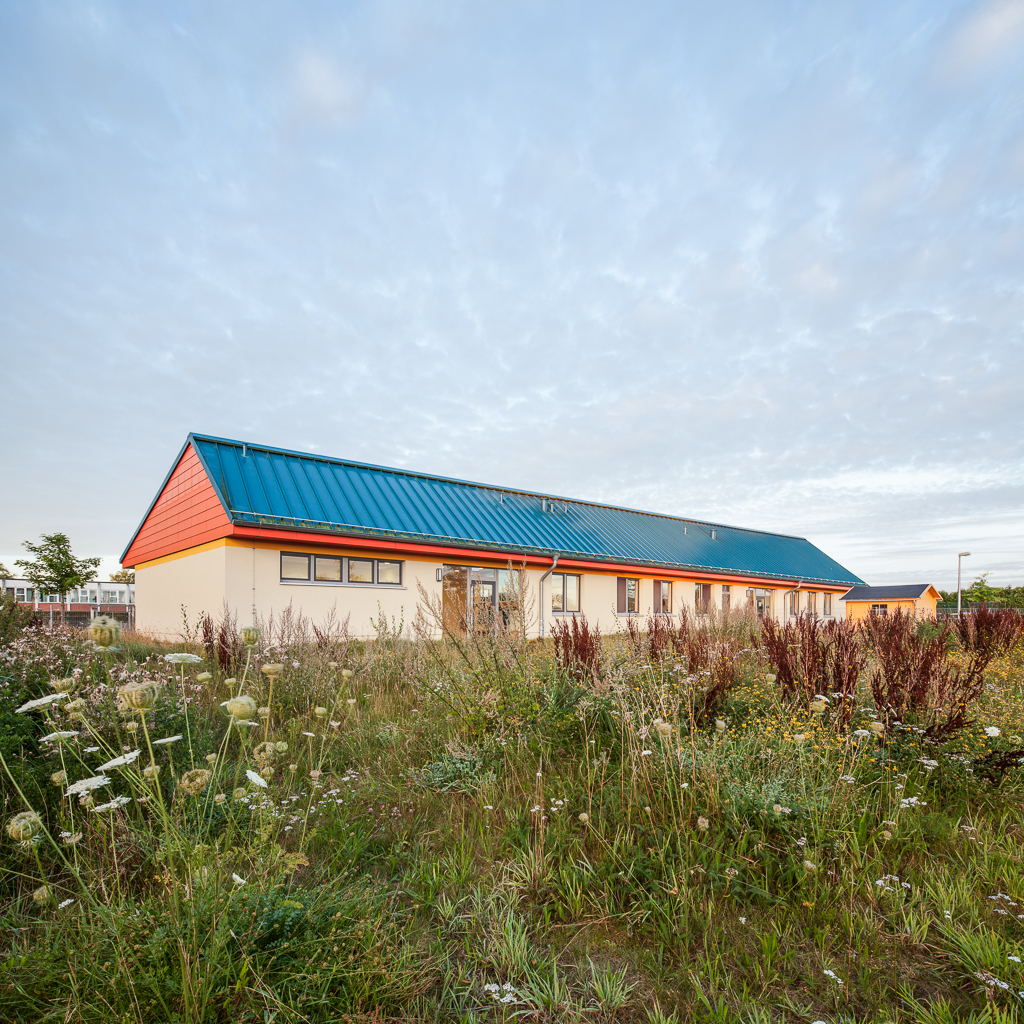 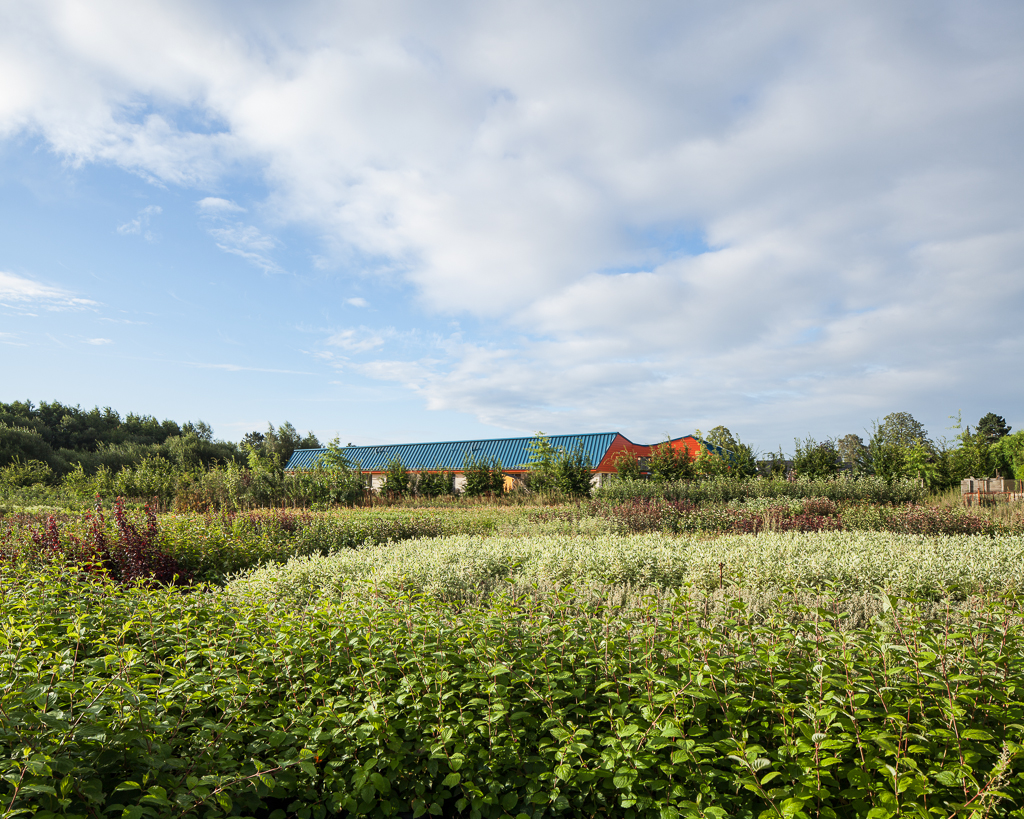 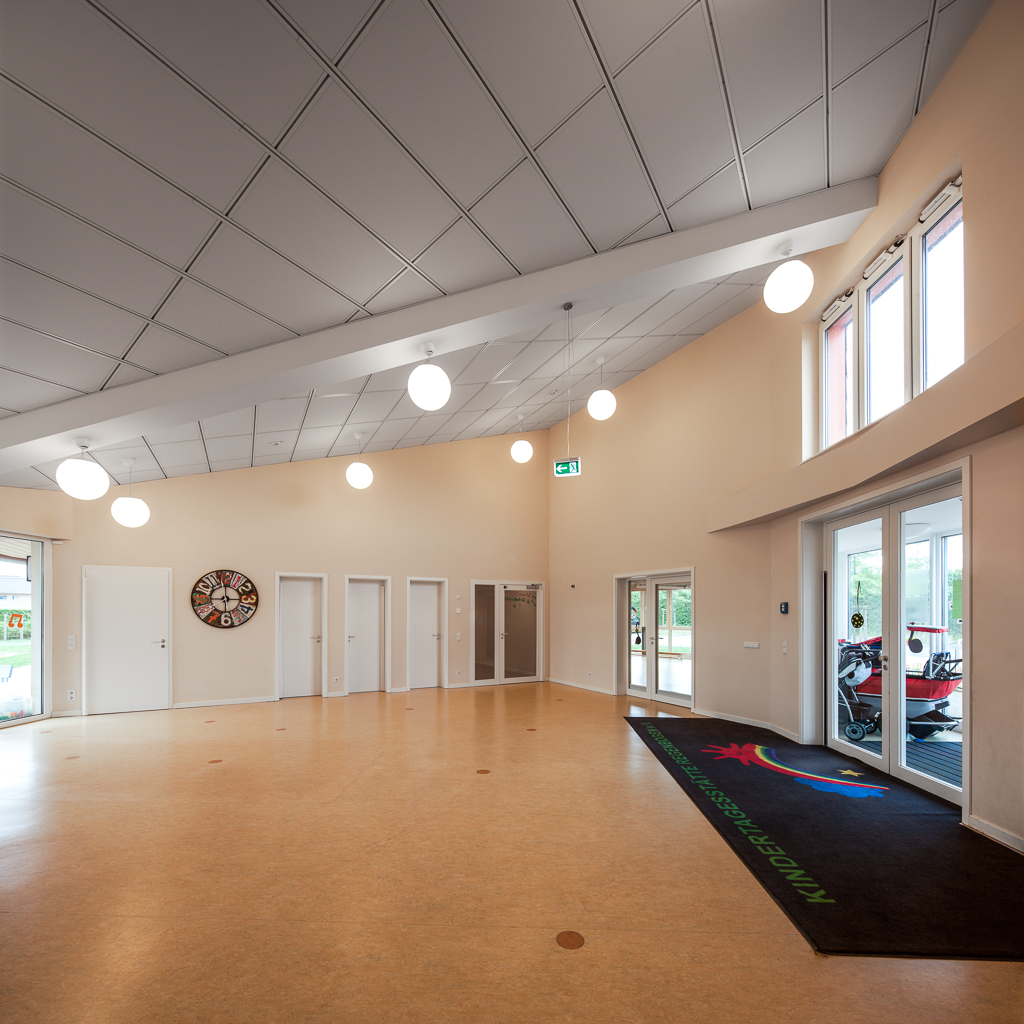 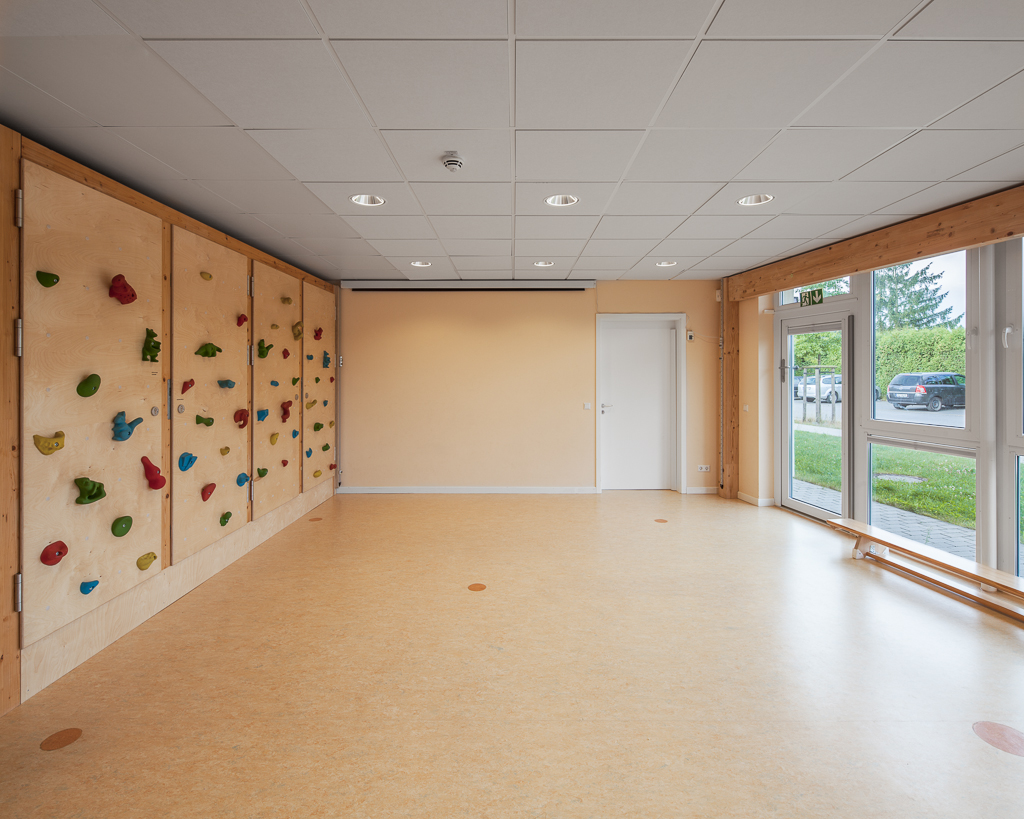 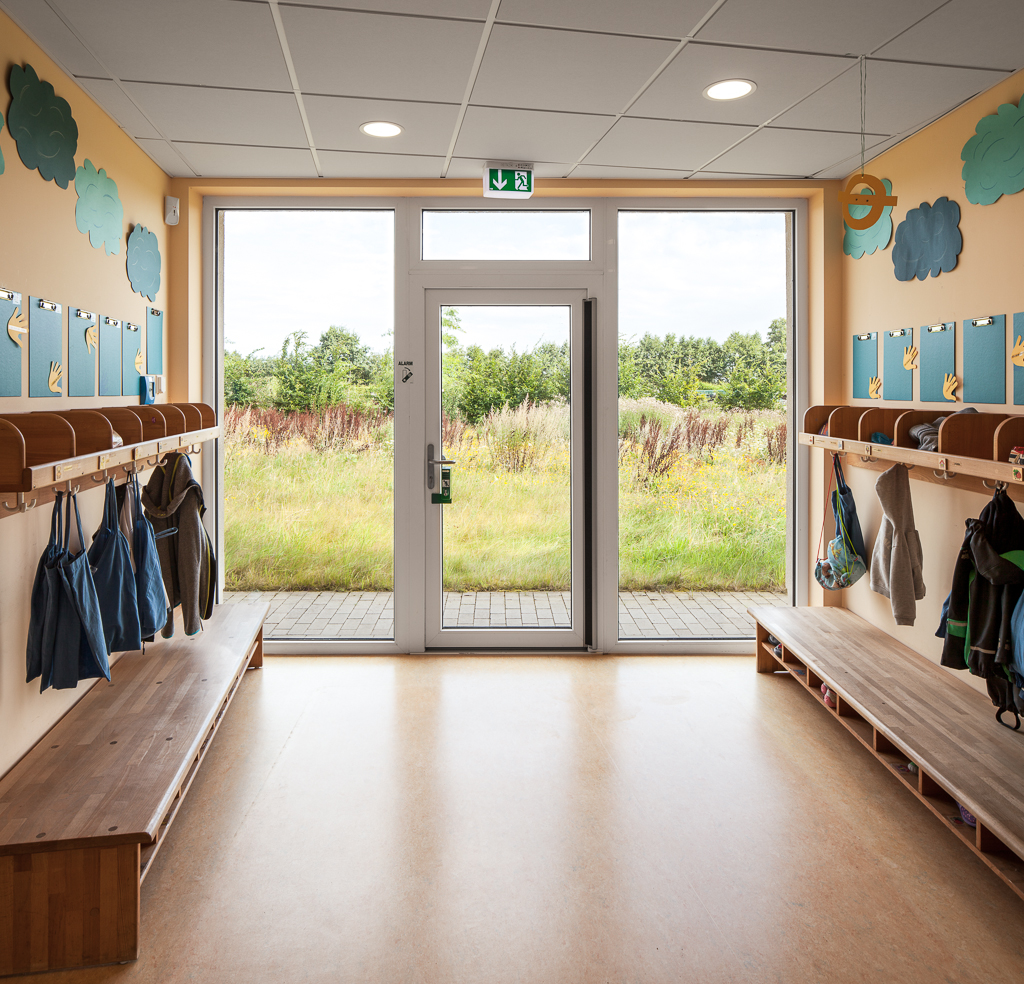 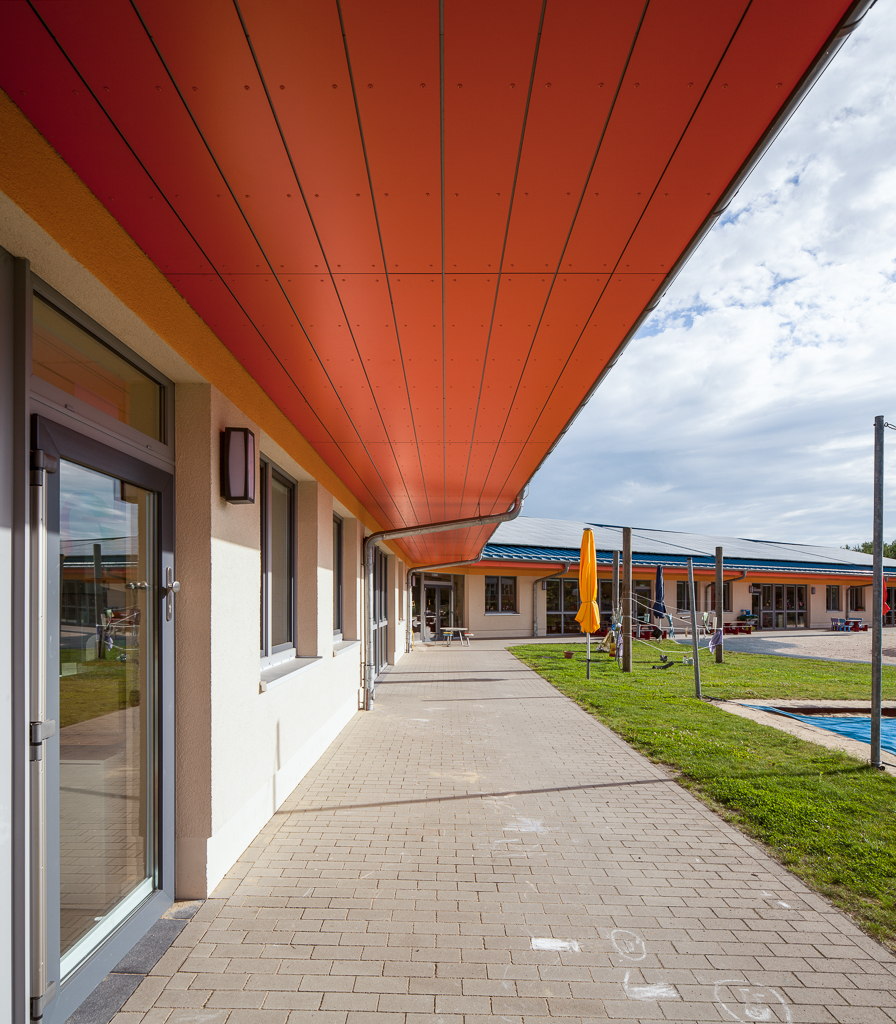 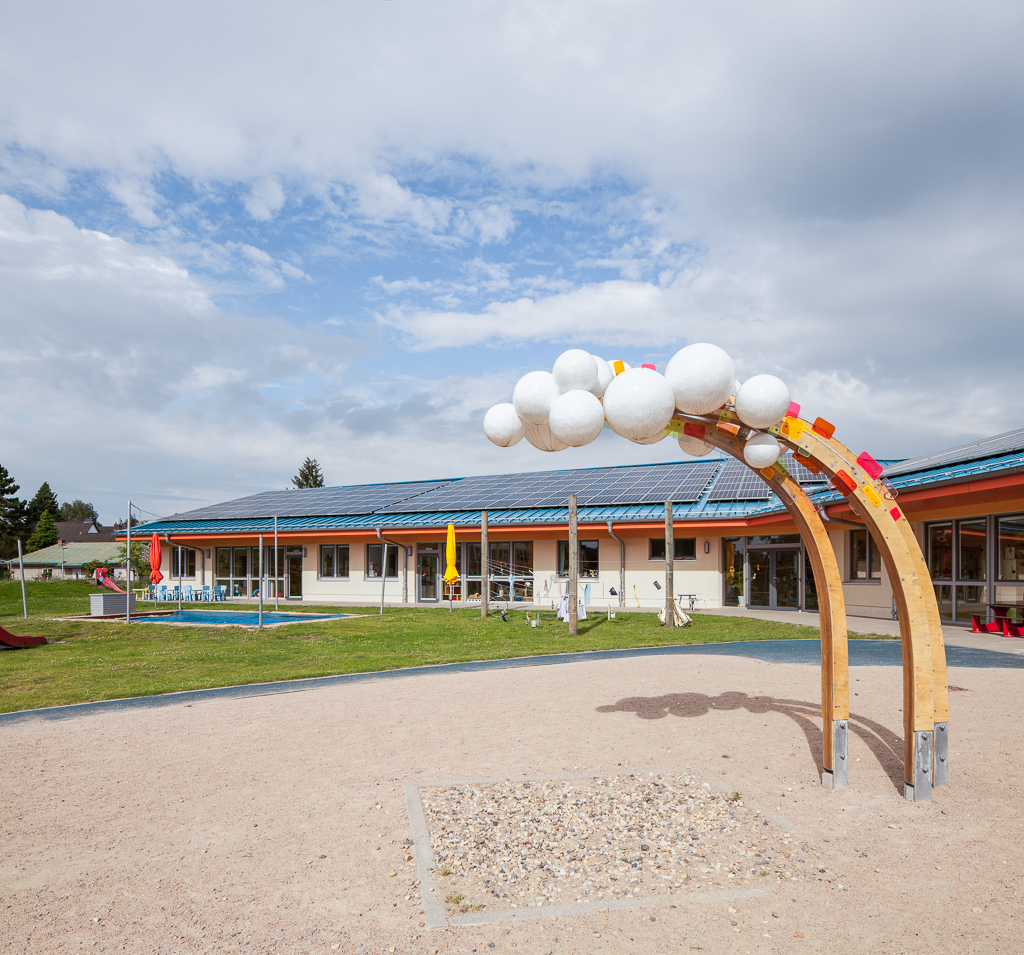