A kindergarten for 100 children has been created on the former site of a tree nursery. In addition to the building and outdoor play area, a parking lot and a rainwater retention basin were to be created on the square plot. The cubature of the building shields the outside area from a busy road and nearby train tracks. A central hall enables short distances and is used as a space for movement. The lighting and ventilation of this room is ensured by roof windows, which result from a part of the roof that is "folded" upwards. All of the children's group and recreation rooms open to the outside play area with a high glass facade. The terrace is equipped with a pergola, which guarantees sufficient shading when the sun is high and at the same time offers the possibility of installing play equipment and sun sails. The kindergarten was embedded in a varied exterior design, which complements the linear form of the new building with organic forms. The building was constructed in solid construction. A stimulating environment was created through the choice of facade materials and the design of the facade and the pergola 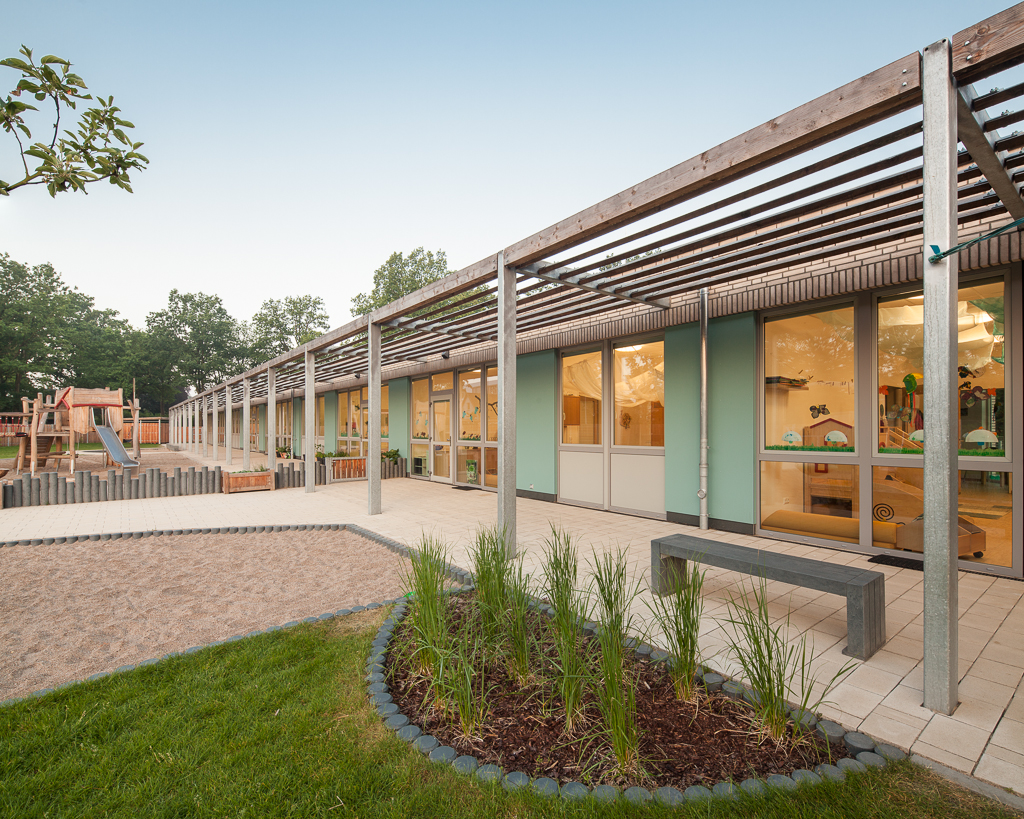 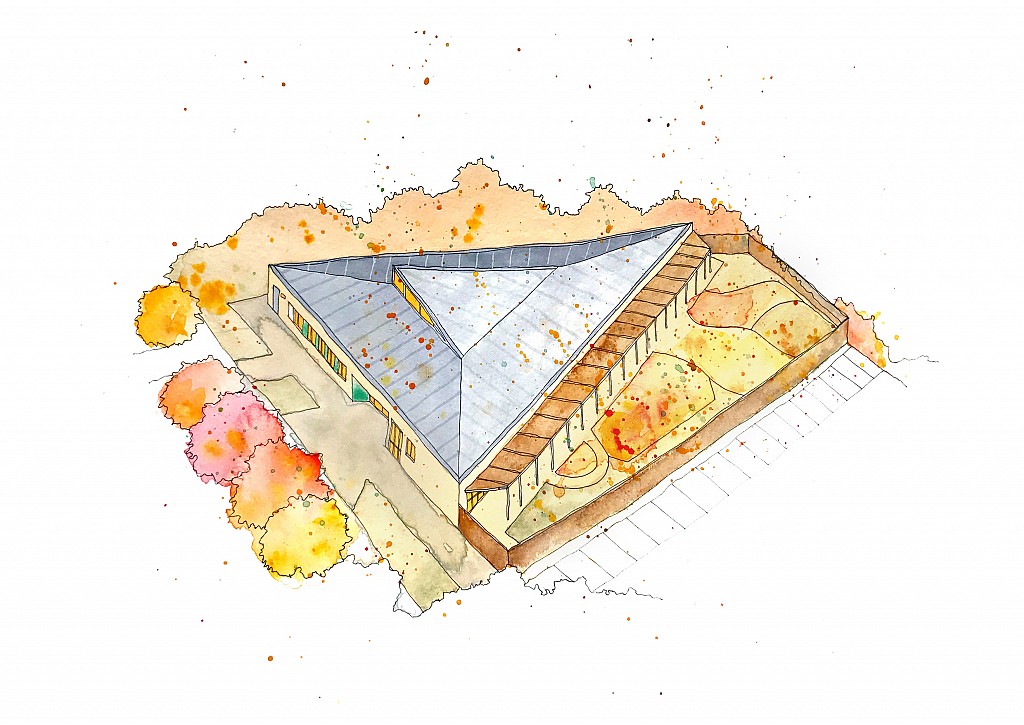 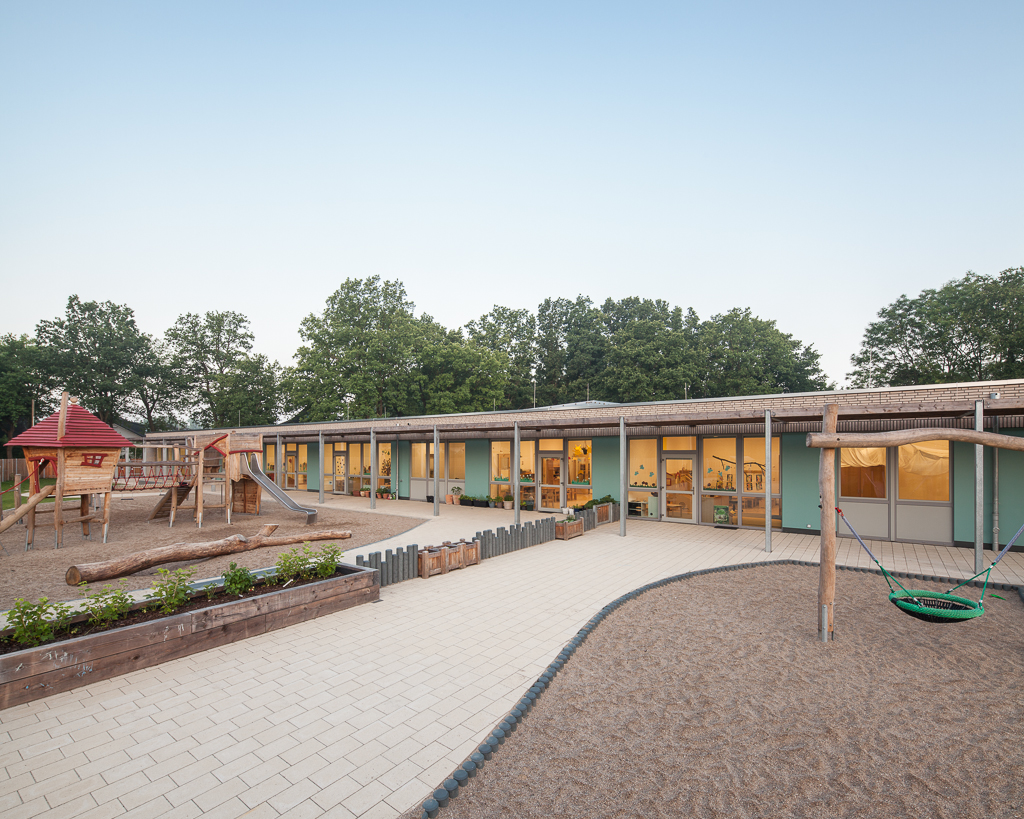 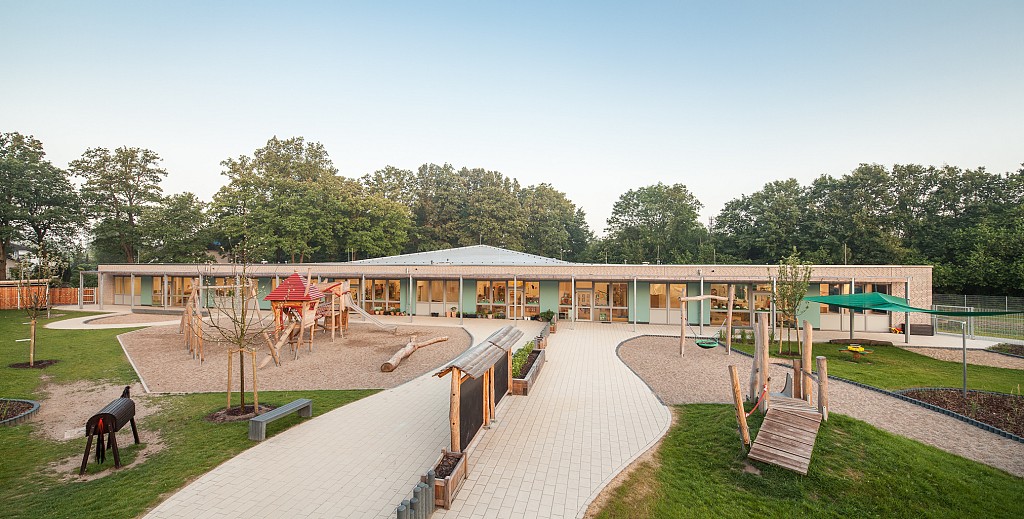 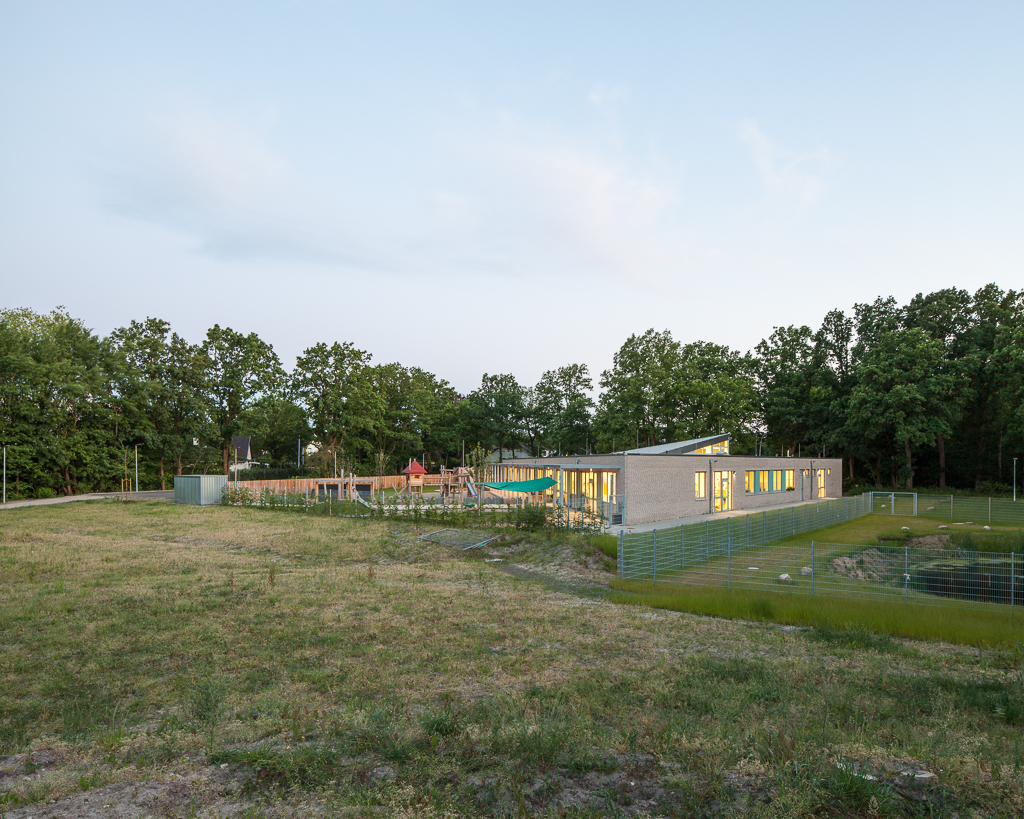 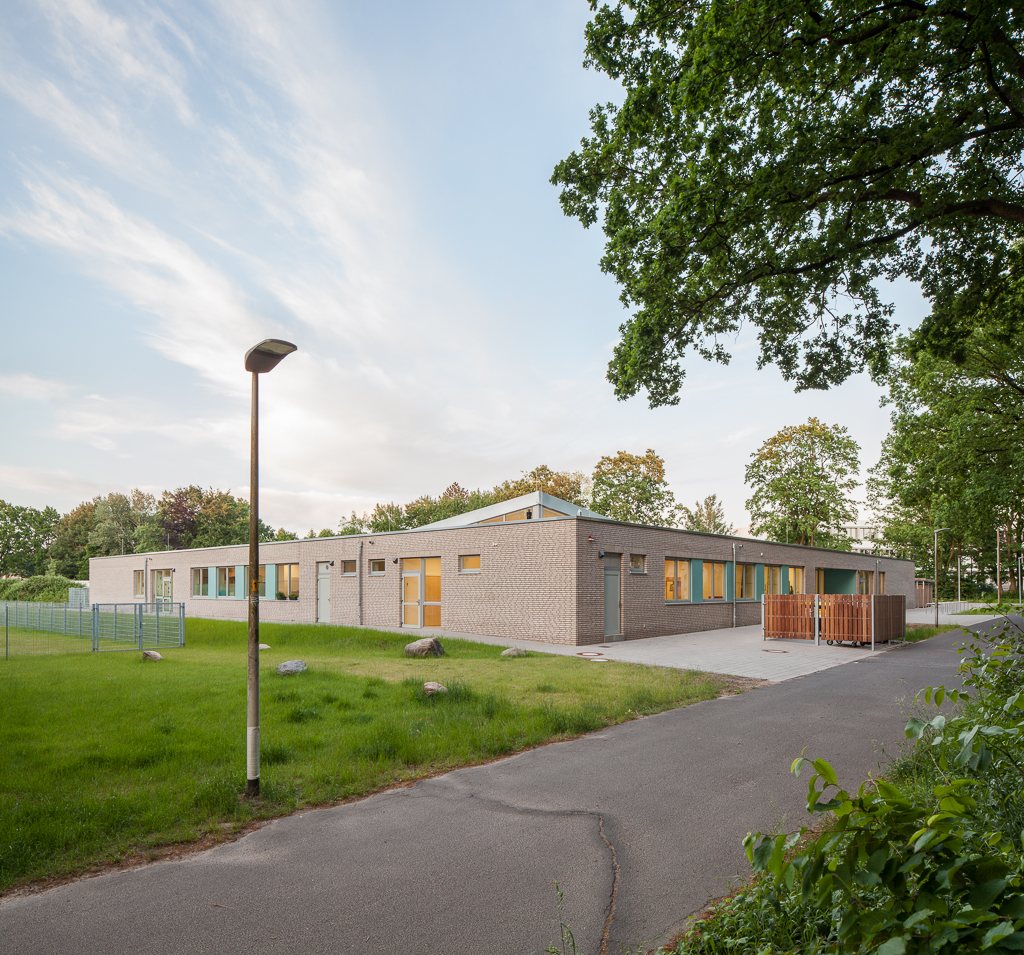 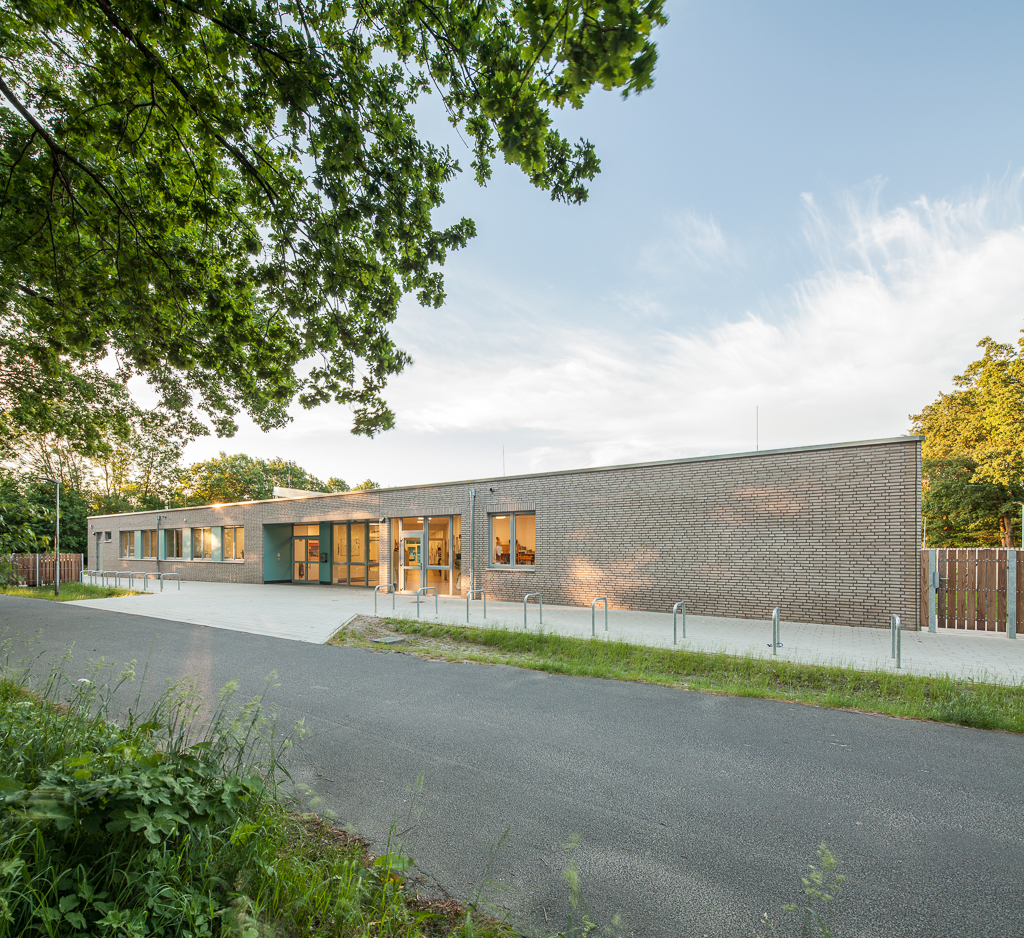 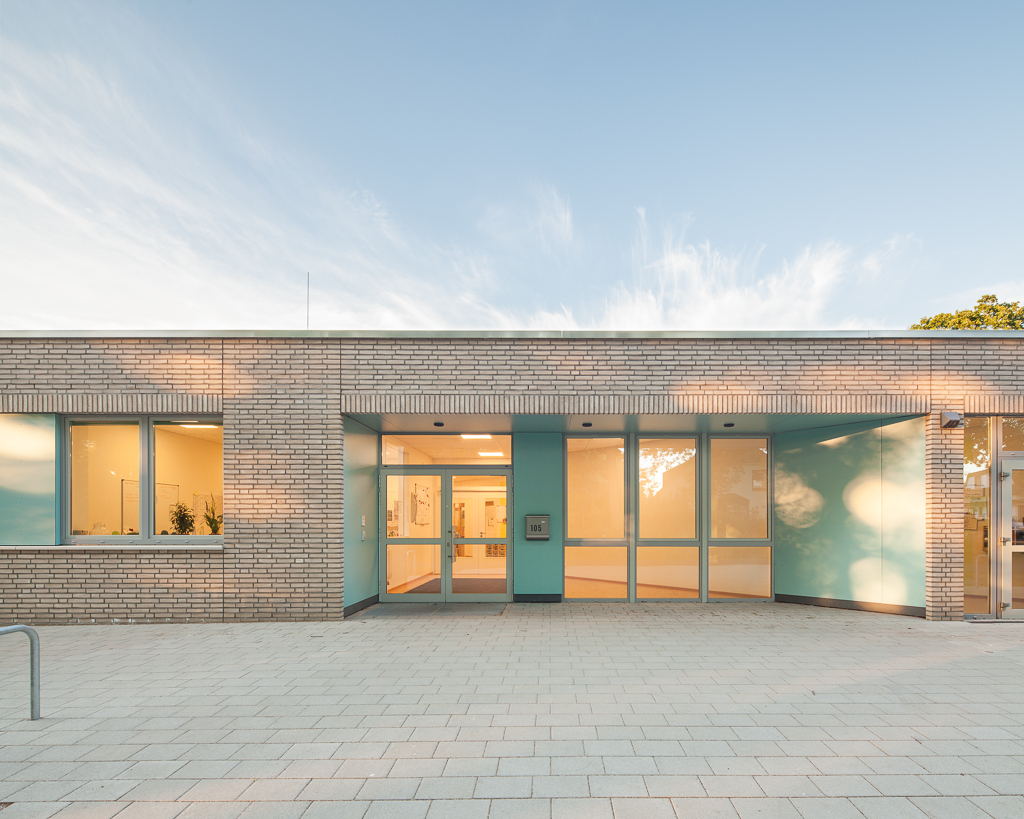 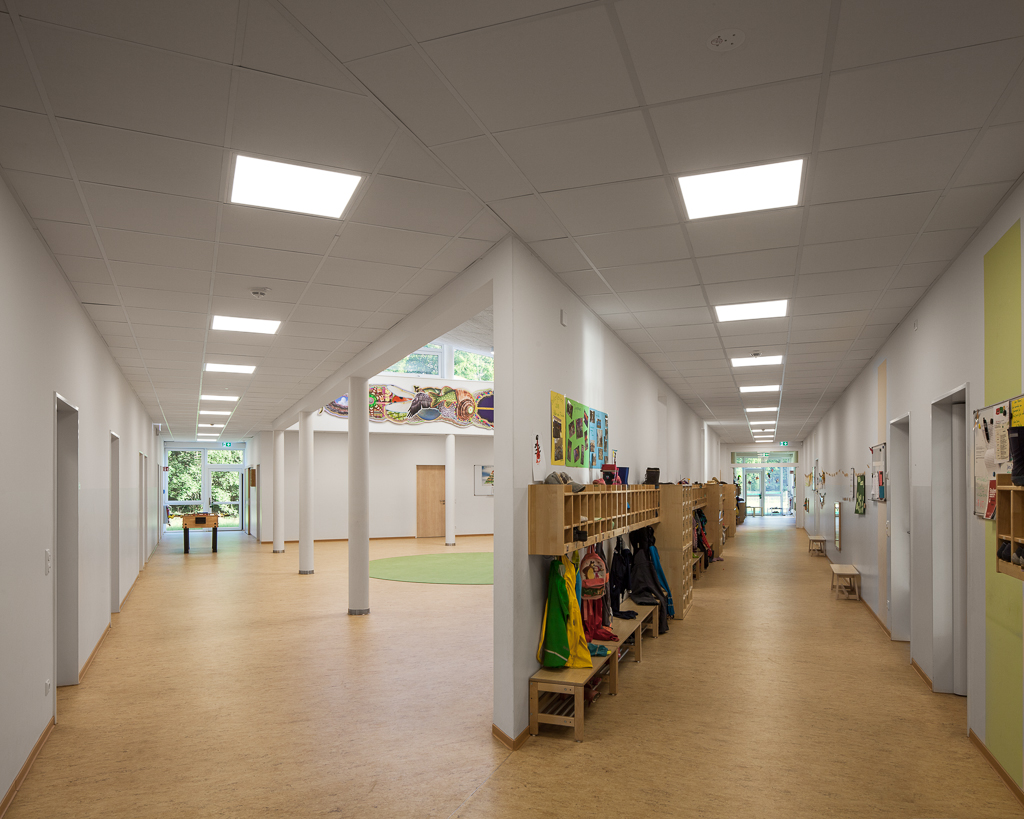 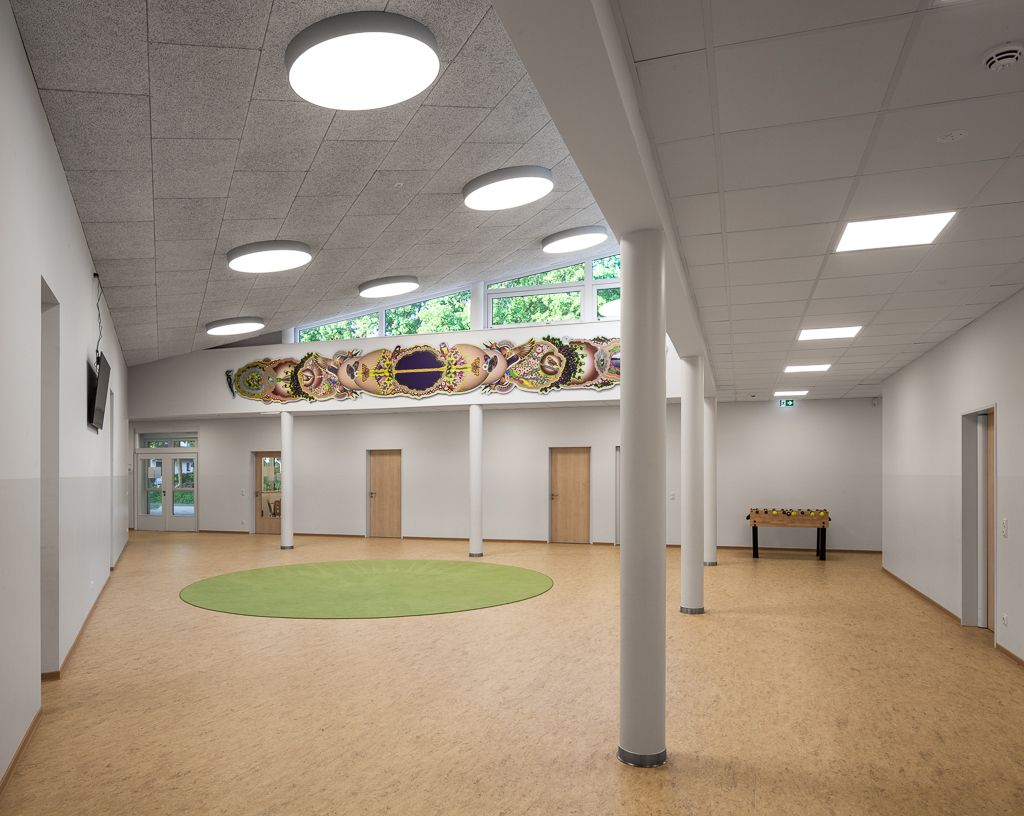 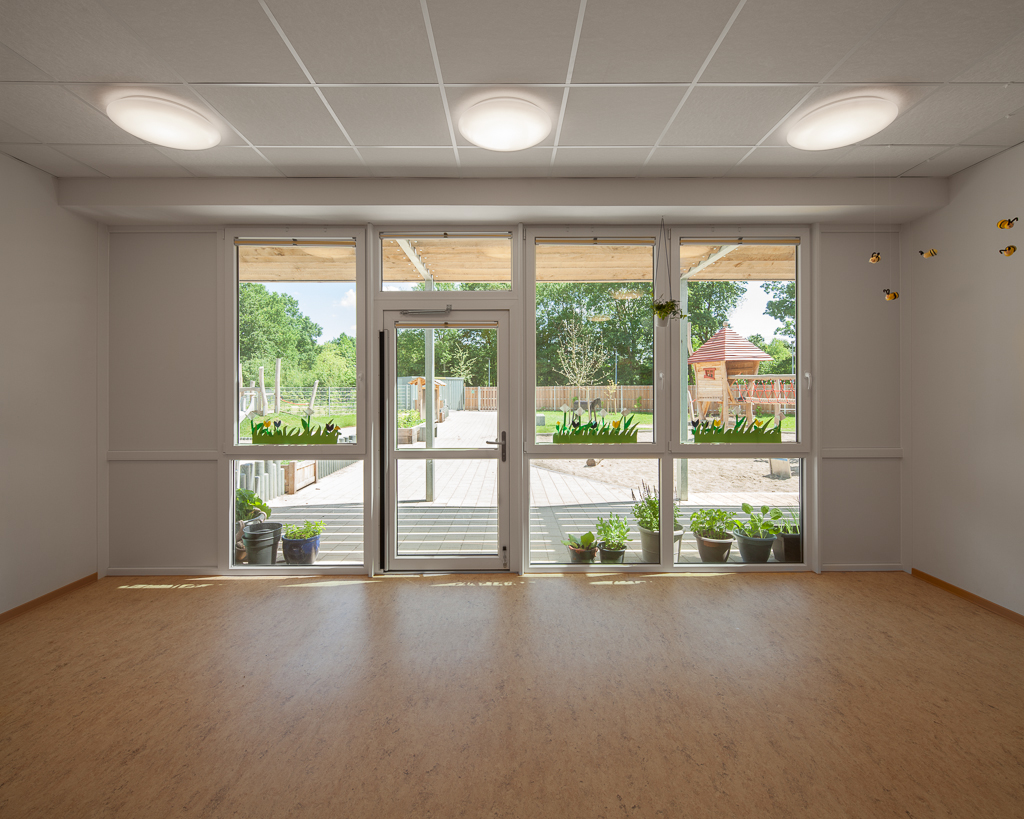 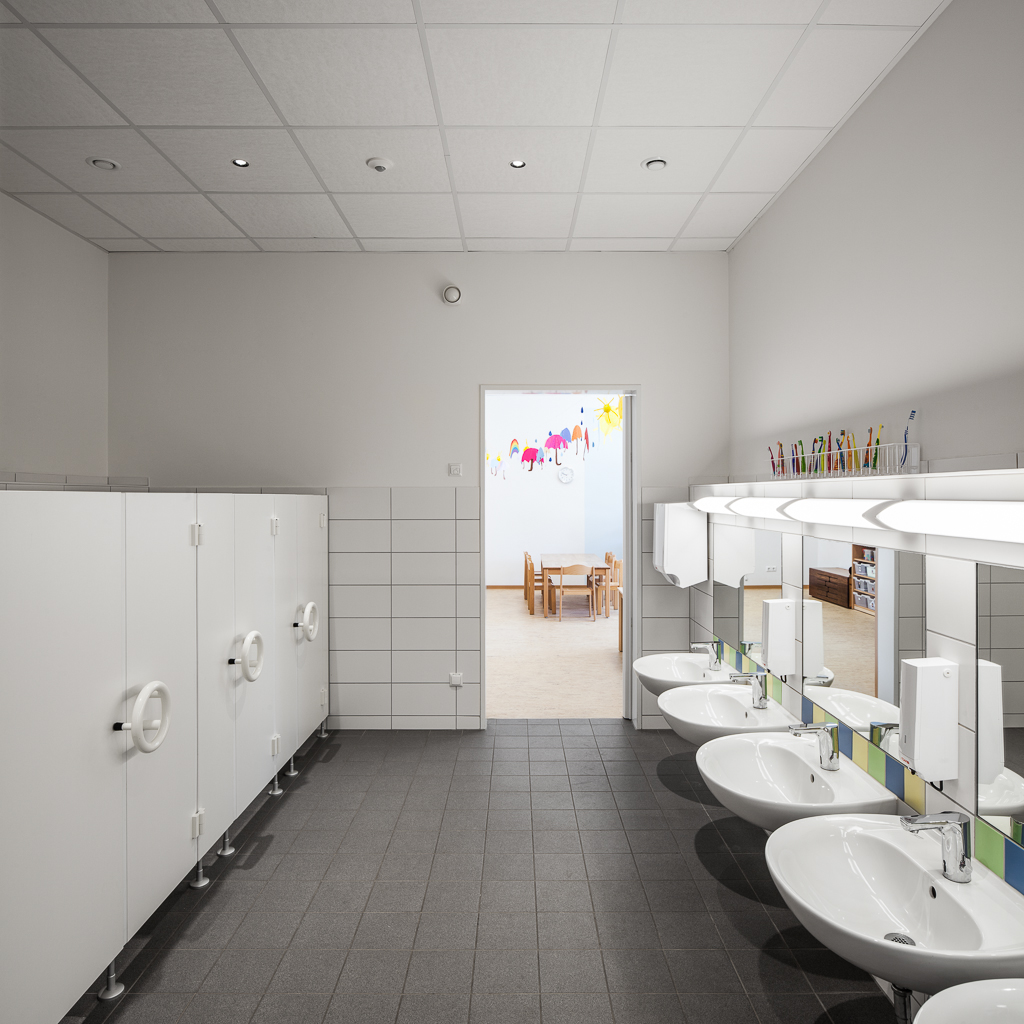 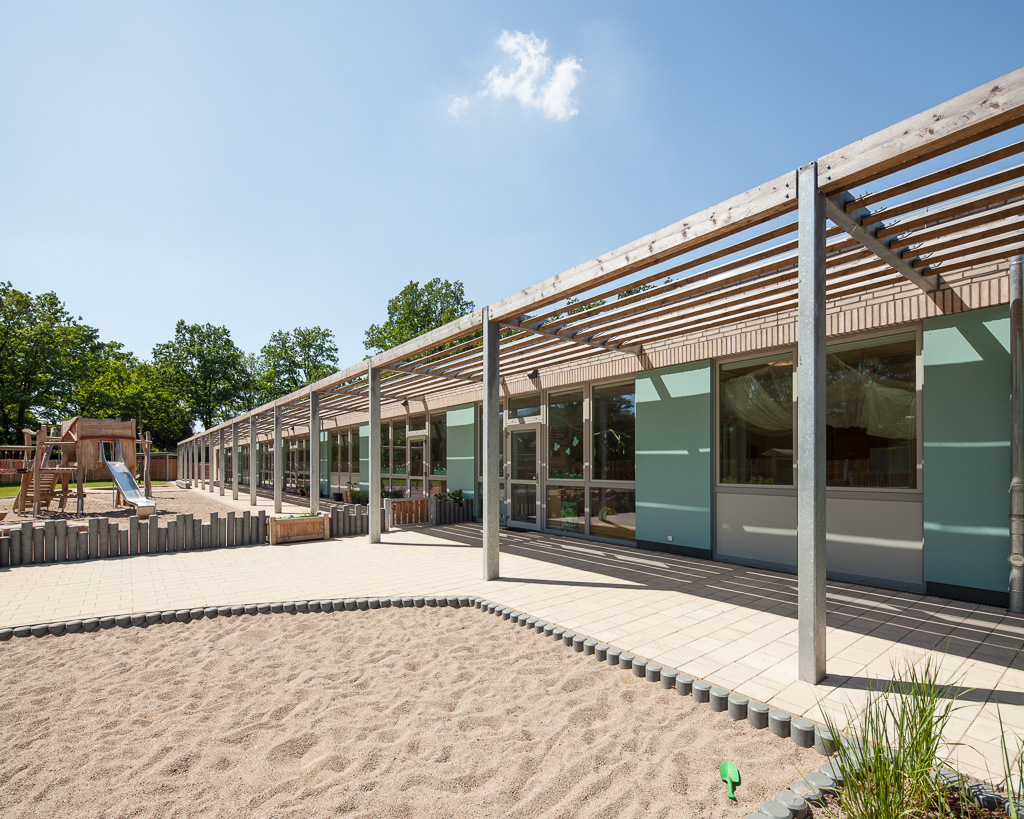 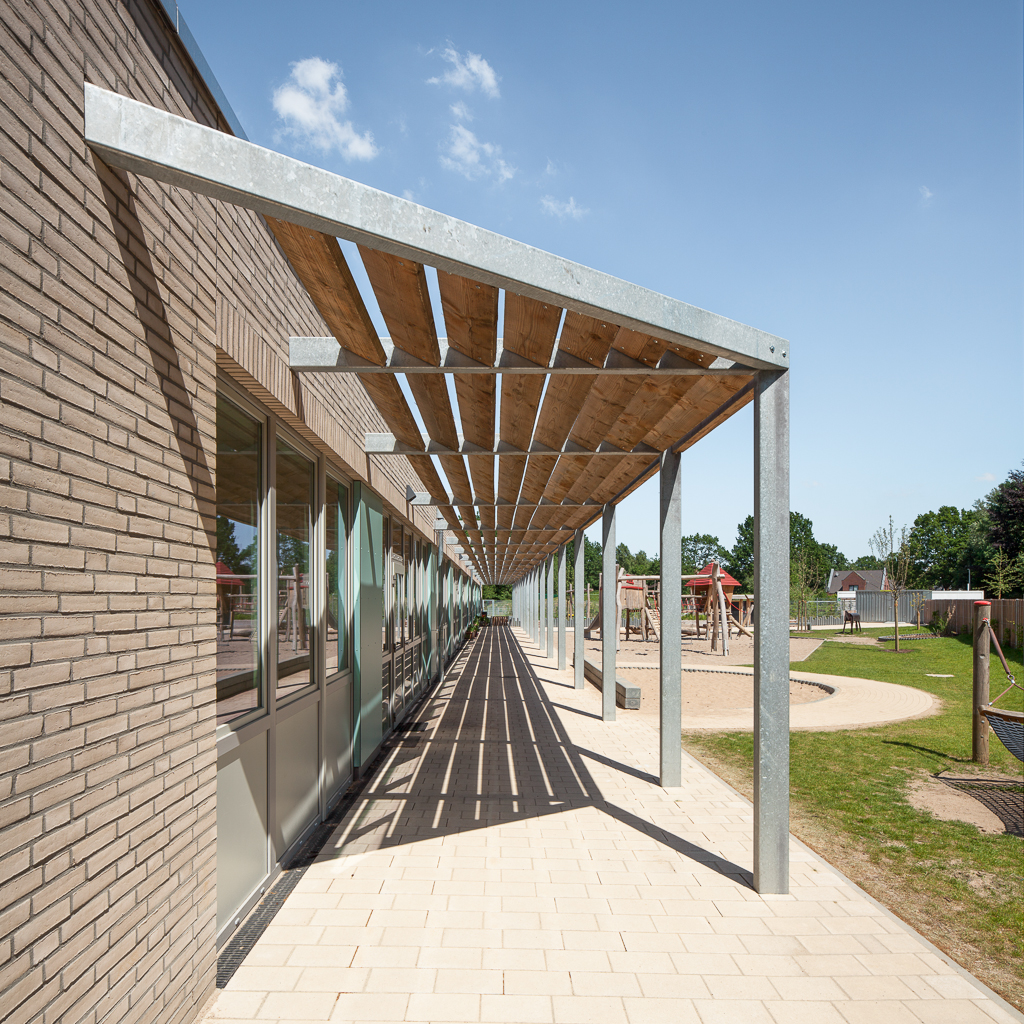 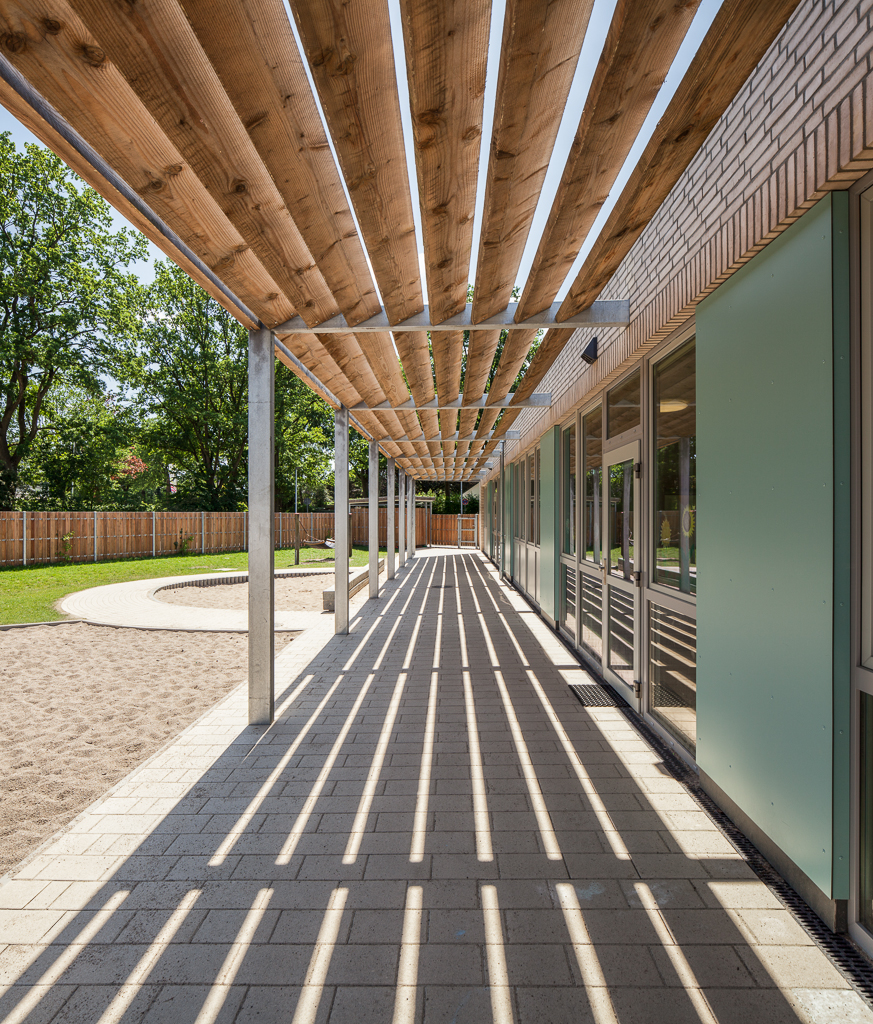