“The city is the collective memory of its people. Like memory,  the city is associated with objects and places. It is the locus of the collective memory”Aldo Rossi
One of the places that trigger the collective memory in Downtown Cairo is Cinema Radio. An emblematic building which became a reminiscence medium for three generations since the 1940s, and recently played a unique role in changing the path of the political scene in Egypt after the uprising in 2011.
As a movie theatre, it didn't just document societal memories through movie plots, but also through its spatial typology as a new public sphere during the golden age of movie-making between the 1920s and 1950s. In the second half of the 20th century, however, it went through times of decay and abandonment till it was rediscovered in 2011, when young Egyptians stormed the streets of downtown demanding a change of the regime. They started then to re-discover that nostalgic charm of this unique urban fabric with its old Cinema Radio. With such political awakening, investors showed interest in that cinema, and re-used it to host weekly live-shows of a satiric program for three years since 2011. The space then helped shaping the political opinion of the public before its show was banned due to its disseminated political views against the new government. This paper, therefore, investigates how this typology acts as a testament as well as a physical evidence that showcases the spatial and political memory of Egypt in the 20th century. 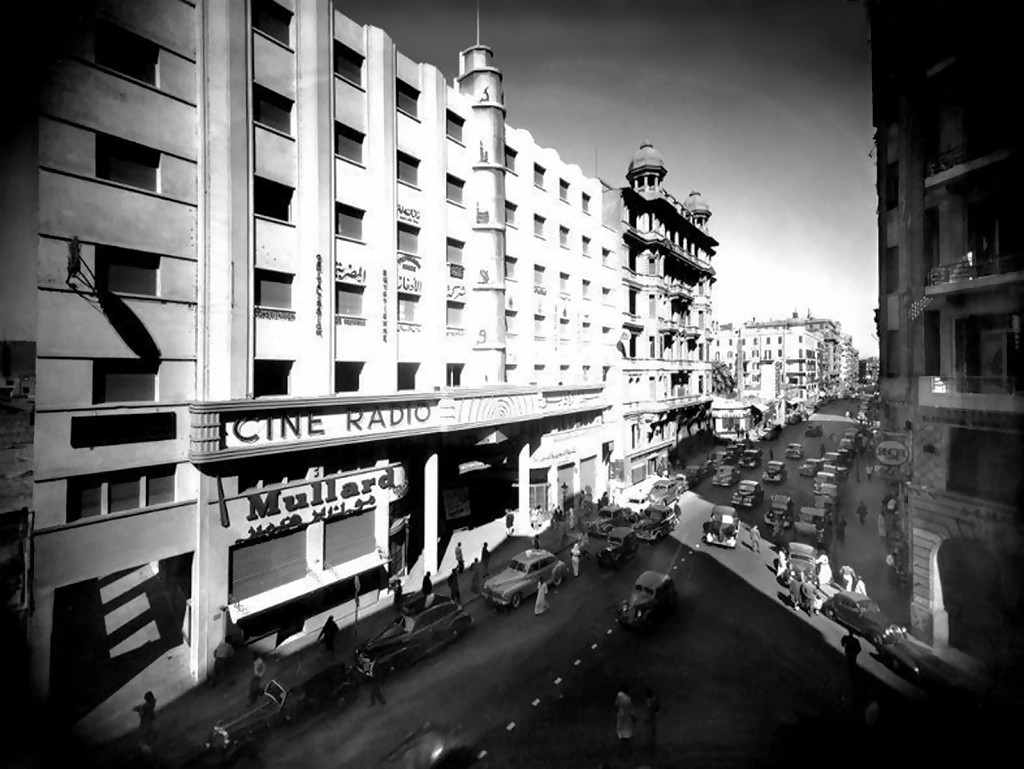