The new building supplies an existing kindergarten with the necessary facilities for two additional nursery groups including ancillary rooms. The enlargement was supposed to be established as an independent structure and the existing traffic situation should be improved by incorporating a generous parking bay arrangement.
The space programme is planned compactly around a small central hall which is used as a public thoroughfare as well as as an elbowroom and movement space. Rooflights provide daylight here and in the nursing bath, the main day rooms open with large full height windows to the outside playing area.
The form of the building is developed in respect of the typology of the existing building which consists of a sequence of pitched roofs. The metal-clad roof of the new cradle building cantilevers extensively on the entrance side and on the opposite garden side and lends a distinctive character to the new development.
The building was a part of a so-called 'greyhound procedure' and was planned and realised in a narrow time frame. 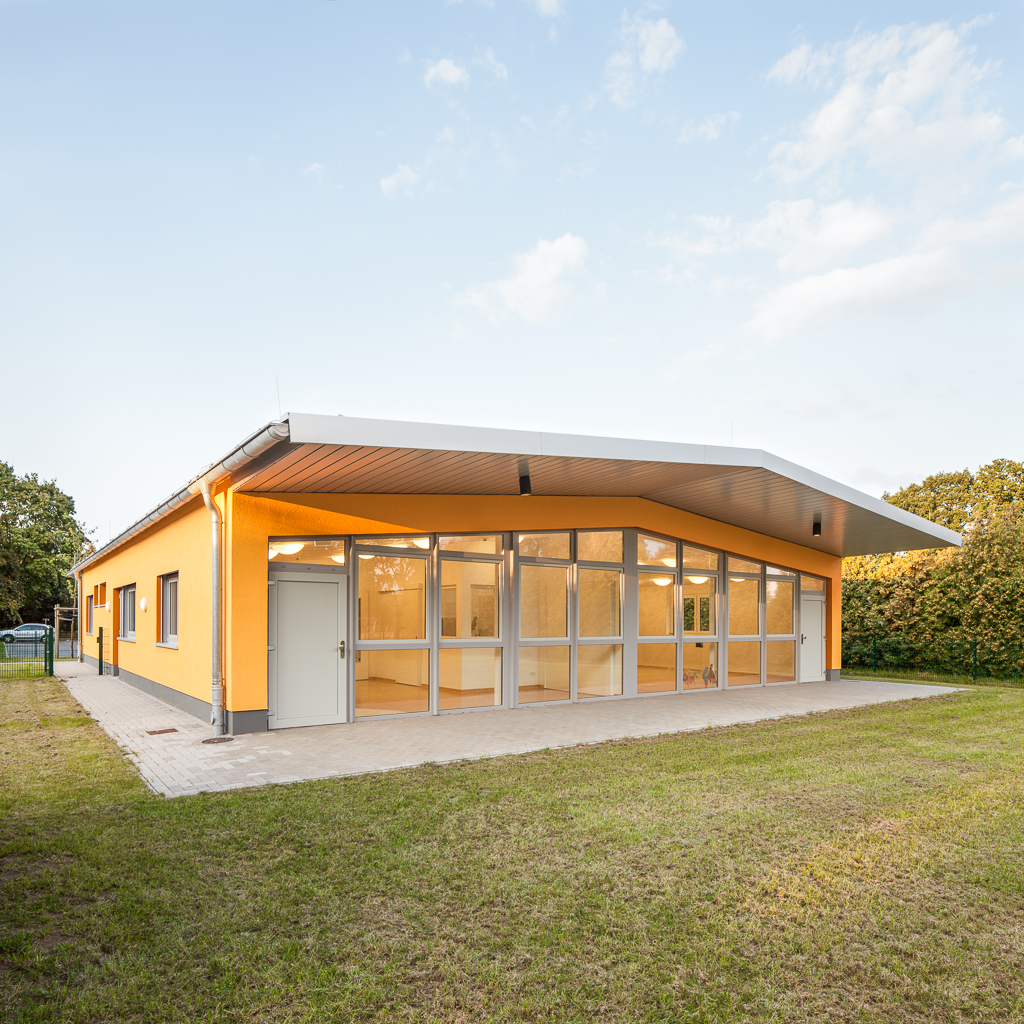 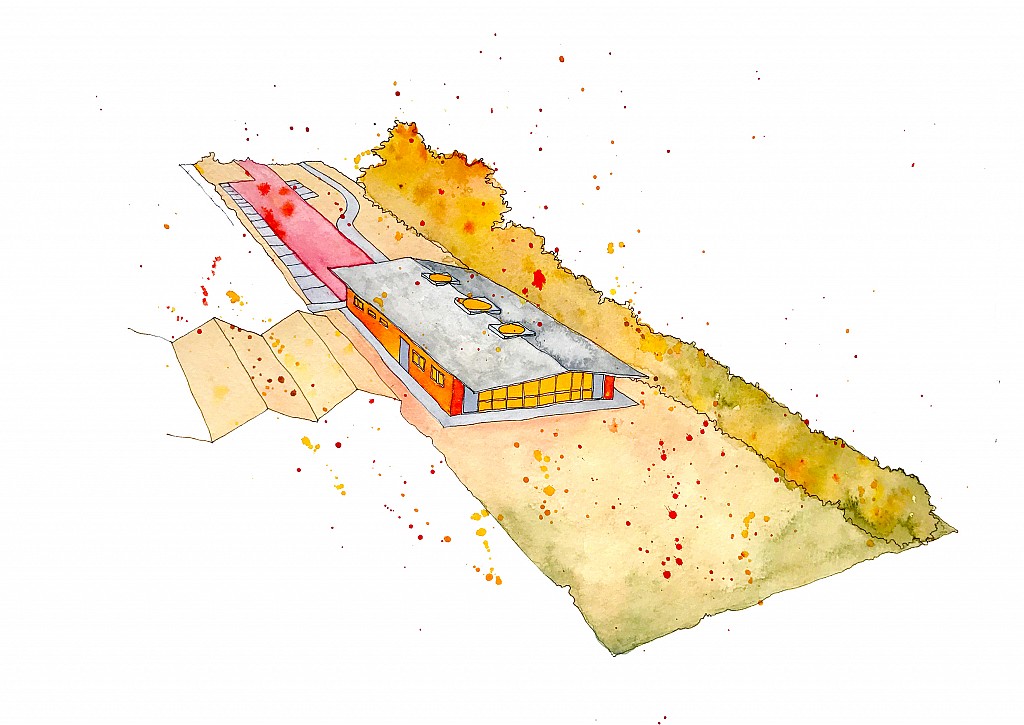 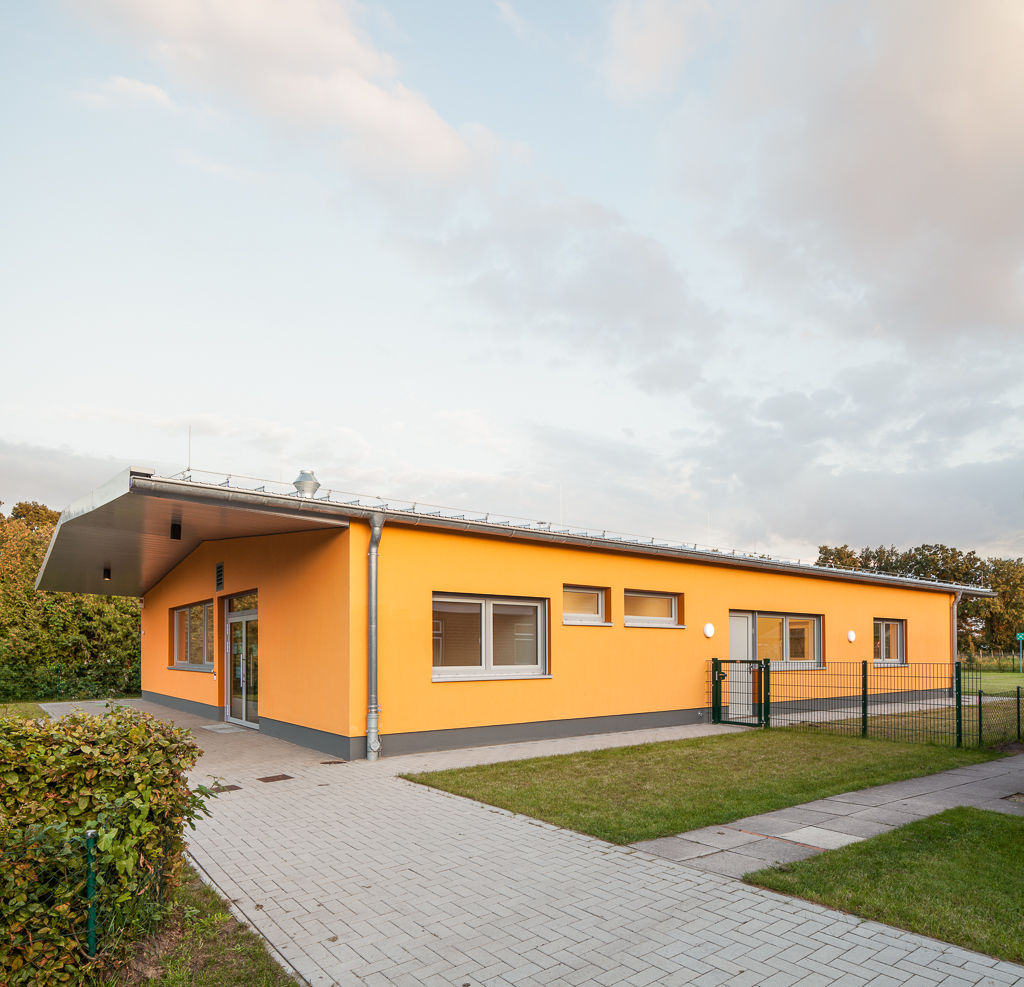 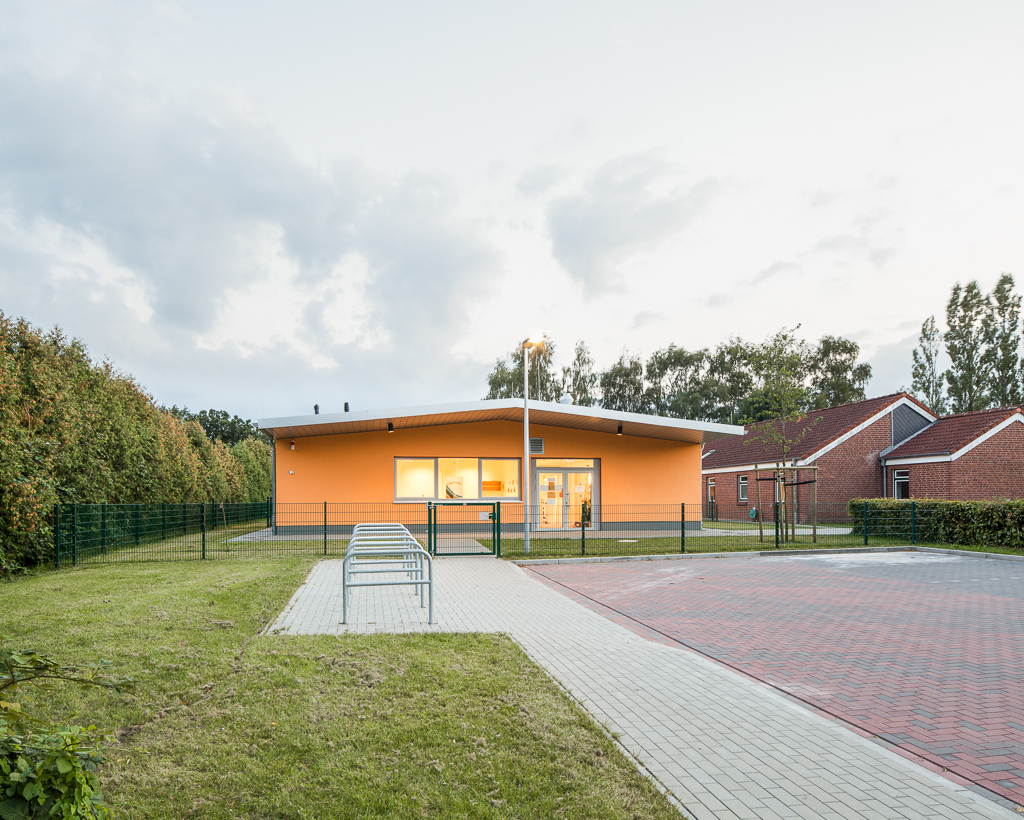 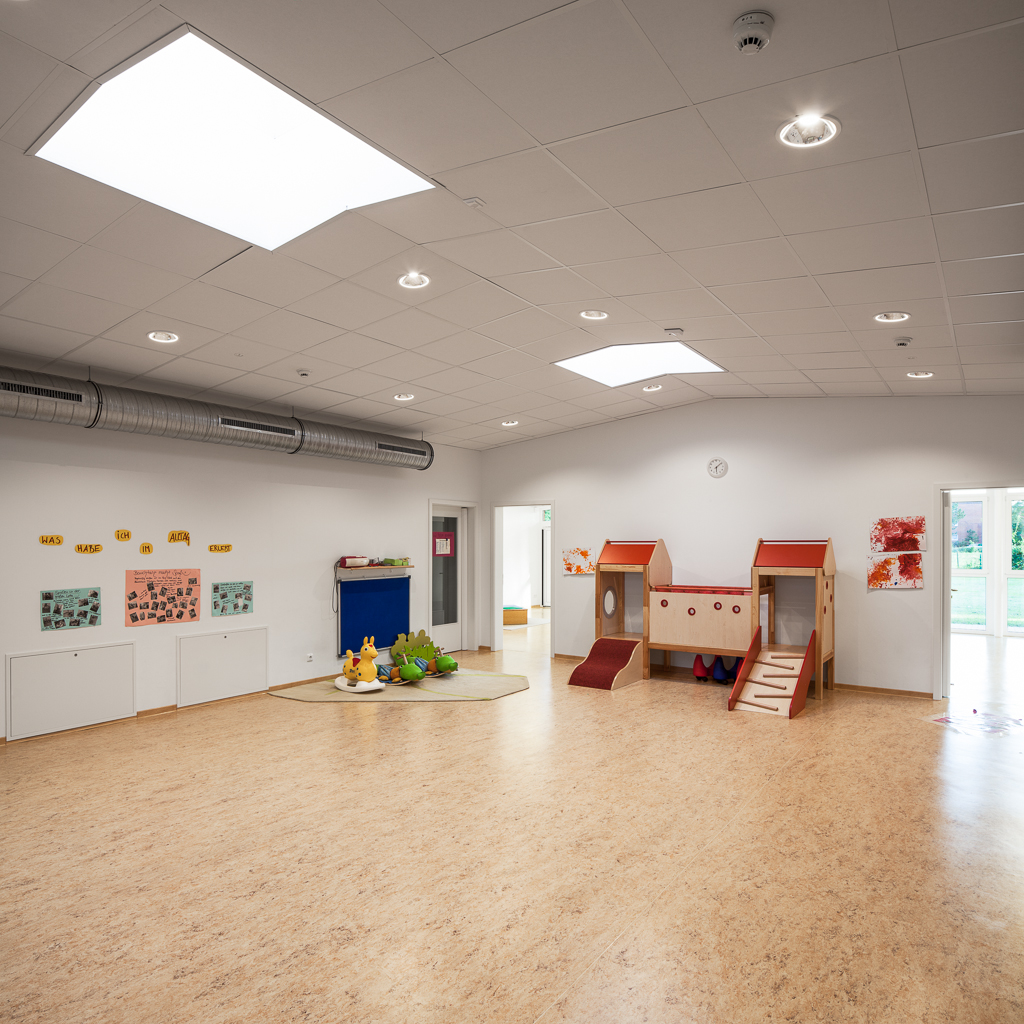 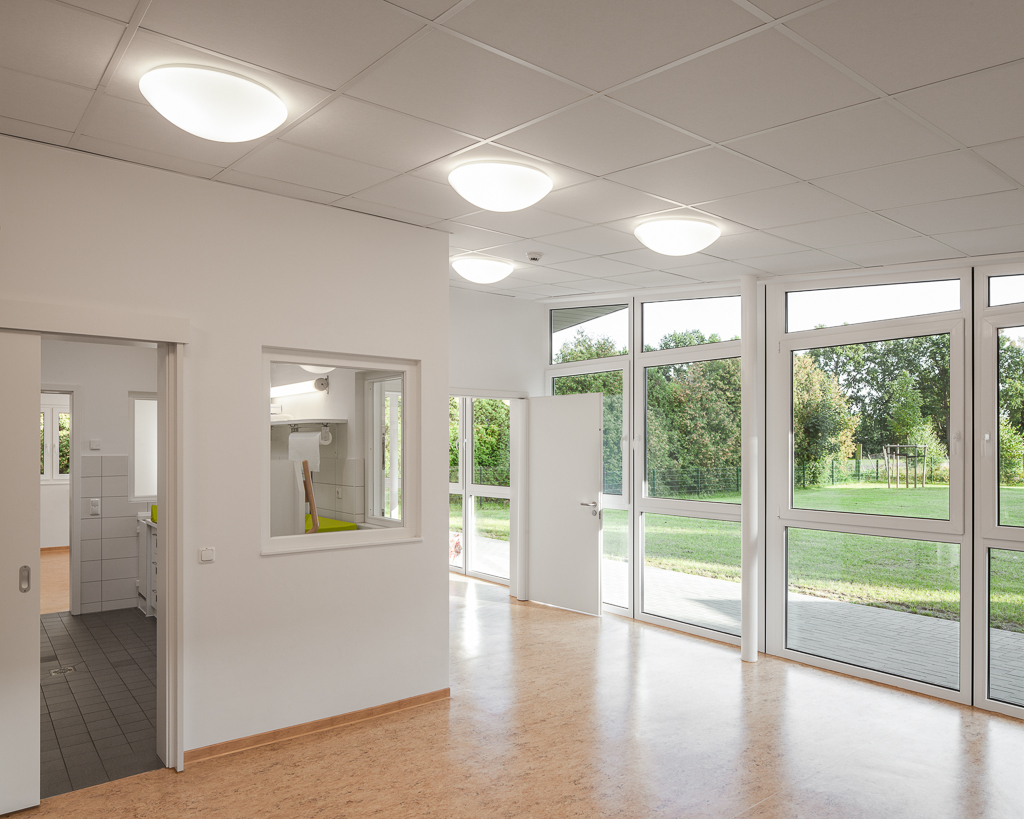 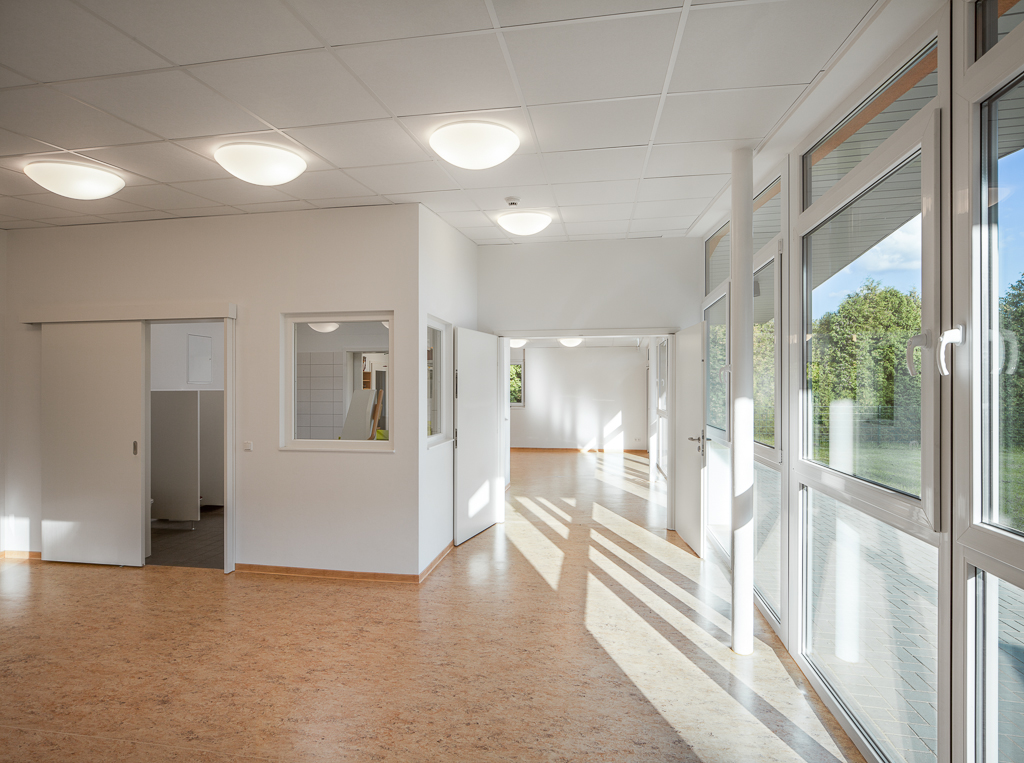 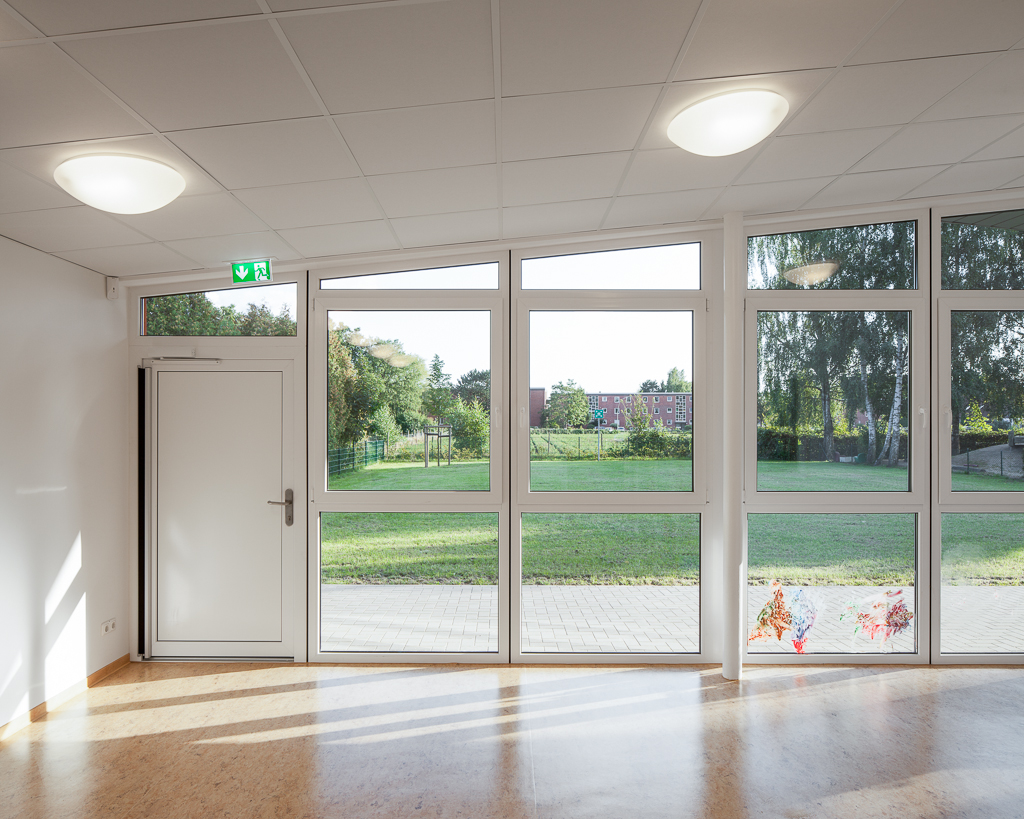 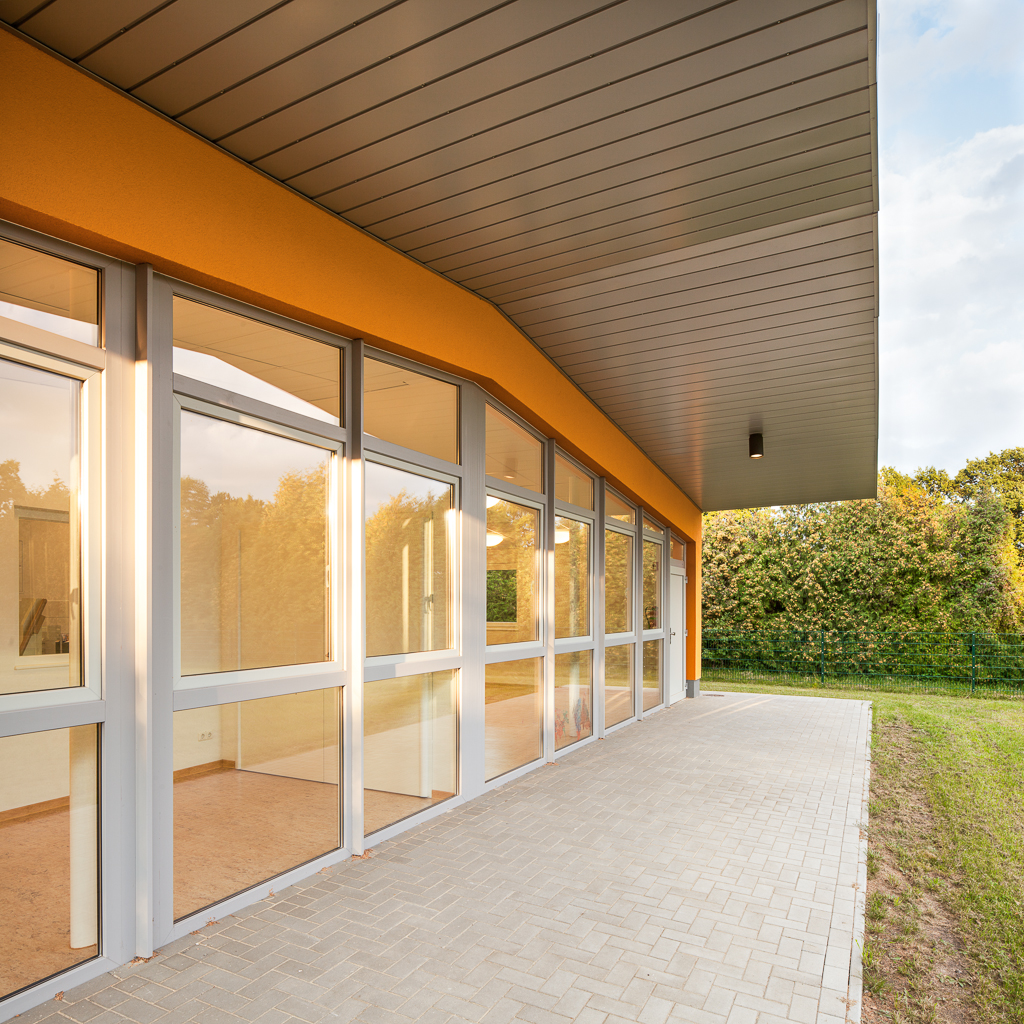