The existing kindergarten was supposed to be expanded, so that 50 children can be taken care of. The existing building dating back to the 1970s is part of a listed monument ensemble of a church, a pastorate and a barn from different centuries.

The extension was designed to have a low silhouette with a slightly tilted roof and is connected to the existing building with a pitched roof. The new lounges open by means of low-bodied windows to the outside play area and the impressive landscape of the four- and marshlands. The existing building was completely renovated and contains 2 group rooms with very high ceilings.

The volume of the new building was developed in close cooperation with the heritage office in order to preserve existing sight axes of the site with the church community located in the center. The dark brick façade takes the preferred construction of the environment, but sets a new accent through a different color. The kindergarten ensemble received a new approach and was embedded in a gentle landscape design. 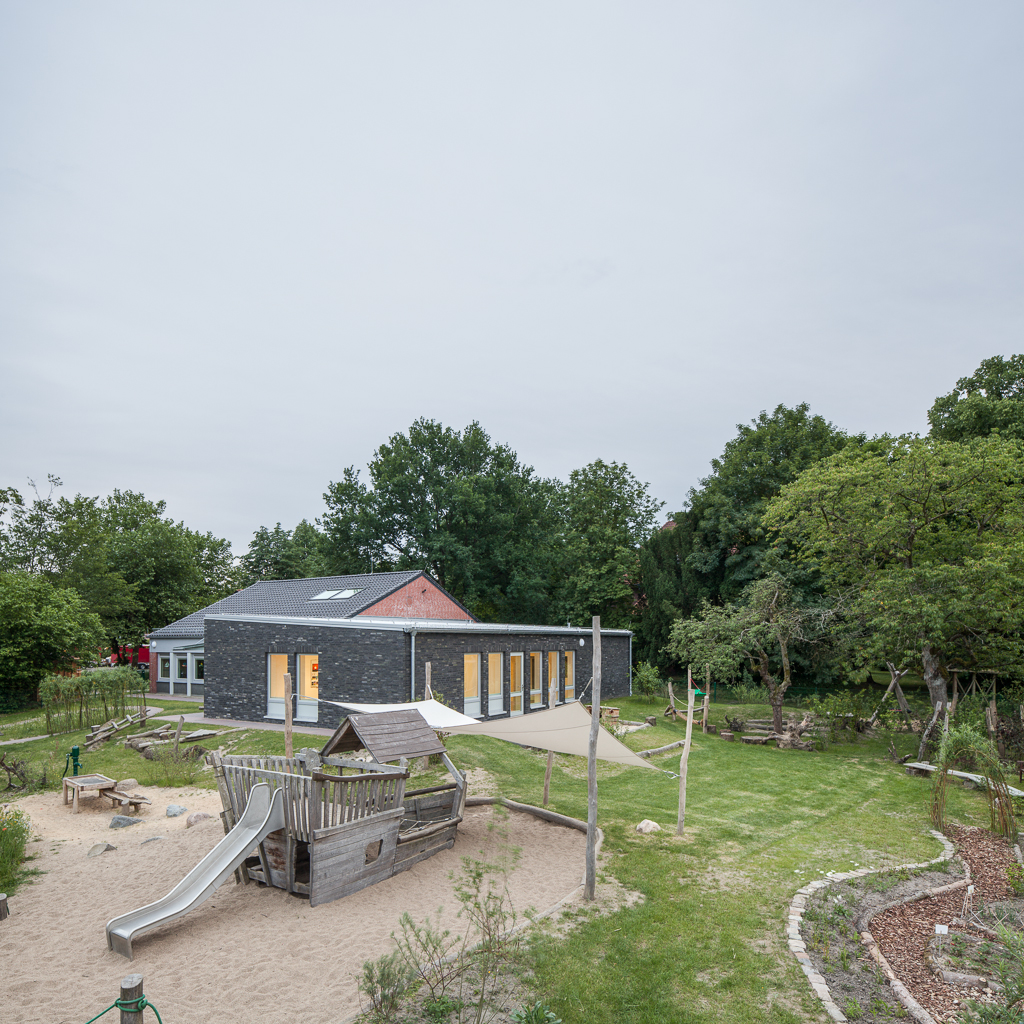 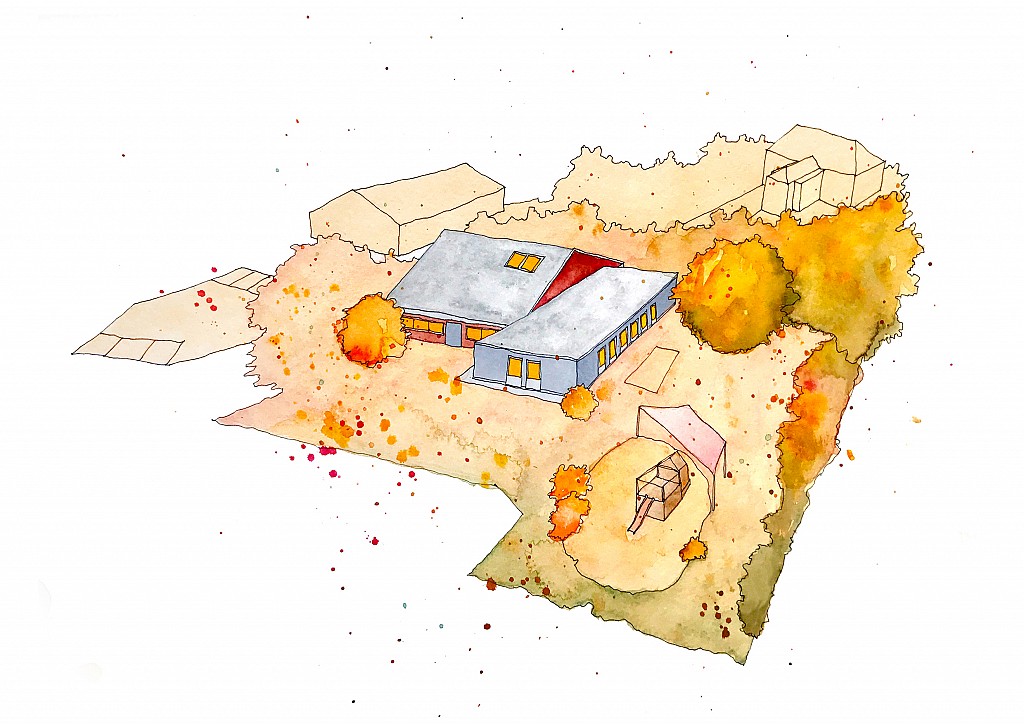 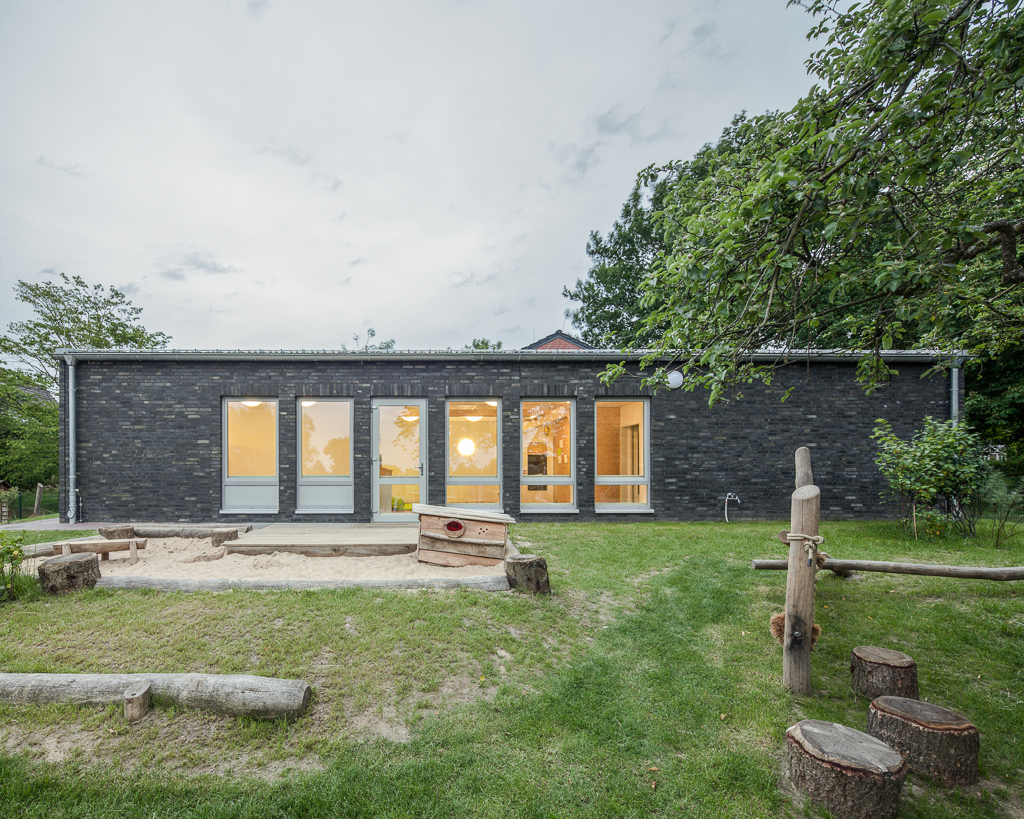 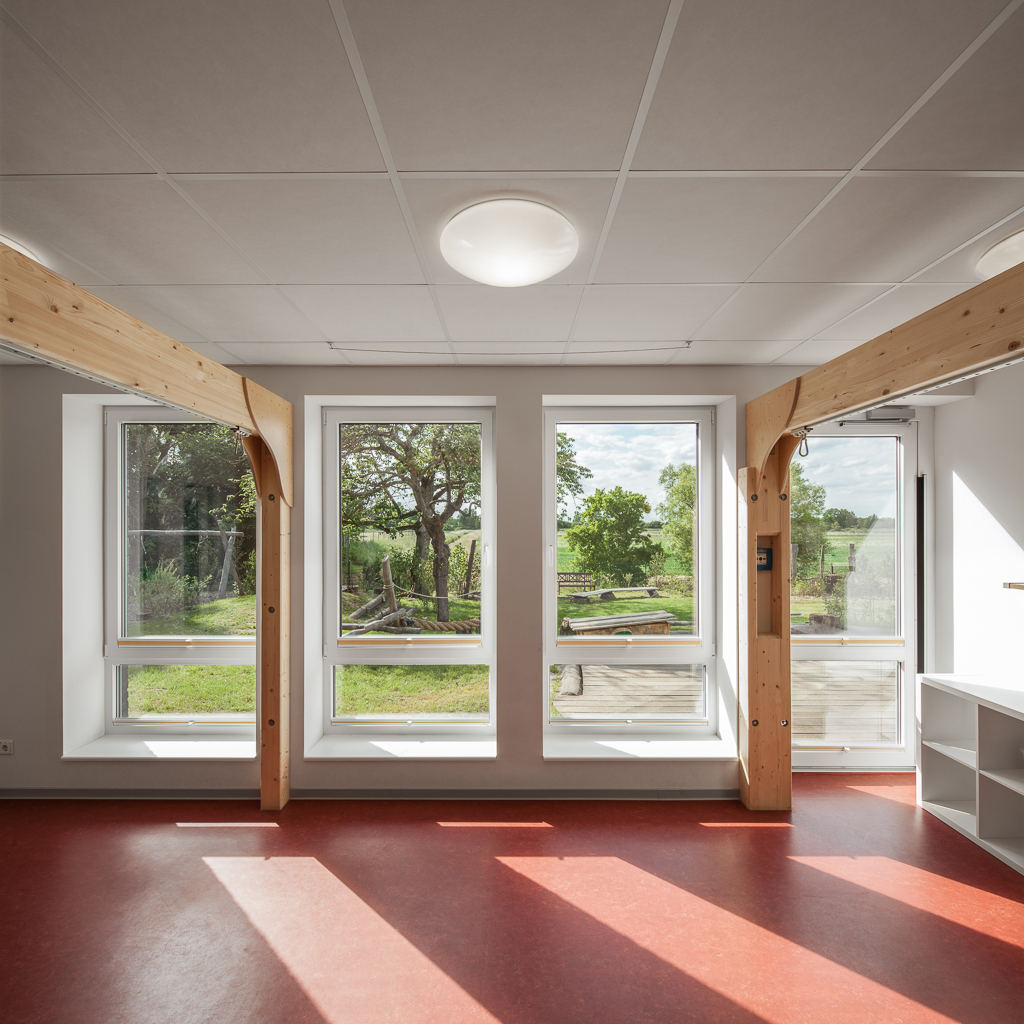 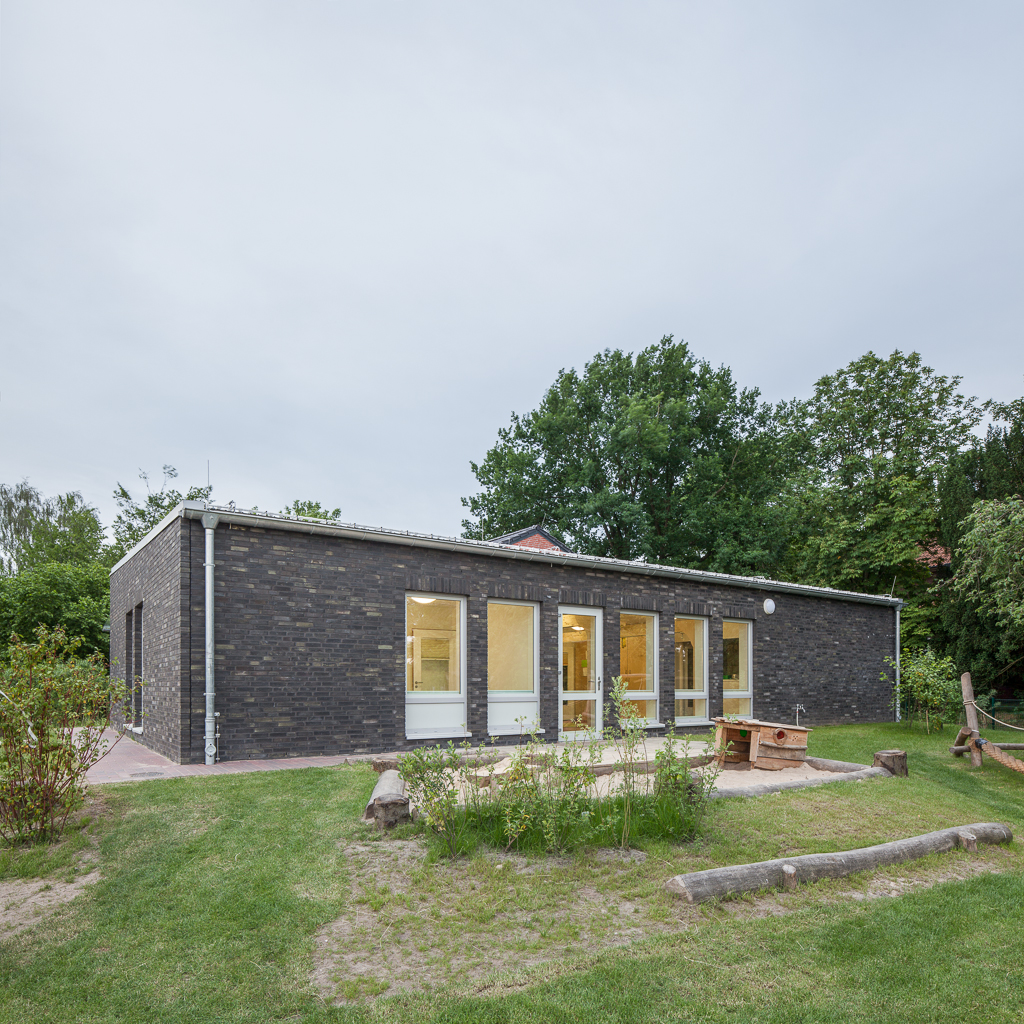 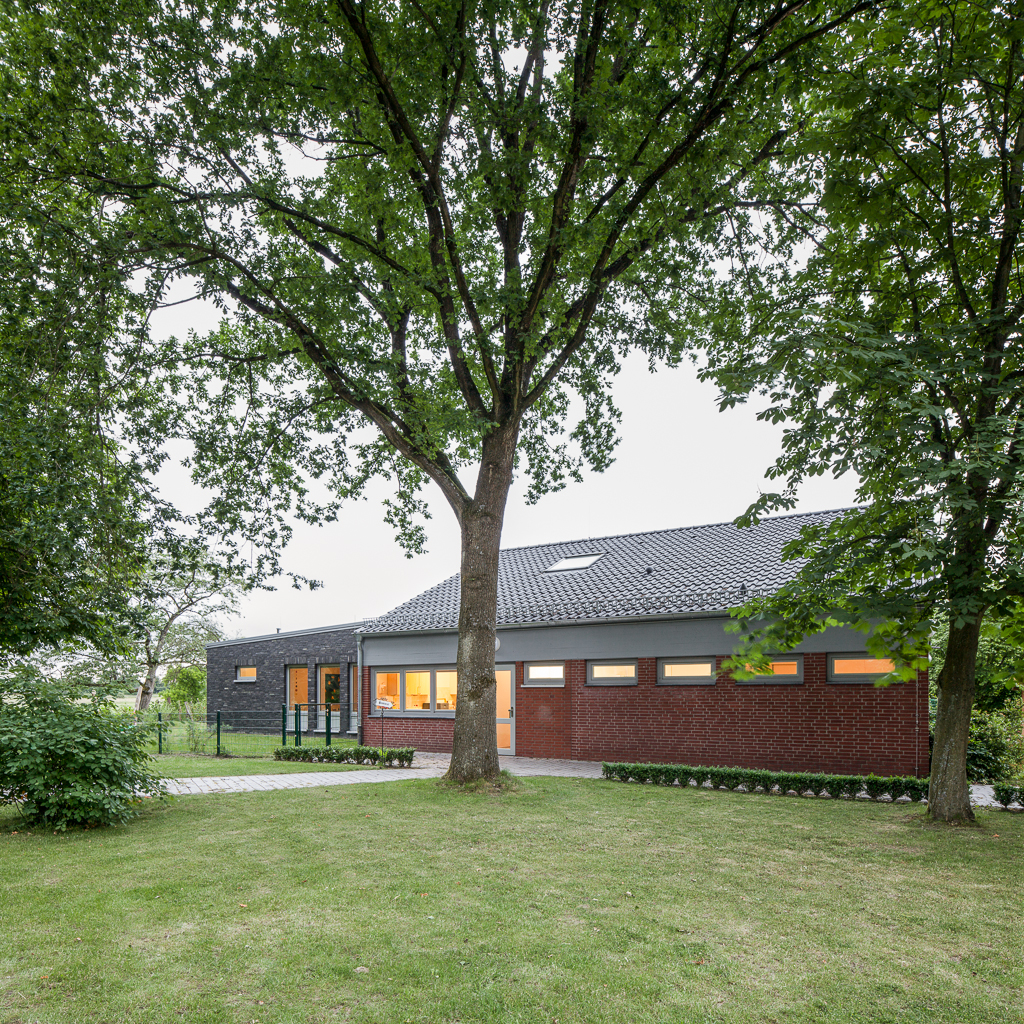 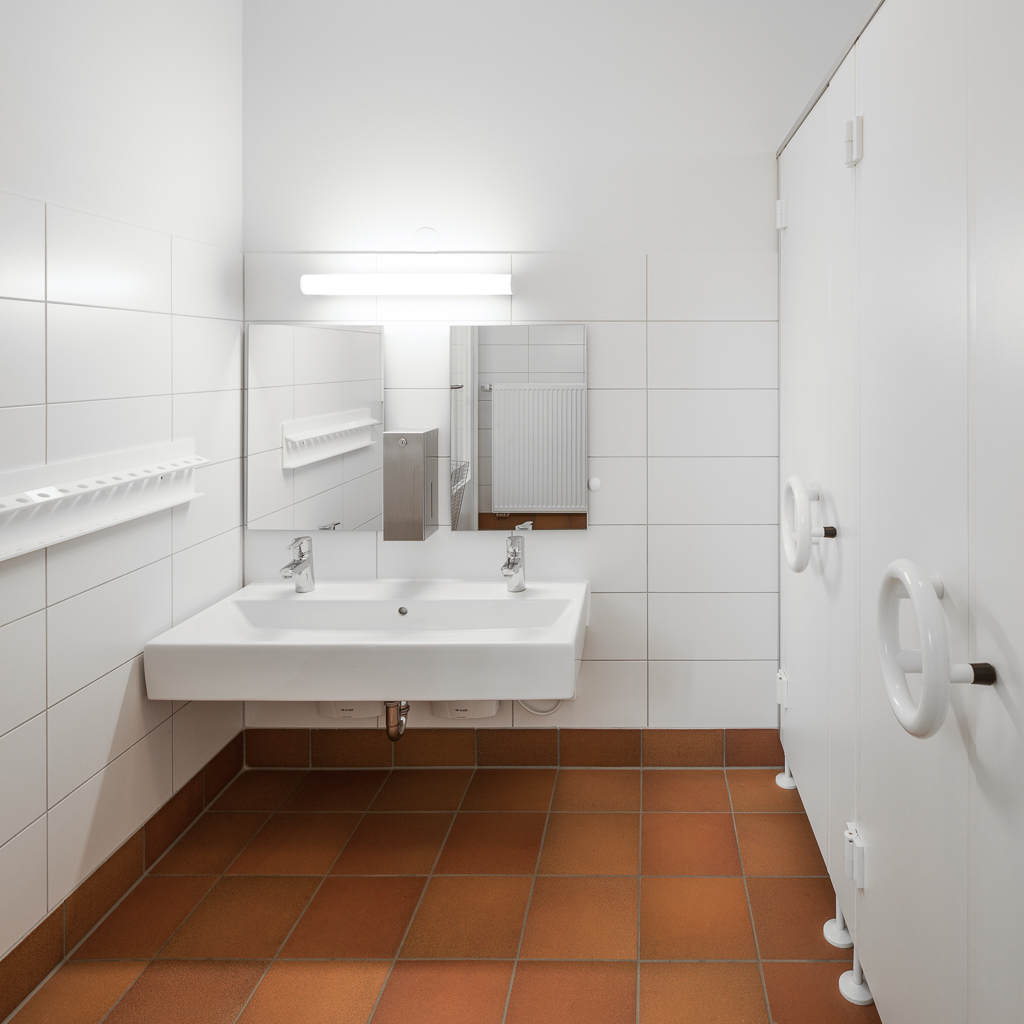 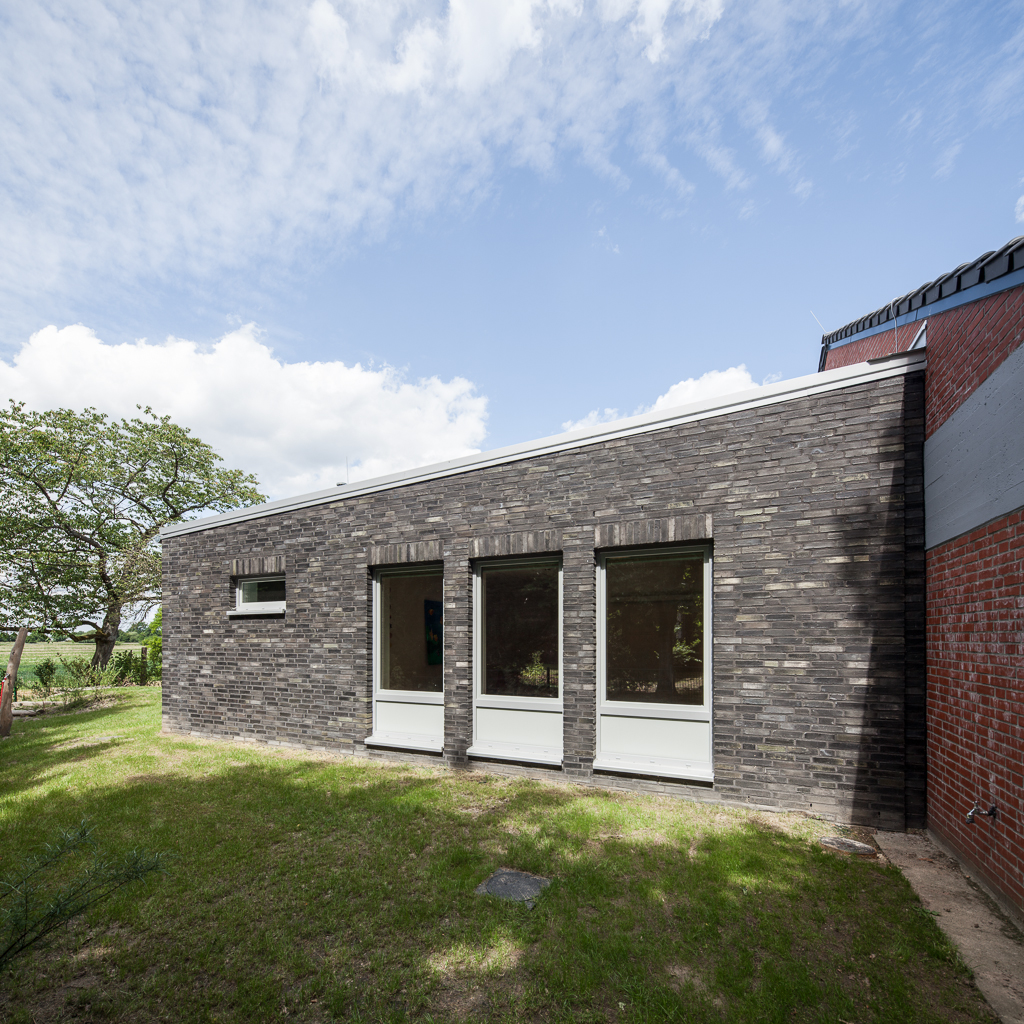 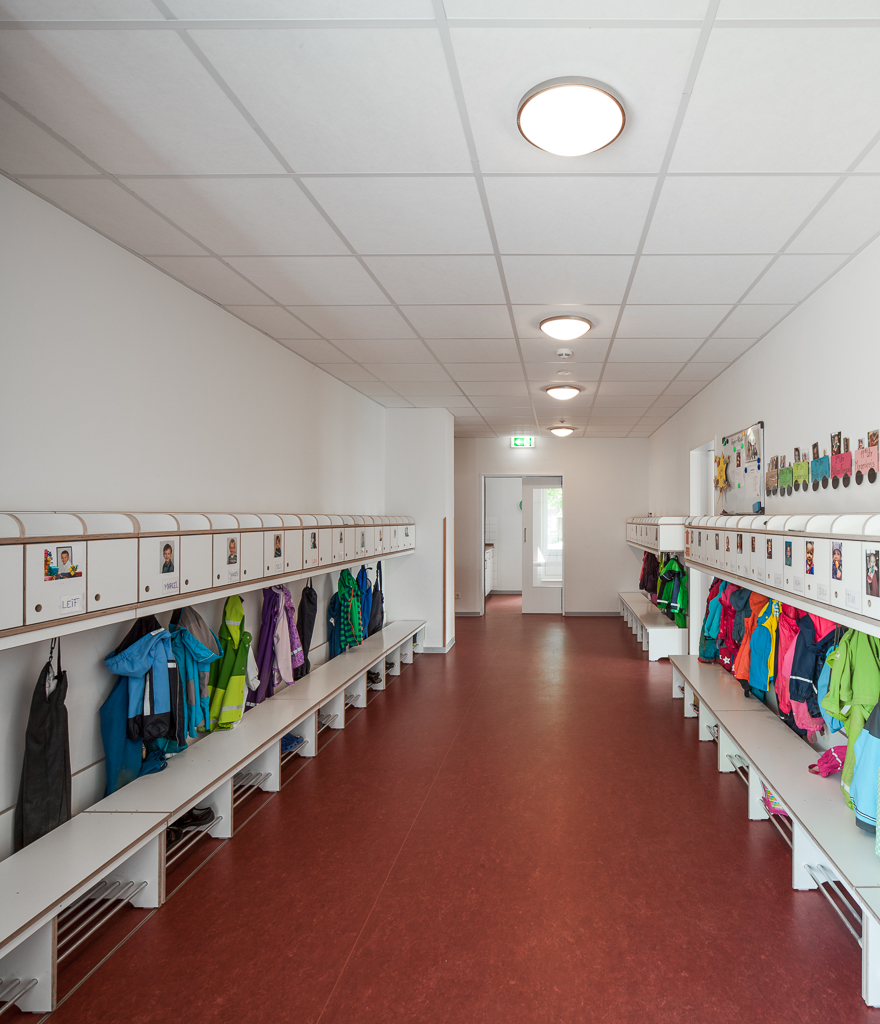 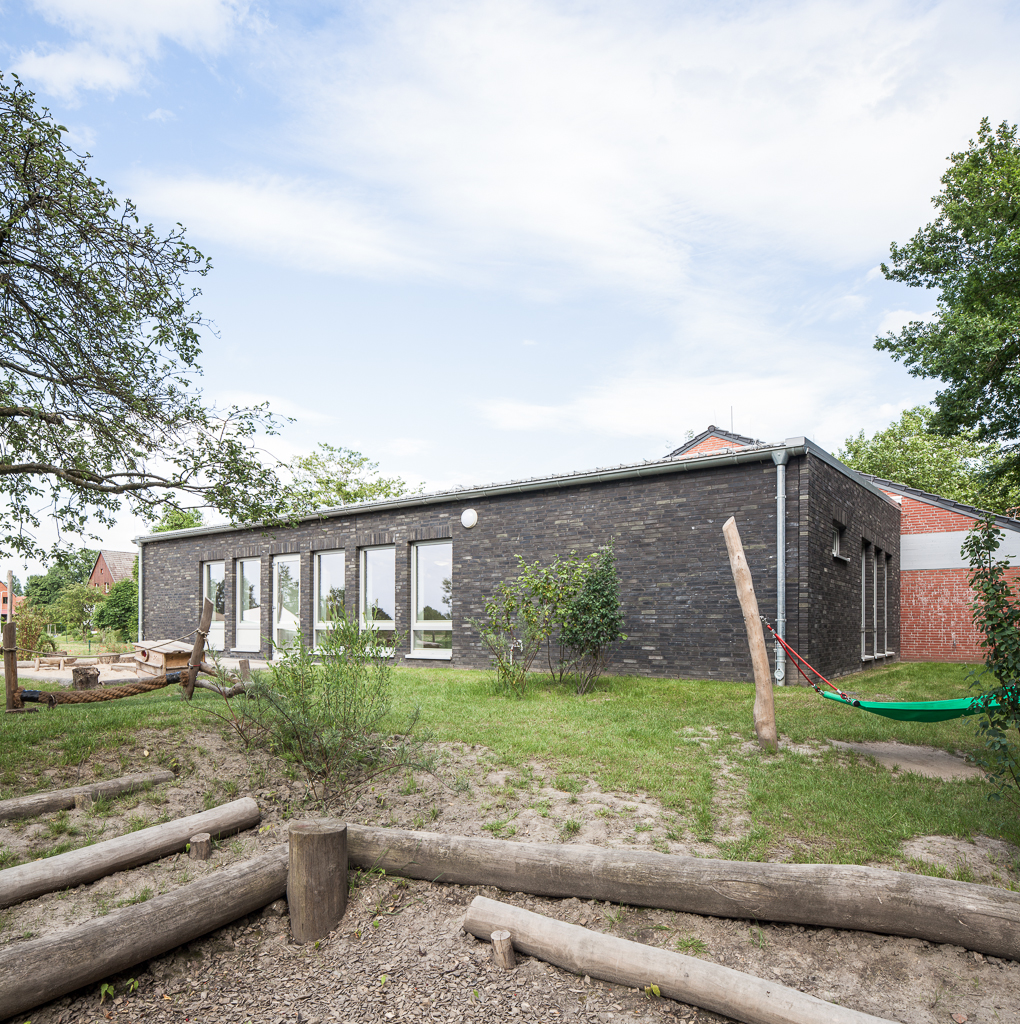 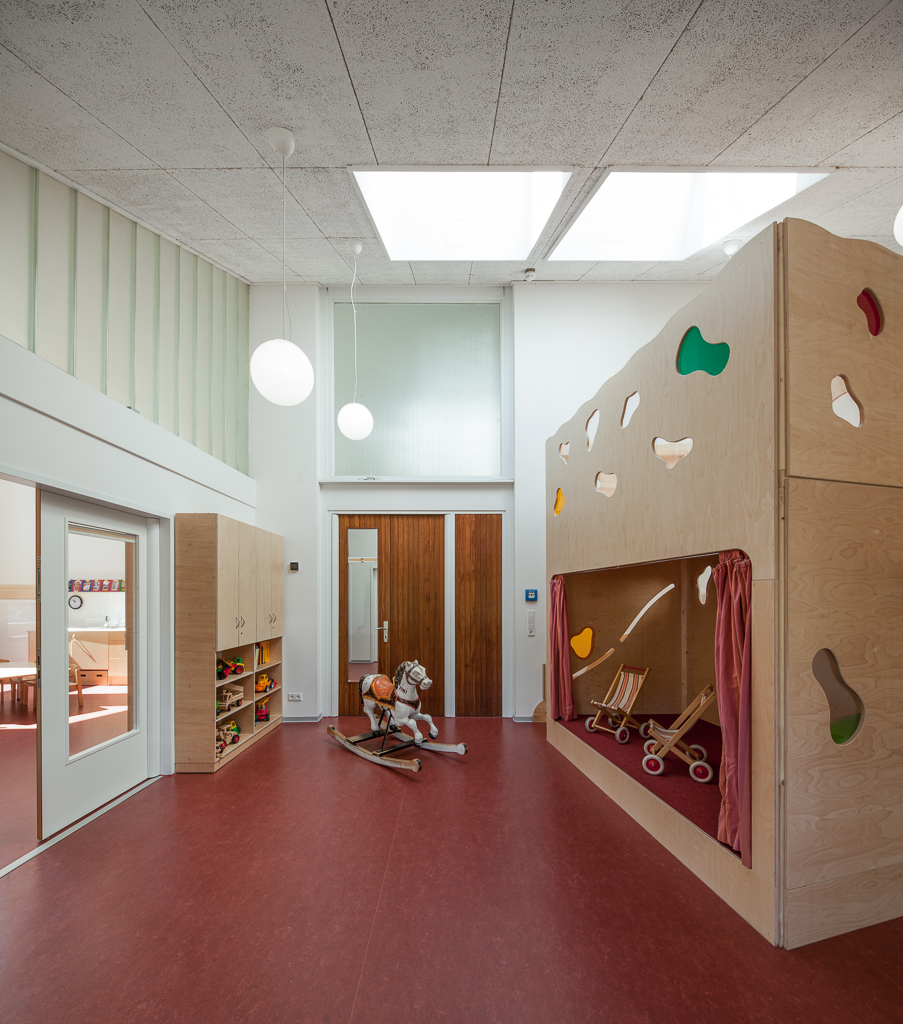 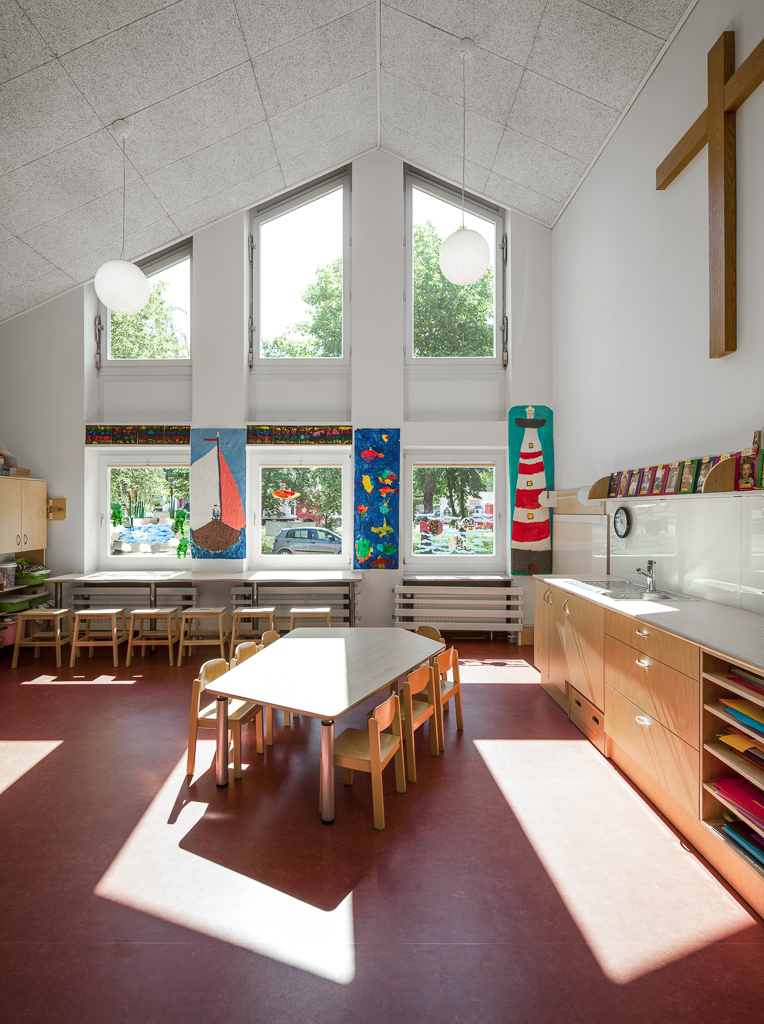 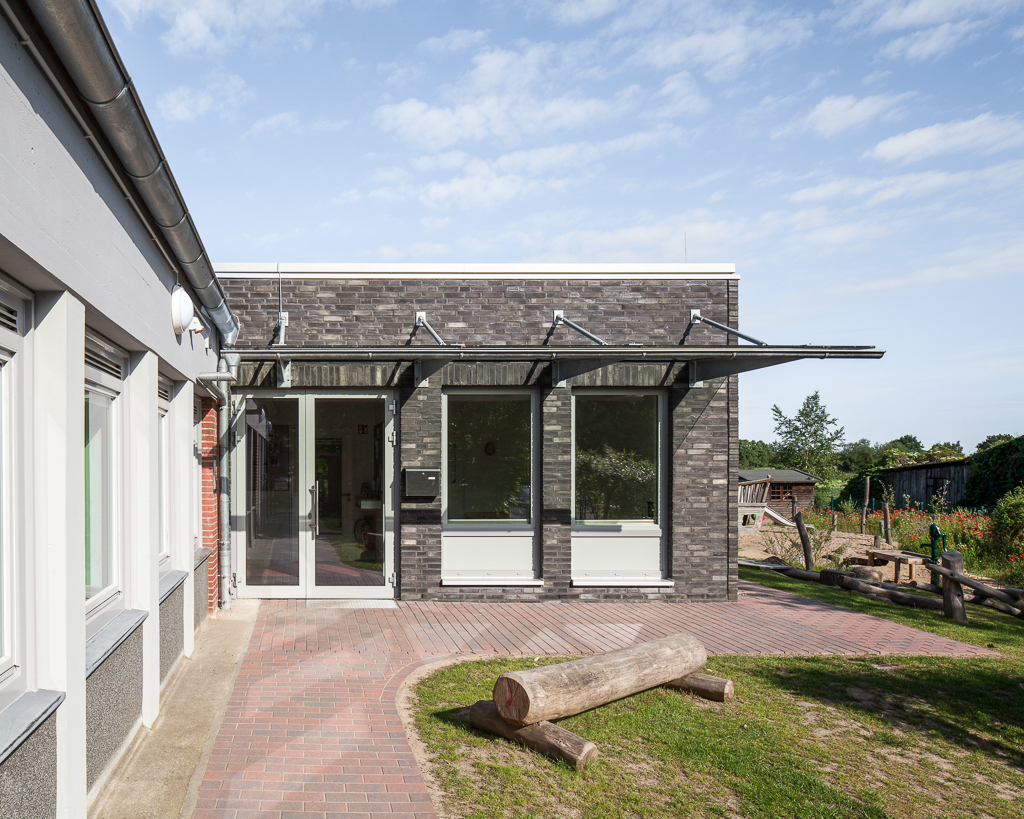 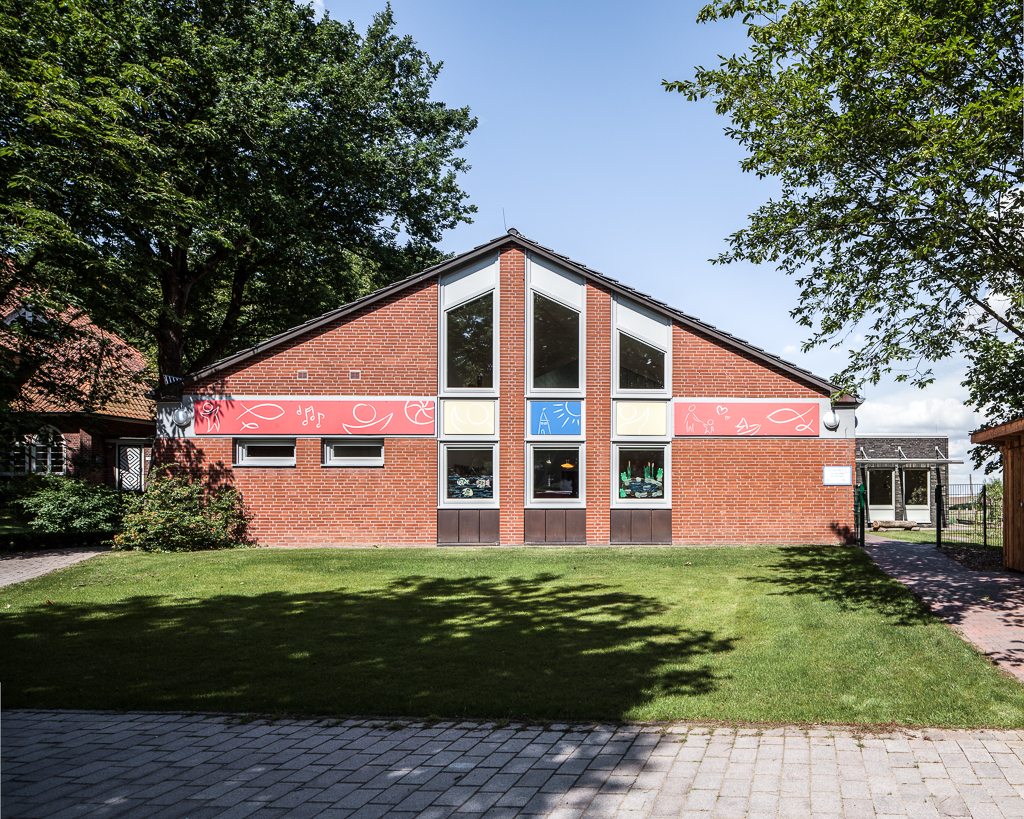 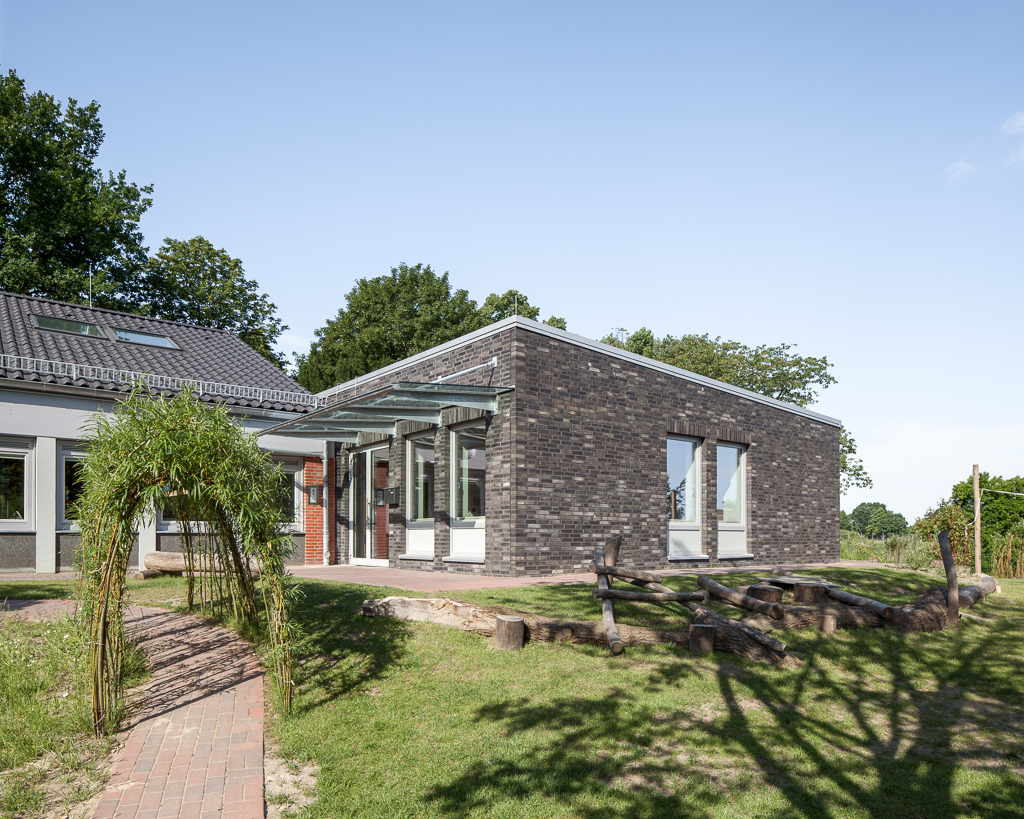