Why are Muslim Immigrants & LGBTQ+ groups not sharing the same public space in Hamburg?

Can we create more trusting public spaces based on changing the way we think of the ‘Other’?In a metropolitan city like Hamburg, equity and freedom within some of its public spaces can be a myth. St.Georg is one of its neighborhoods that shows how extreme prejudices and societal fear can prevent some of its spaces from being openly accessible for certain minorities. Based on literature-review, key interviews, field surveys, and policy reports this paper tries to understand the reasons that prevent those minorities from sharing the same public space even though they live few hundred meters away from each other.
“The world as we have created is a process of our thinking. It cannot be changed without changing our thinking.”Albert Einstein
Thinking of the ‘otherness’ as a concept is based on how different identities are assembled within the society. Some groups are represented and controlled by other politically and economically powerful groups within each society creating several social identities. Those identities reverberate the way each of those groups internalize established social categories within their societies, such as their cultural (or ethnic) identities, gender identities, class identities, and so on. Our spatial behavior as users of public space is shaped by those social categories that define who we think we are, how we want to be seen by others. In a field seeking to influence the shape of our built environment, it is always intriguing to observe and analyze how people move within a space, how they perceive it and utilize it. For us as researchers and planners, it is very useful to figure out how a public space can embody certain societal values and even physically evolve around them with time.St.Georg in Hamburg is a district that went through tremendous societal and spatial changes since the 1960s; the arrival of the ‘Guest workers’ followed by waves of Muslim refugees from MENA region (Middle East & North Africa); the Gay movement calling for their rights; and the rebirth of Shared Spaces’ concept. This all transformed this district into a complex organism molded by myriad forces of mixed cultures, identities, faiths, and social behaviors. Each minority created its own enclave with particular semiotics and exclusive messages that defined them as a whole and identified the rest of the society as the ‘Other’.
In this research, we focused on two peculiar streets, which are the main famed arteries of St.Georg: Lange Reihe and Steindamm. The first is a perused destination for LGBTQI1 groups, while the latter is a port of call specifically for Muslim immigrants. The majority of St.Georg’ immigrant population is under the pressure of ethnic exclusivity, religious dominance, and ruled by a conservative believe that LGBTQI individuals should be punished for their sexual identity. Such notion prohibits many of its residents from visiting Lange Reihe, and simultaneously many LGBTQI restrain themselves from frequenting Steindamm as clientele to avoid unnecessary conflicts. This social juxtaposition of St.Georg is a unique embodiment of how extreme prejudices and fear can prevent some public spaces from being accessible for all, especially for groups that are deemed to be marginal or part of an ‘outcast’ society.Through inspecting both streets, we tried to underline some major issues that contributed in creating inaccessible public spaces. We definitely acknowledge that it is not an extra, but a need for any community to ensure social, cultural, environmental and economic adaptability within a frame of accepting the ‘Other’. Our aim is to contribute to current pressing debates about the contemporary shaping of public spaces by groups deemed to be marginal or part of an ‘outcast’ society by focusing on their beliefs, daily lives and social behavior in shared public spaces. We mainly try to find an answer to the question: Why Immigrants and LGBTQI groups seem to find it difficult to interact peacefully in the same public space. To begin to understand the complexity of this topic, we need to review some literary texts. 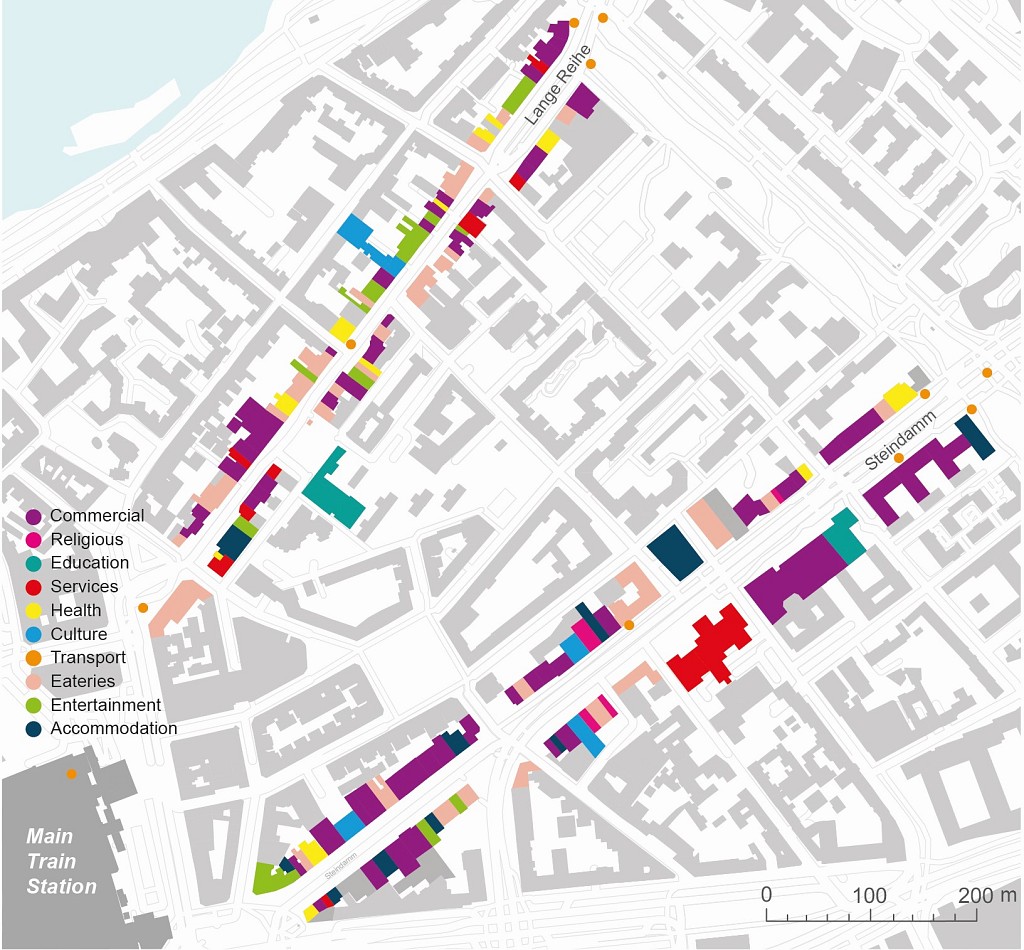 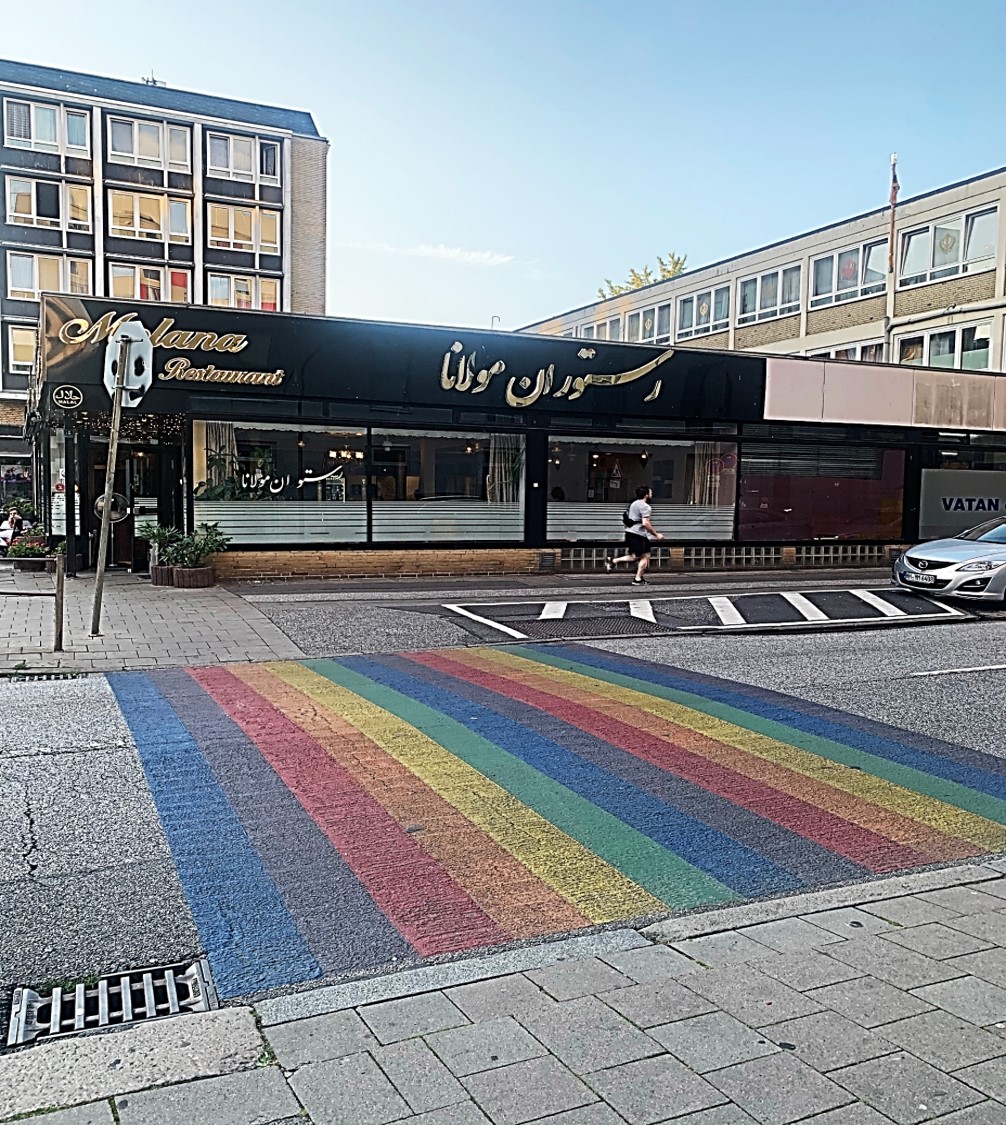 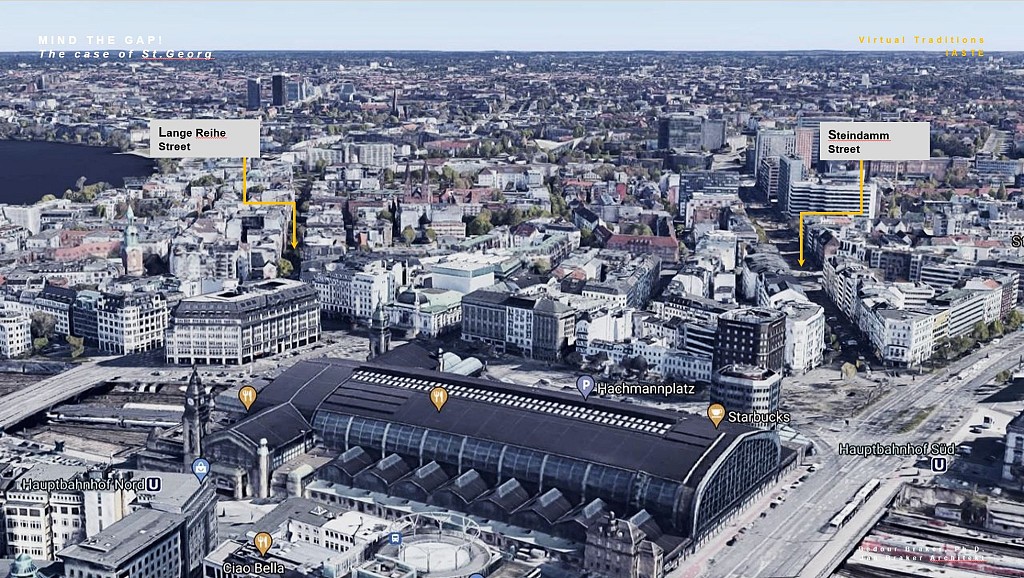 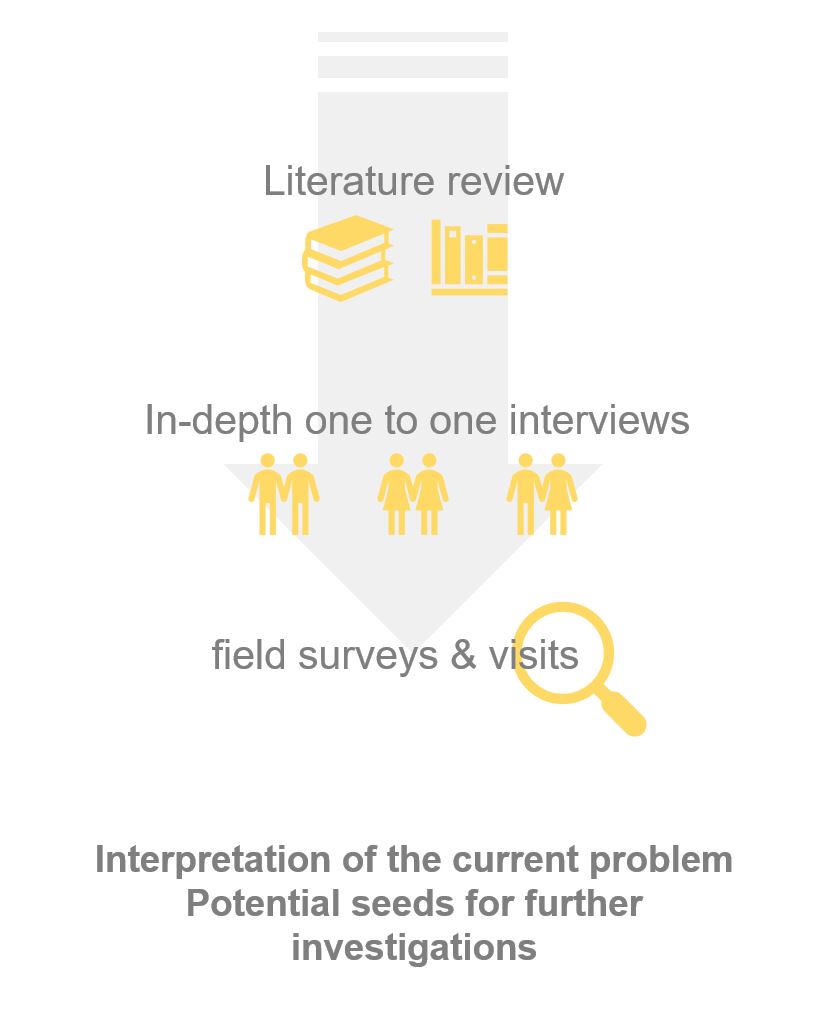 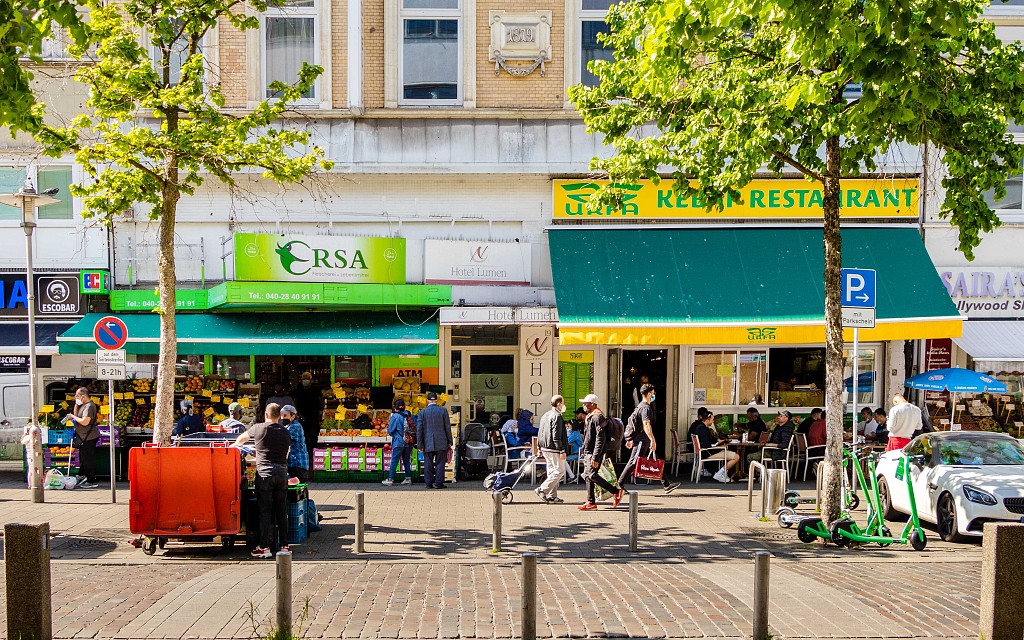 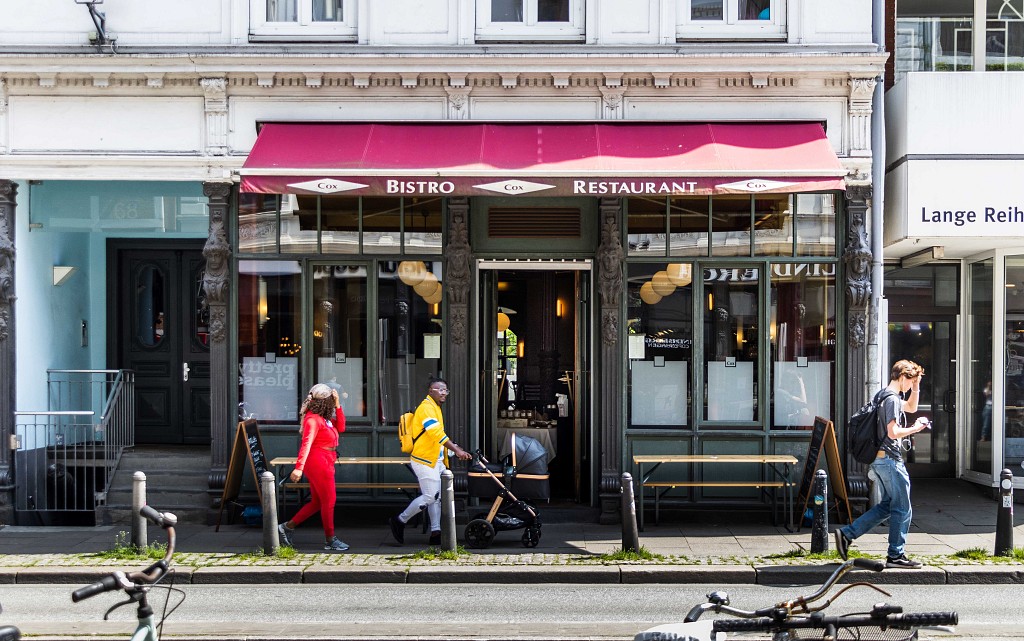 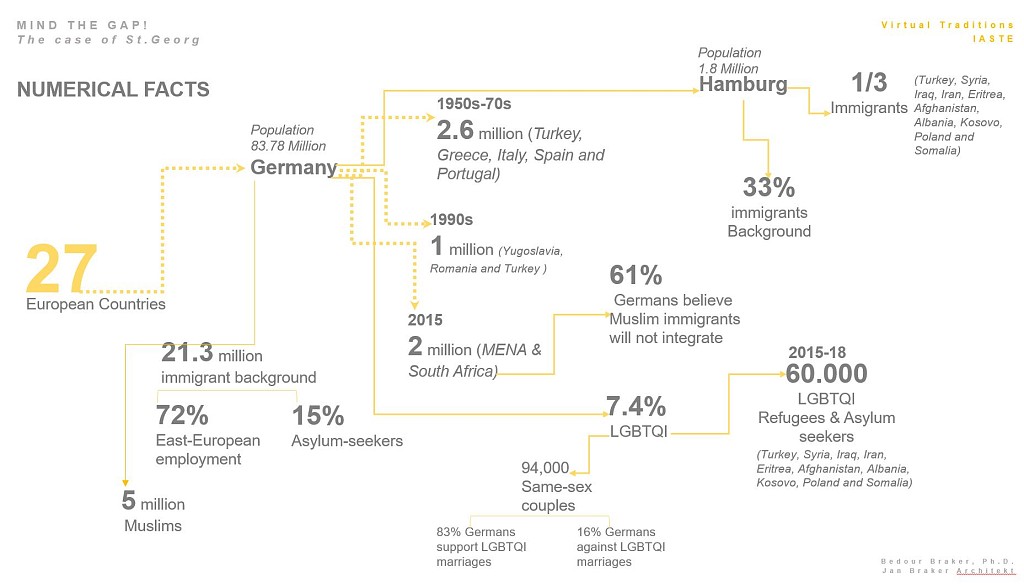