Understanding Cairo: The Logic of a City out of Control - Book Review

The reputed IJURR 'International Journal of Urban and Regional Research' has featured Dr. Bedour Braker‘s review of 'Understanding Cairo: The Logic of a City out of Control' book by David Sims. The economist and urban planner Sims discusses ijn his book the dramatic events that took place in Egypt on January 2011. He escorts the reader on a journey while viewing Cairo within a nostalgic frame. His review begins with the monarchy’s golden ages moving on to the intensified national pride of Cairo as the capital of the Arab World after 1952, and ending with the new identity of modern Cairo as a Greater Village instead of Greater Cairo. Sims tackles the issue of understanding the mechanism of Cairo as a city out of control in three main sections: the history of the city and its identity; the new informal settlements of both the poor and the rich; and finally an overview of Cairo’s main infrastructure systems in general.In her foreword, Janet Abu Lughod refers to this book as an innovative model of a genuine methodology for reading Cairo as unique case study. Throughout 10 chapters of an engagingly readable book, David Sims strongly argues that Cairo’s success can be attributed to the operation of informal processes: land is divided, properties are sold or exchanged, and public transportation is powered by an approved illegality. In that sense, he manages to prove his hypothesis that ‘informal urban development’ is the new form of urbanization nowadays, which he backs up with an in-depth analysis, well-illustrated maps, floor plans and a lot of statistics. The book in general is considered as a valuable source of reliable information smartly directed to investigate Cairo as a city out of control. Sims argues at the end that Cairo still functions as city with its own logic even if it was out of control! 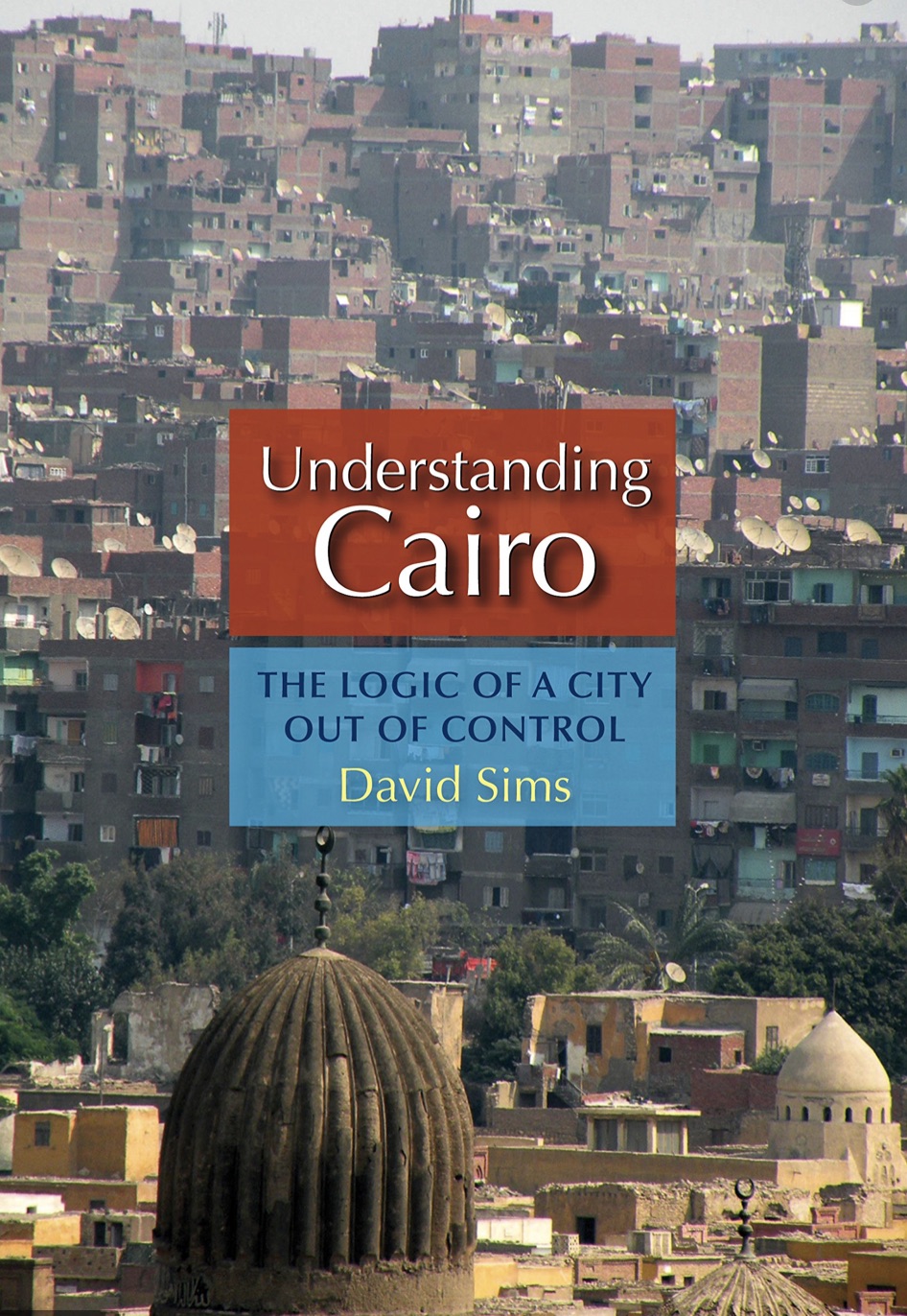 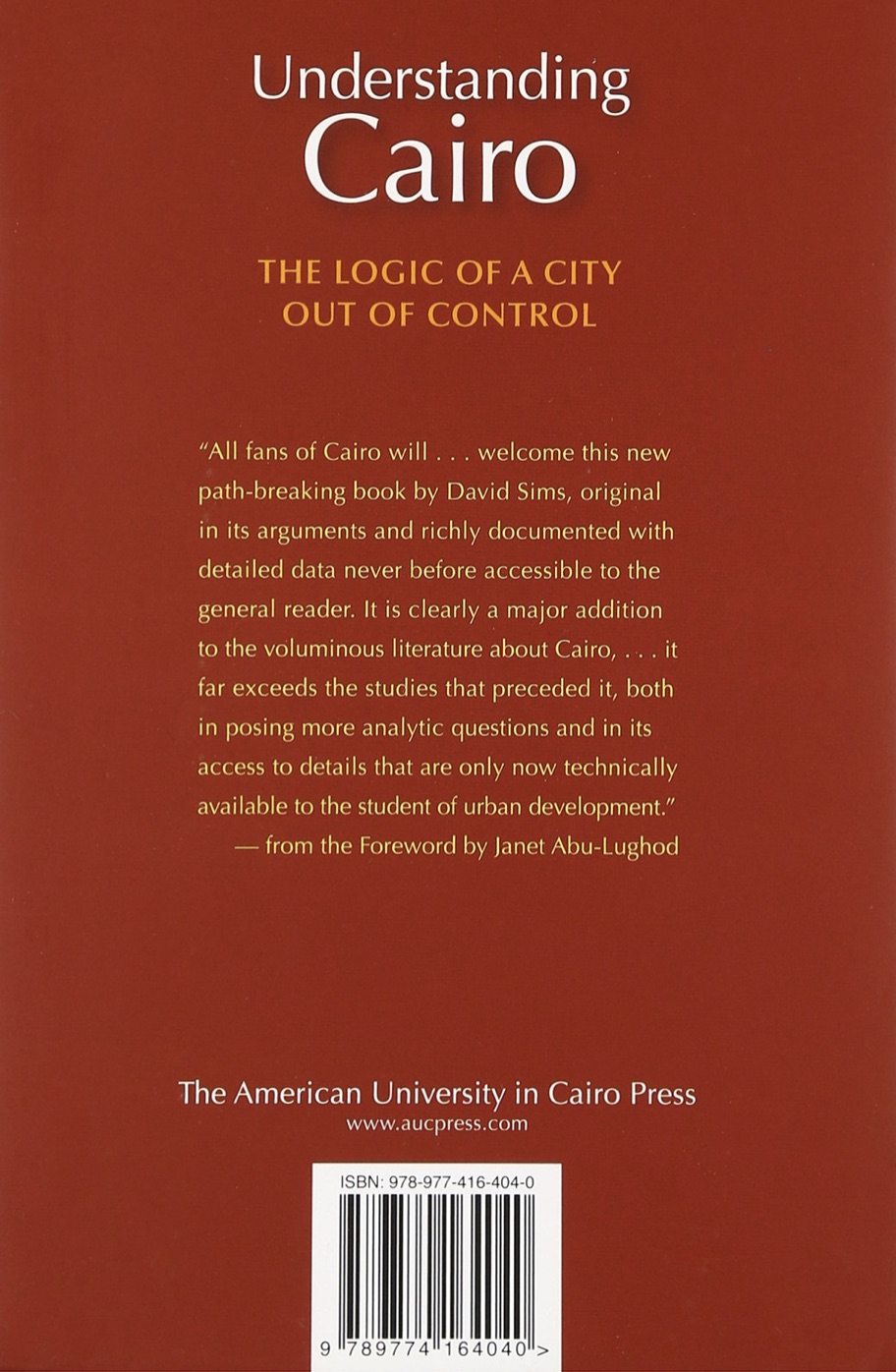