Fantasy designs for the 21st century

In 2000, urban designer and Hawaii-based eco-resort architect David Greenberg launched an international competition to solicit innovative, ecological treehouse designs for implementation as hotels at far-flung resorts in Hawaii, China, Vietnam, and Fiji. Nearly 500 architects from 38 countries responded. The scope of the competition was to design the perfect structure in the perfect place where everything one needs is accessible. Jan Braker teamed up with Raita Nakajima and Christophe Gerard and participated in the competition. After the results were announced, Greenberg decided to publish the outcome of the entries in a book. Our contribution was amongst the ones listed in the book, which contains the 100 top designs, chosen by a panel of judges. 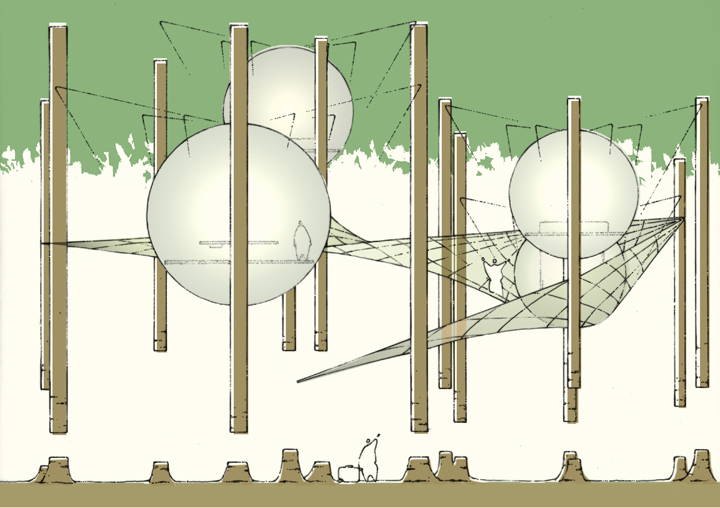