An enlarged replacement building for a facility for 120 children was to be designed for a parish in Geesthacht. After the expansion, the property would have been too small for a building with an outdoor play area, so that a strategy had to be developed to deal effectively with the circumstances.

A basic module was developed from a hexagon, for which the size of a group room was initially used. This unit was then modified, subdivided and opened depending on the space requirements, resulting in a range of spatial building blocks. In the further course, various combinations can then be adapted to the educational concept and the local conditions.

For the property, the idea of a green oasis is pursued in an otherwise functionalistic environment. The result is a walk-in landscape with plants and play facilities on three levels. The traffic areas inside are illuminated via planted inner courtyards and become attractive spaces for movement. In the long term, the building could disappear under the plants and become a diverse playable adventure park. 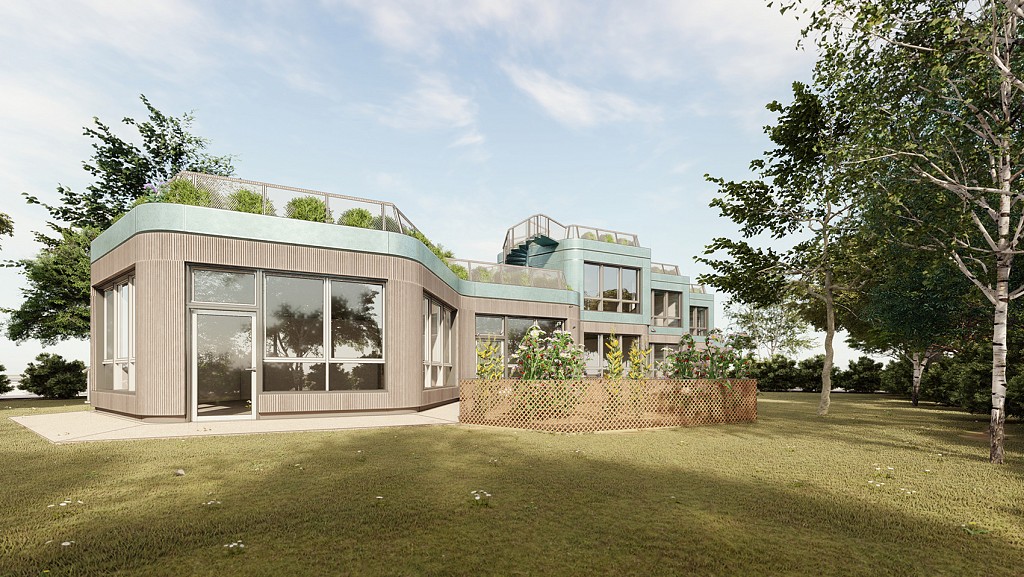 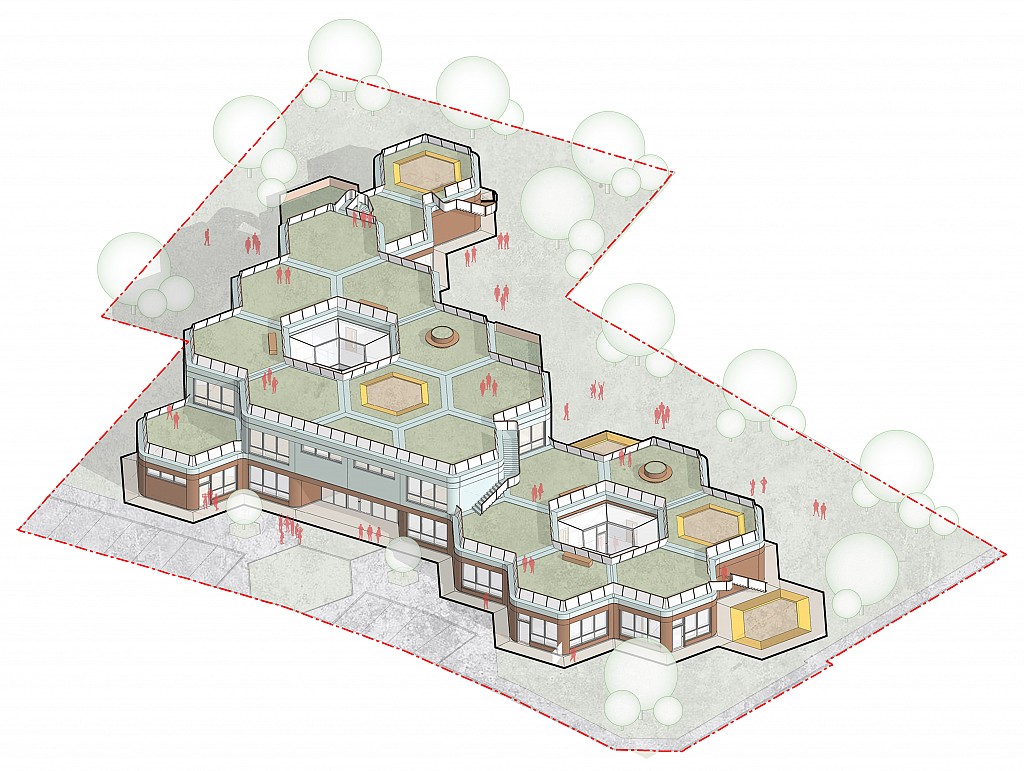 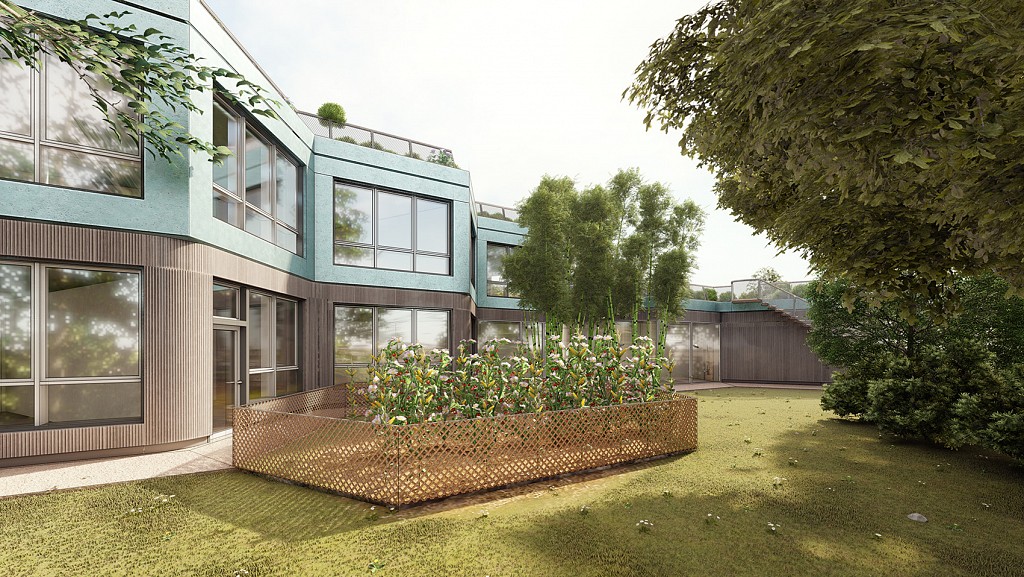 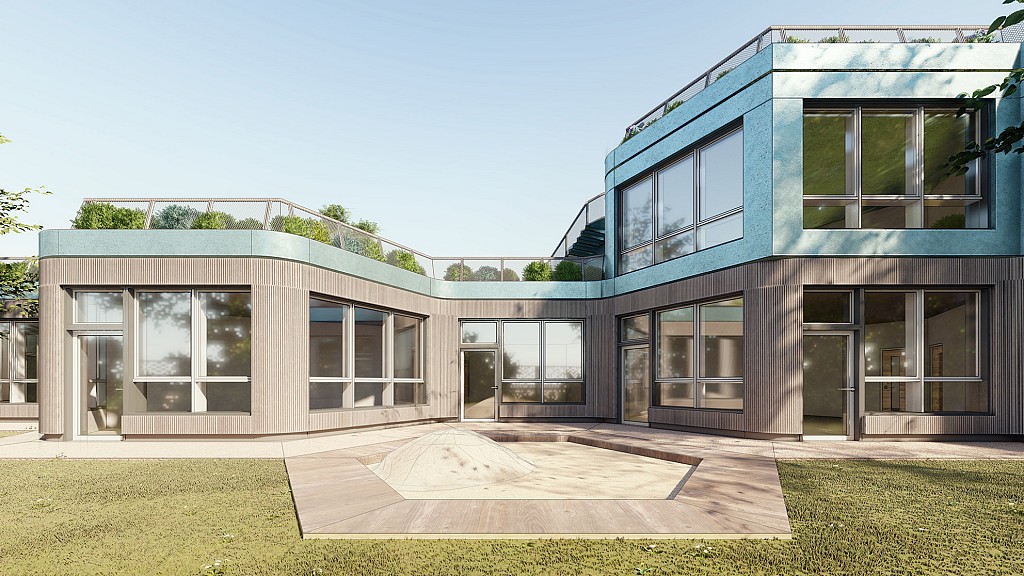 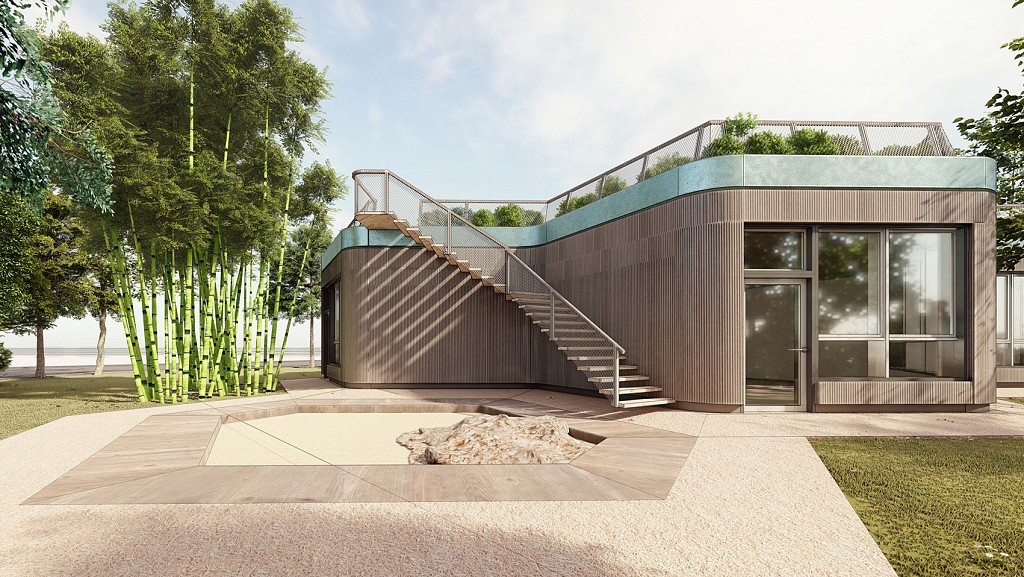 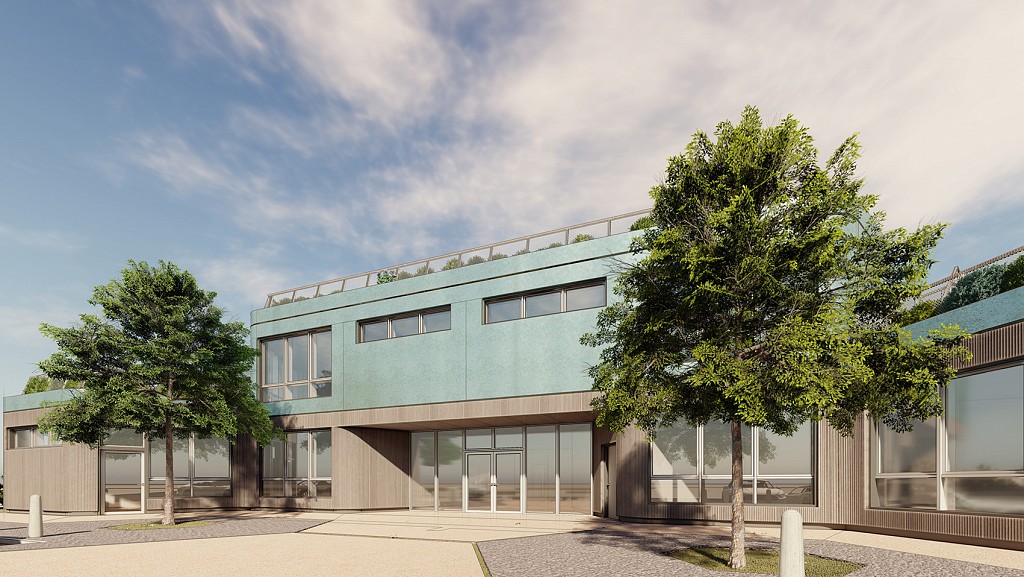 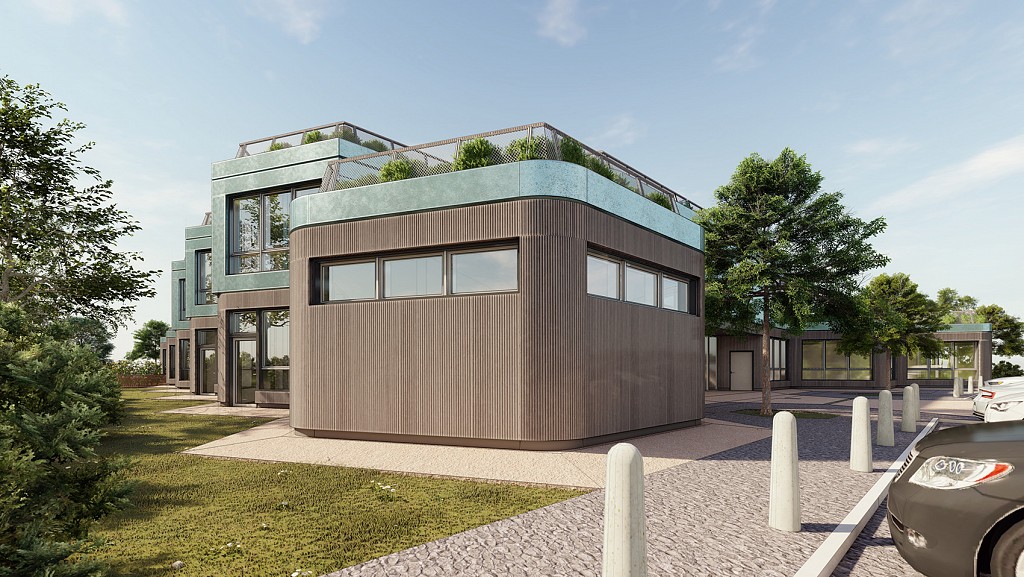 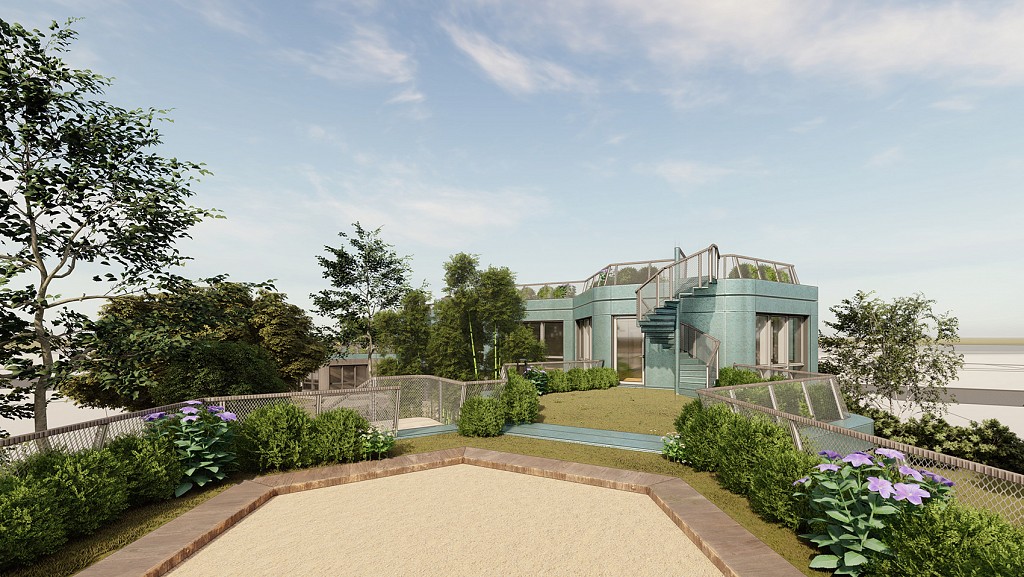 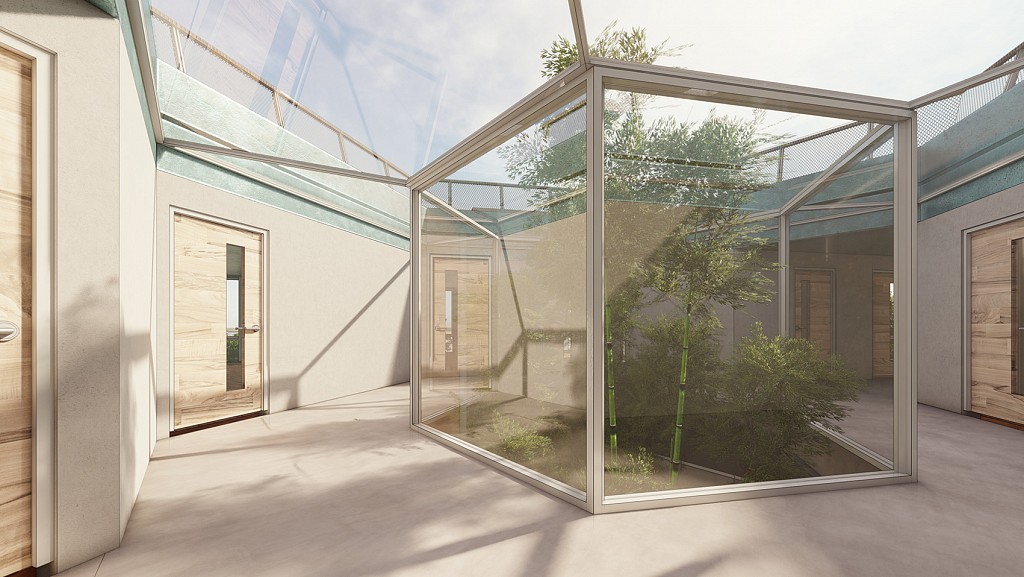 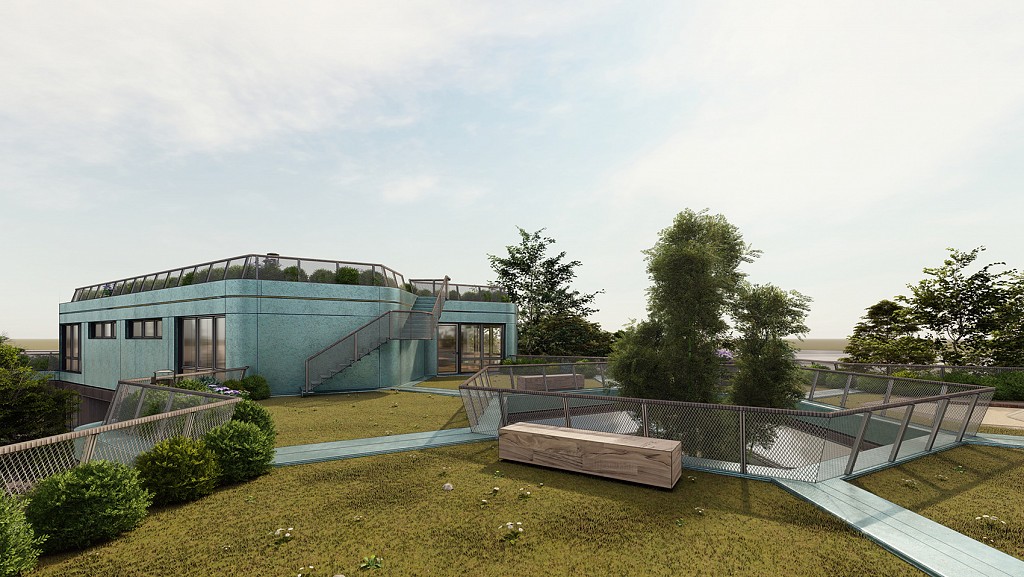 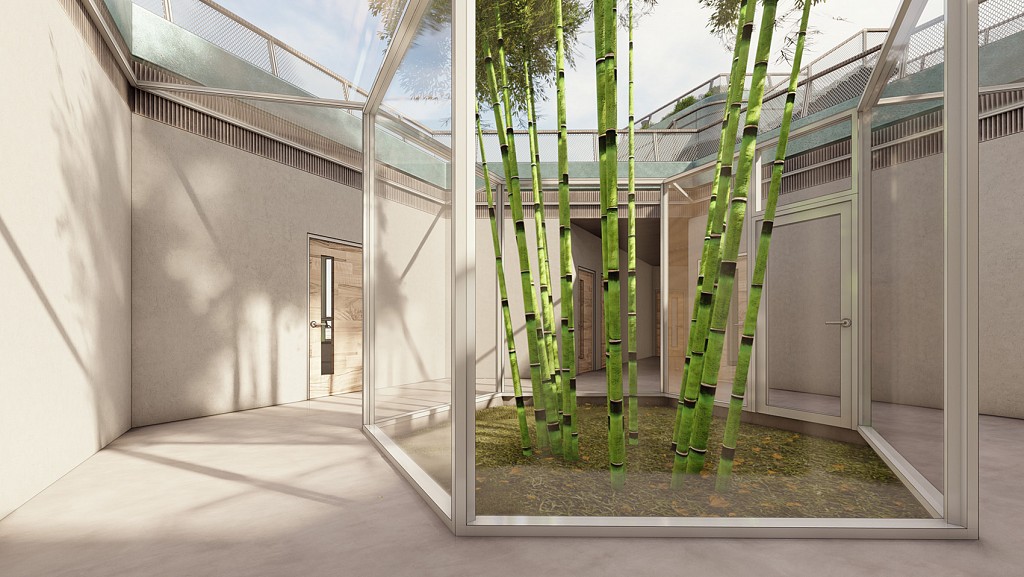 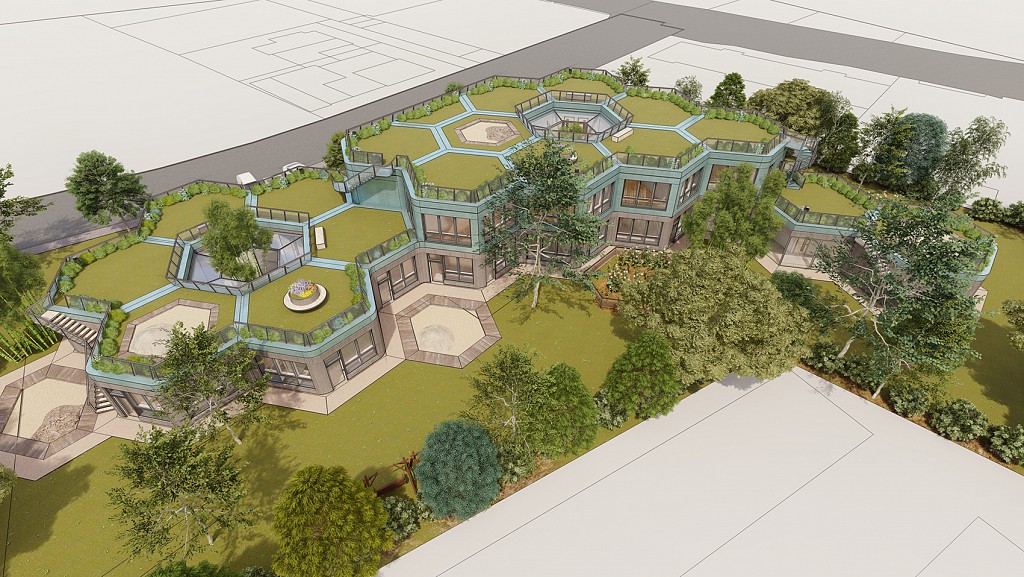 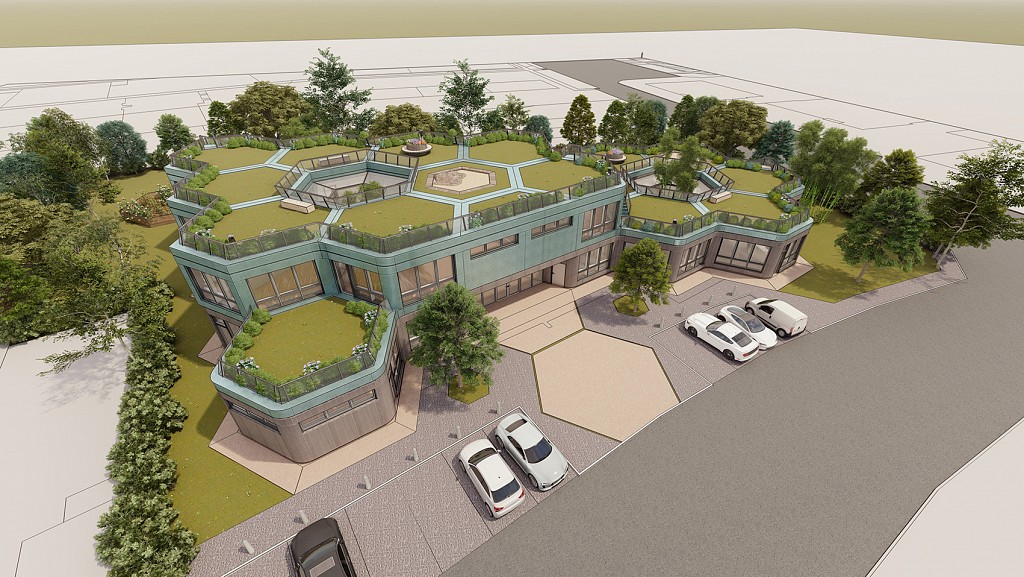