Gebrüder-Humboldt Schule consists of a group of buildings that have been built since the 1950s. An extension from the 1960s is to be replaced by a larger new building, which is better connected to the original building and has a larger capacity. The school yard is open to the public and is used by the public as a connecting route. Part of the area is designed with trees and benches between the school buildings and sports fields.

Our proposal extends the cubature of the existing building with a brick facade adapted to the existing building. In front of the existing parking lot, the building is rotated 90 degrees and opened to the school yard via a spacious glass facade. In front of this new "face" of the school, an outdoor staircase is placed, which leads into the building and at the same time invites you to hang out. The entire school yard is being revised so that the parts of the school are connected to each other and the public space is upgraded at the same time. 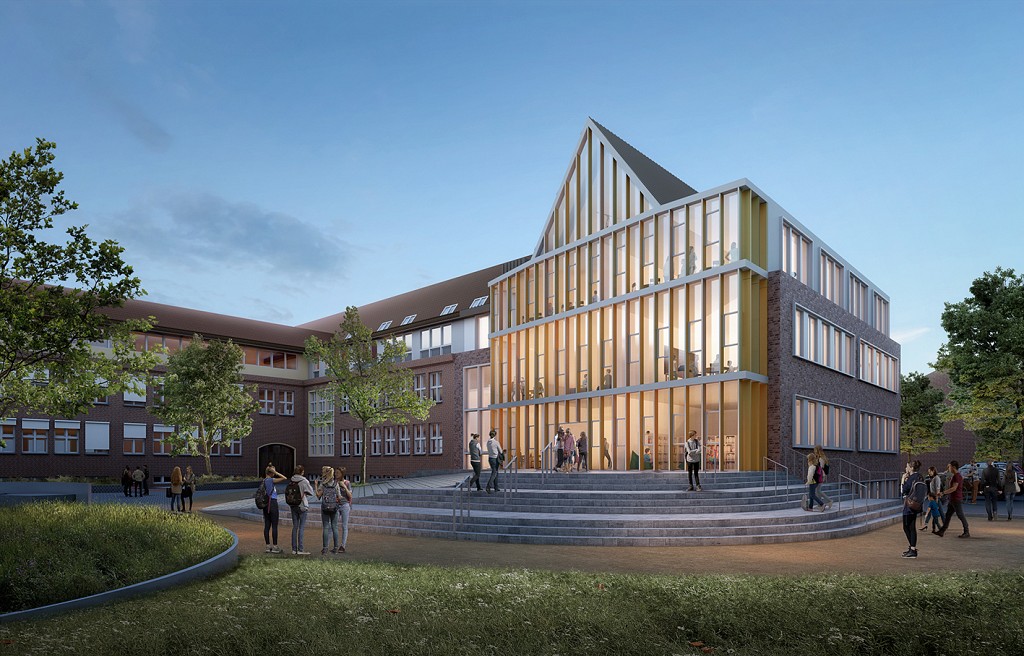 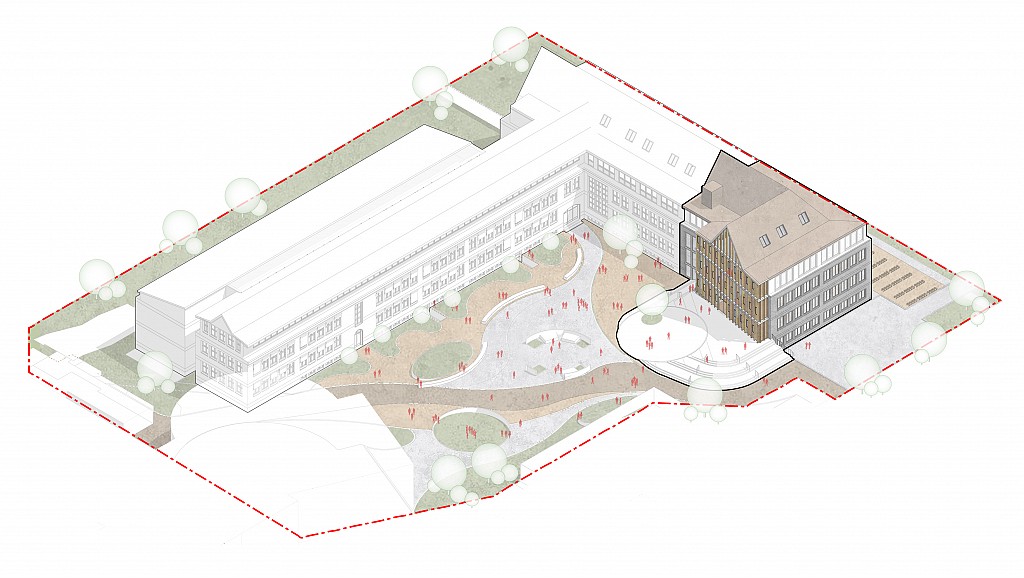 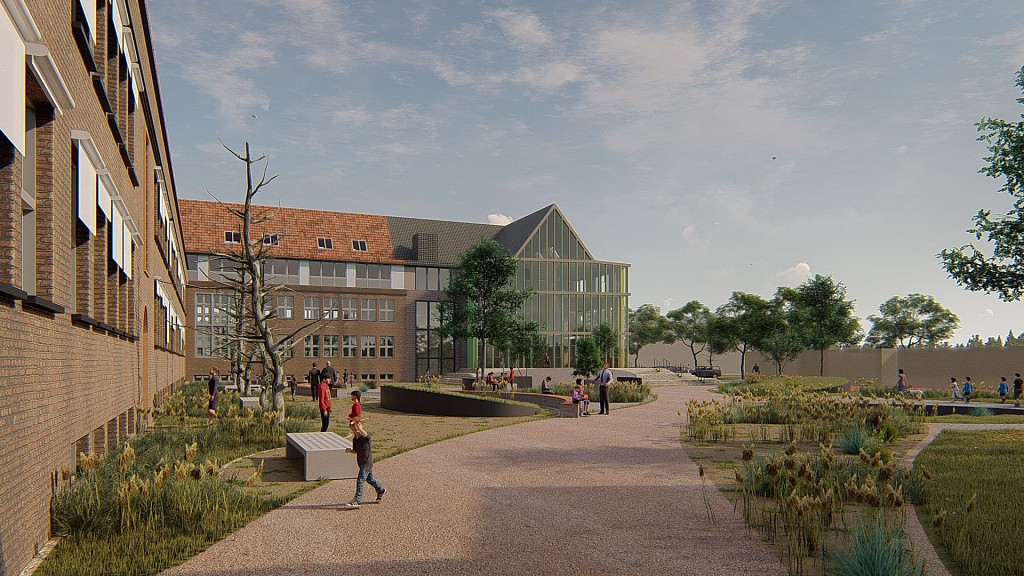 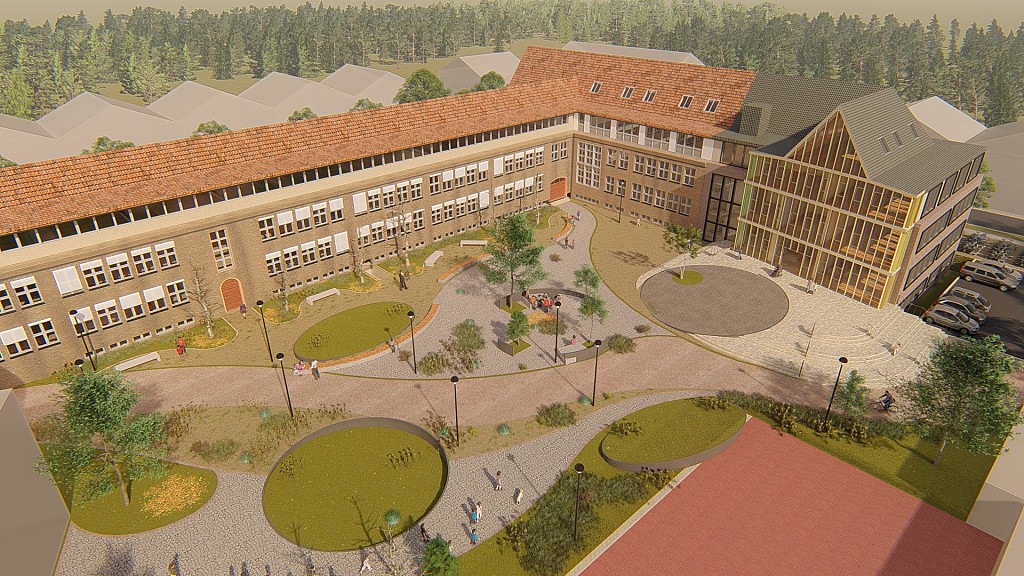 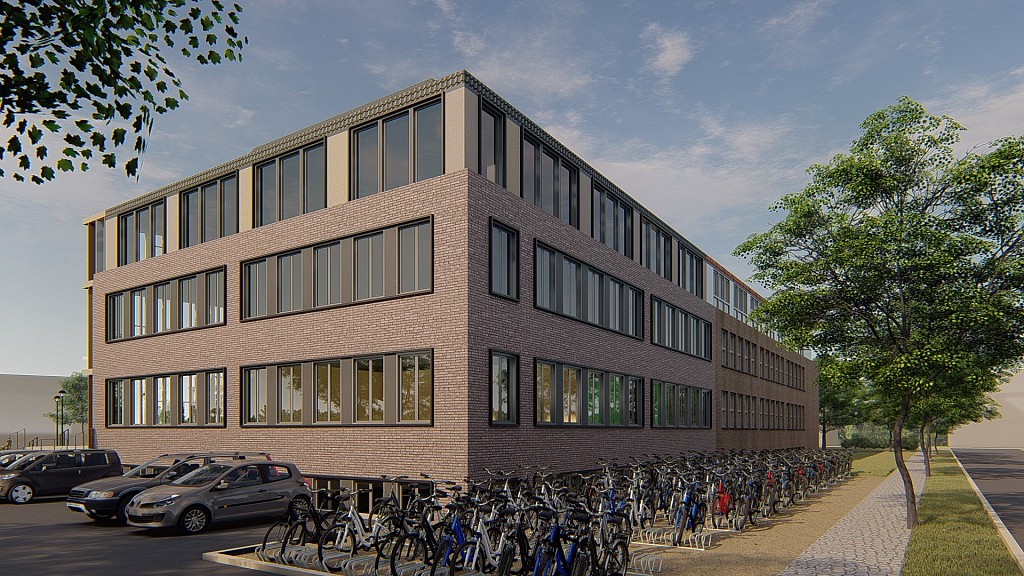