The city of Hamburg is planning to use its far-reaching canal system for the settlement of house- boats. A pilot project with a competition has been started on the Eilbek canal near the central Alster lake for which the proposal for a floating home was developed.
The upper deck and patio level is approached via a small bridge off the shore and it is flanked by two small superstructures. The lower deck accommodates an introvert sleeping area and a generous studio space which extends into double height and is well lit by glass surfaces in the roof. To enable regular servicing in a shipyard the float must be so low that it can be dragged through under the canal bridges. For that purpose both of the blue lightweight construction elements of the upper deck are dismantled and stowed away in the space of the studio area.
The houseboat is a symbiosis of town and water. The particularly nice living at the water edge in the middle of the city centre is made available. The construction and design take reference to the "Alster steamboats", the passenger's ferries typical for Hamburg on the centrally situated Alster and the adjoining canals. 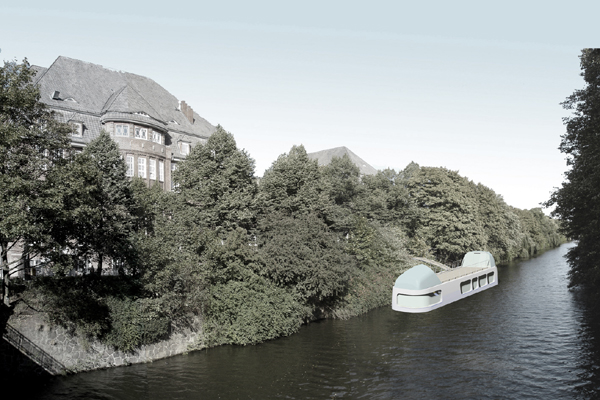 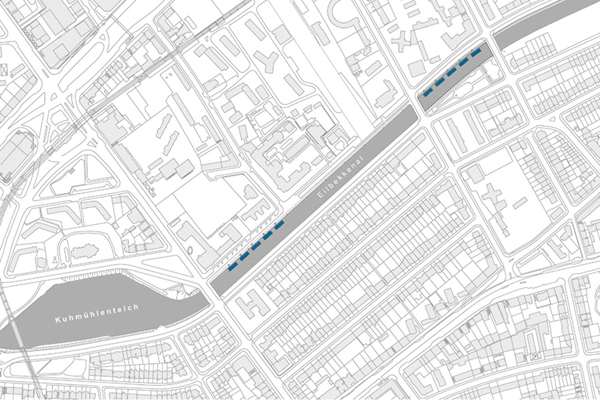 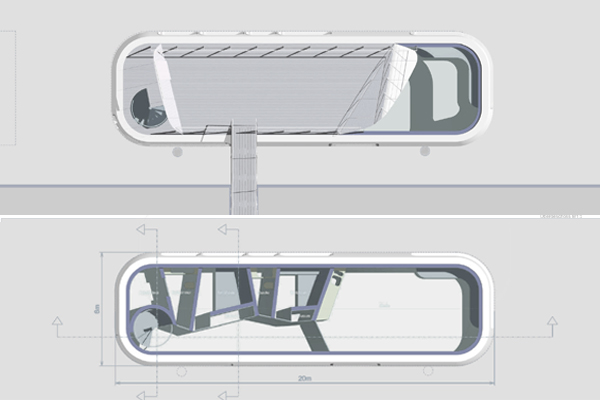 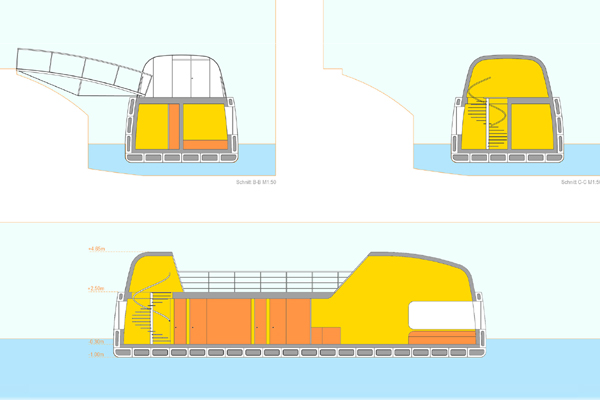 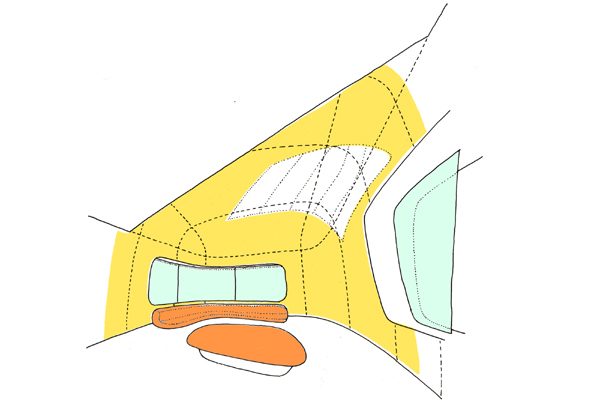 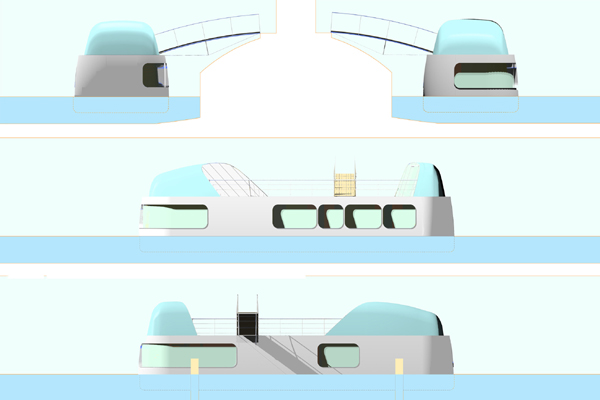