The competition entry concentrates on the actual site as the central topic of the exhibition.
Not far from the Berliner Landtag (the parliament of the city state of Berlin) a visitors' and documen- tation center is supposed to be placed in the area of the foundations of the Gestapo (secret police) of the Nazi-regime. To the north the site is enclosed by one of the few remaining stretches of the Berlin wall, which later on divided the city for several decades.
The historic relevance of the place is emphasised, thus giving the visitor the opportunity to reflect the atrocities that were planned and carried out at this location. It is made clear that this is not a memorial but a functioning visitors` and documentary centre. At the same time, the design of the landscape strives to create a connection with the memories and stories that are related to the site.
The existing sorts of grass are combined with some wild sorts of grass and flowers, the talus found on the site is put together to form an irregular pattern. The building itself stands out from the ground, reacting to the cruel surroundings with its Corten facade. 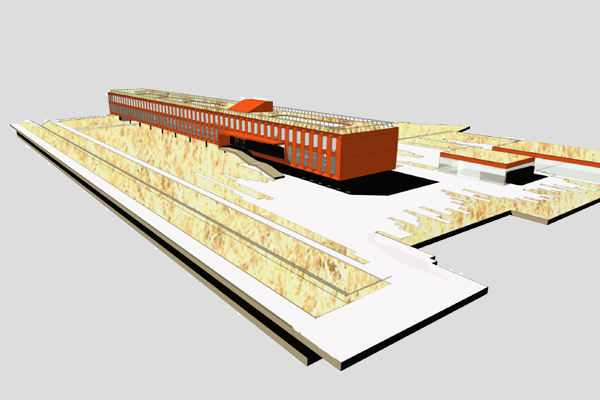 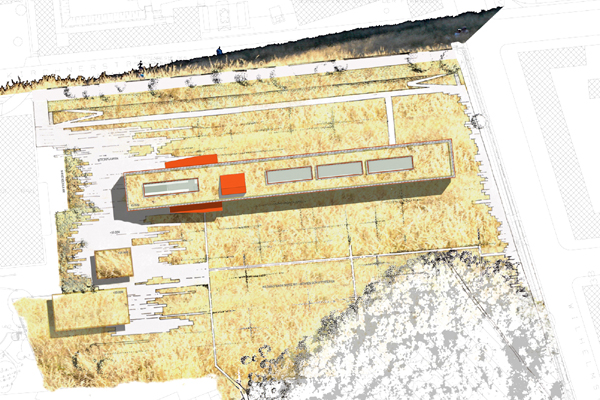 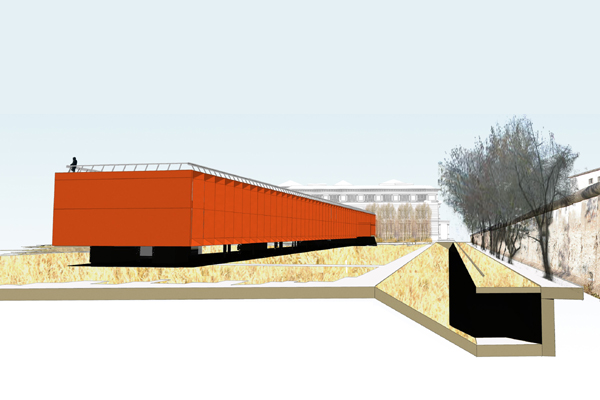 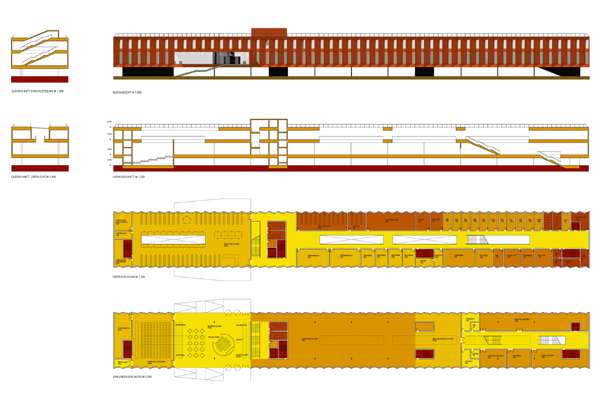 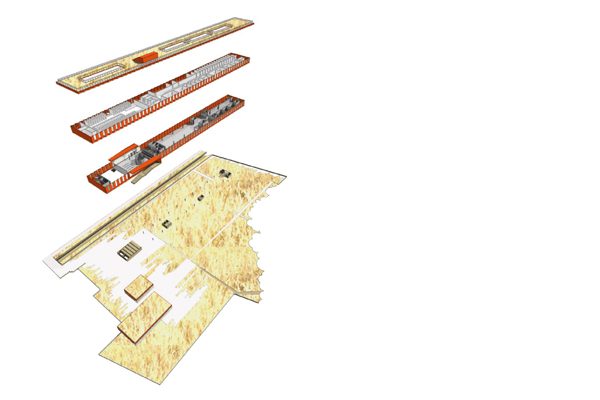