The building of the former primary school 'Nord' is situated in the centre of the town and has been visited  by many generations of citizens during its more than 150-year-old history. The school was enlarged in mainly four phases, the latest extension took place in the 1990's when the former playground was covered and a generous foyer was created.
Now the school has been altered for the purposes of the local public library and also the community college. The spaces were modified in such a way that the public library has received an inviting book hall by combining several class rooms. The integration of a new stair arrangement allows that the sanitary arrangements are accessible for both institutions from the entrance hall. Due to the change of use, complex demands for fire prevention had to be realized and a ventilation system had to be integrated. Moreover, a parking bay arrangement has been built and an outside solar protection system was inserted.
The 'Schule Nord' has become a new municipal centre in the heart of the town and again it is available for the citizens to continue their education and for public events. 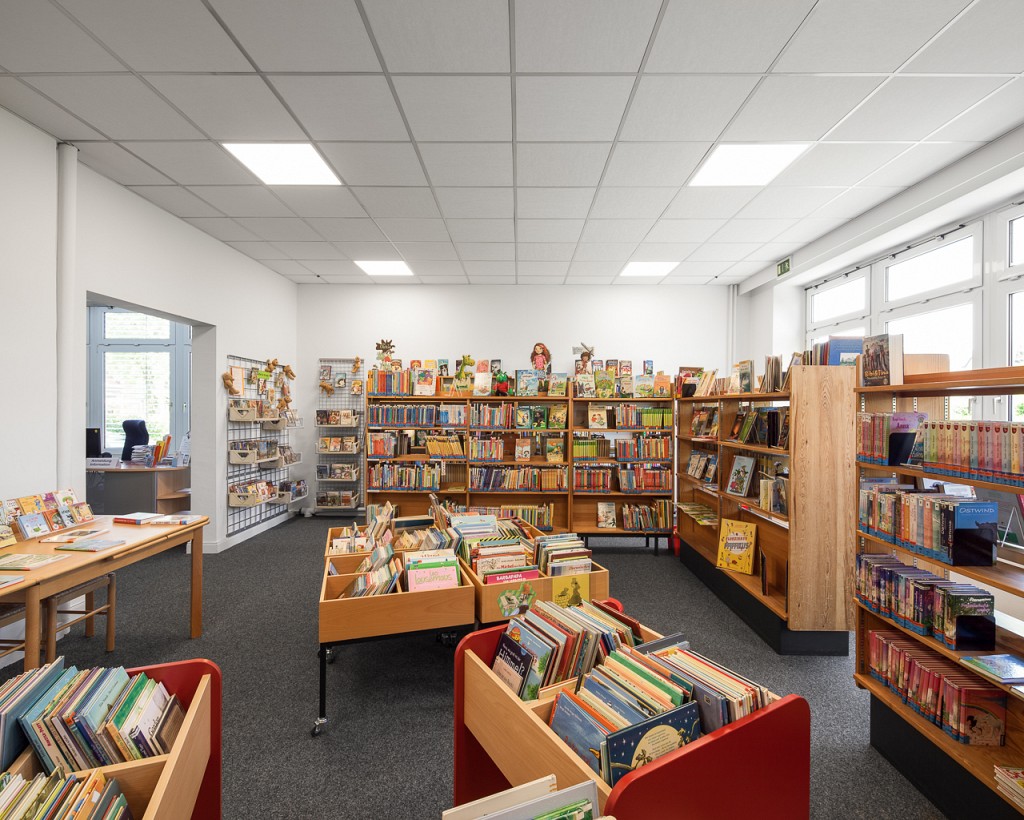 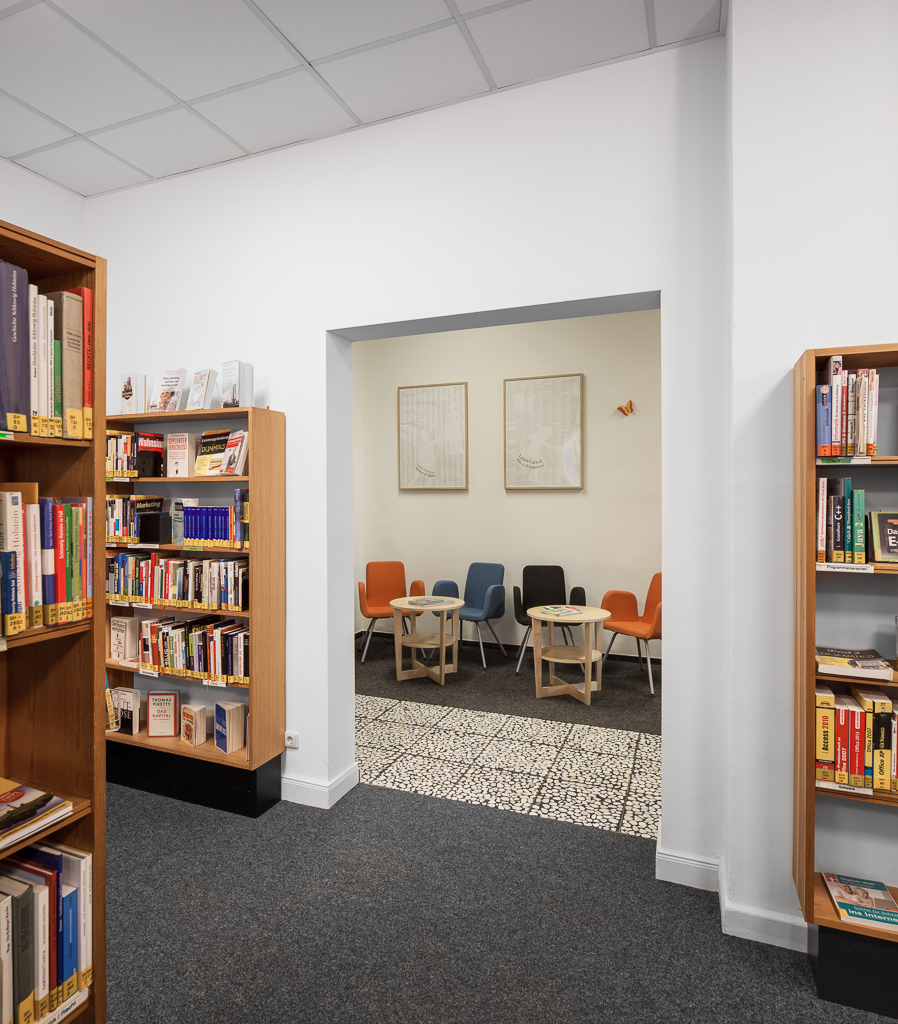 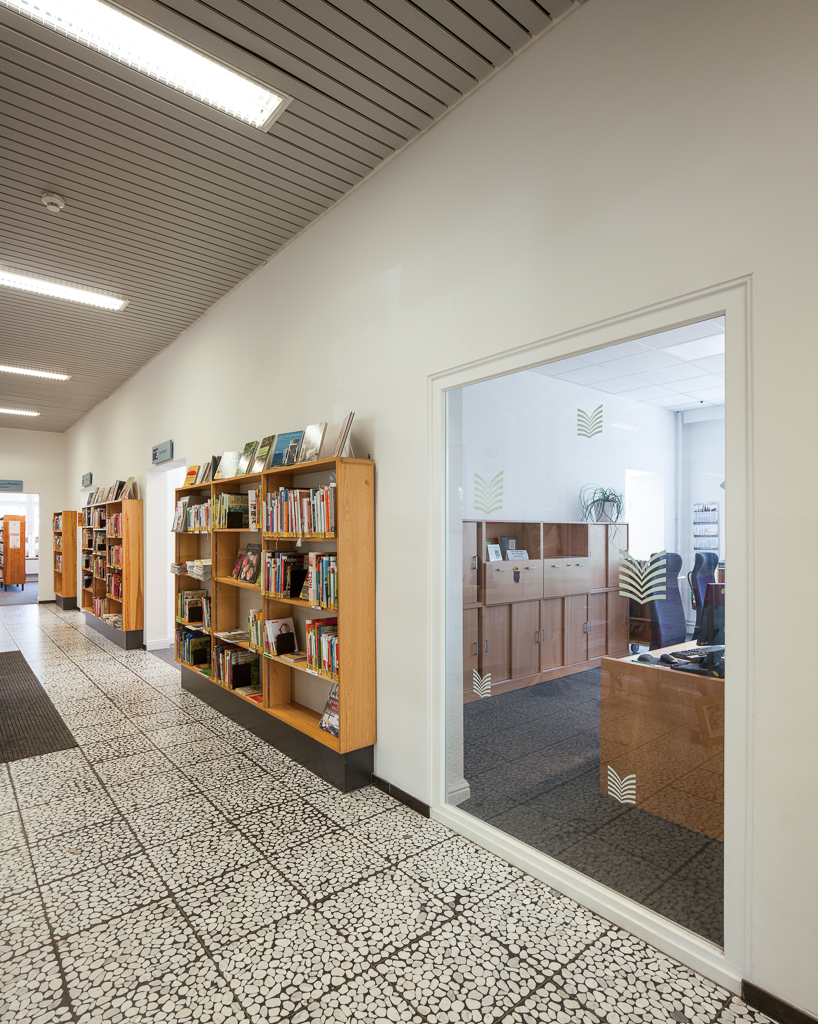 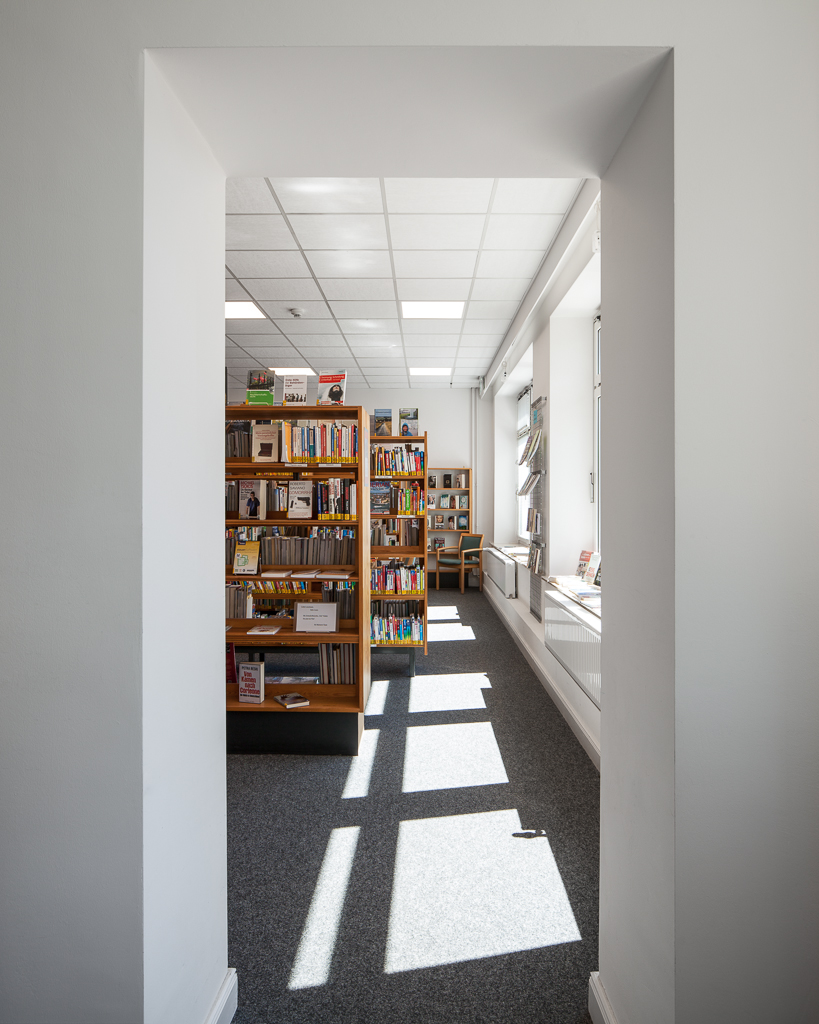 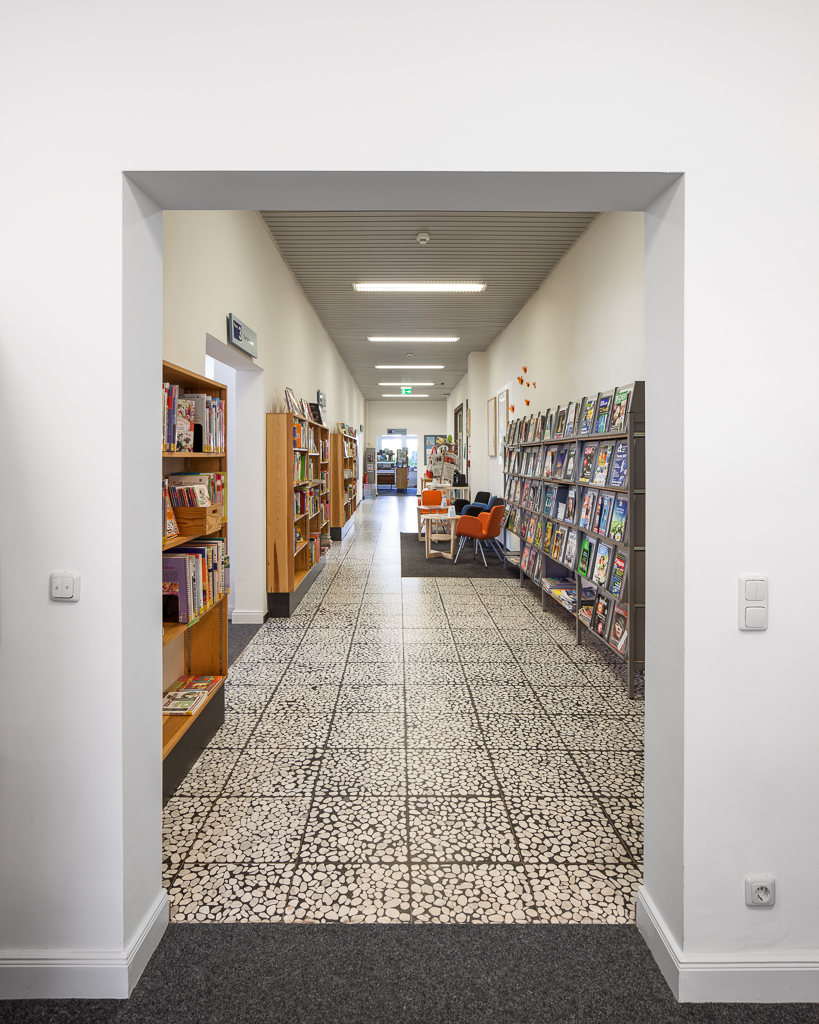 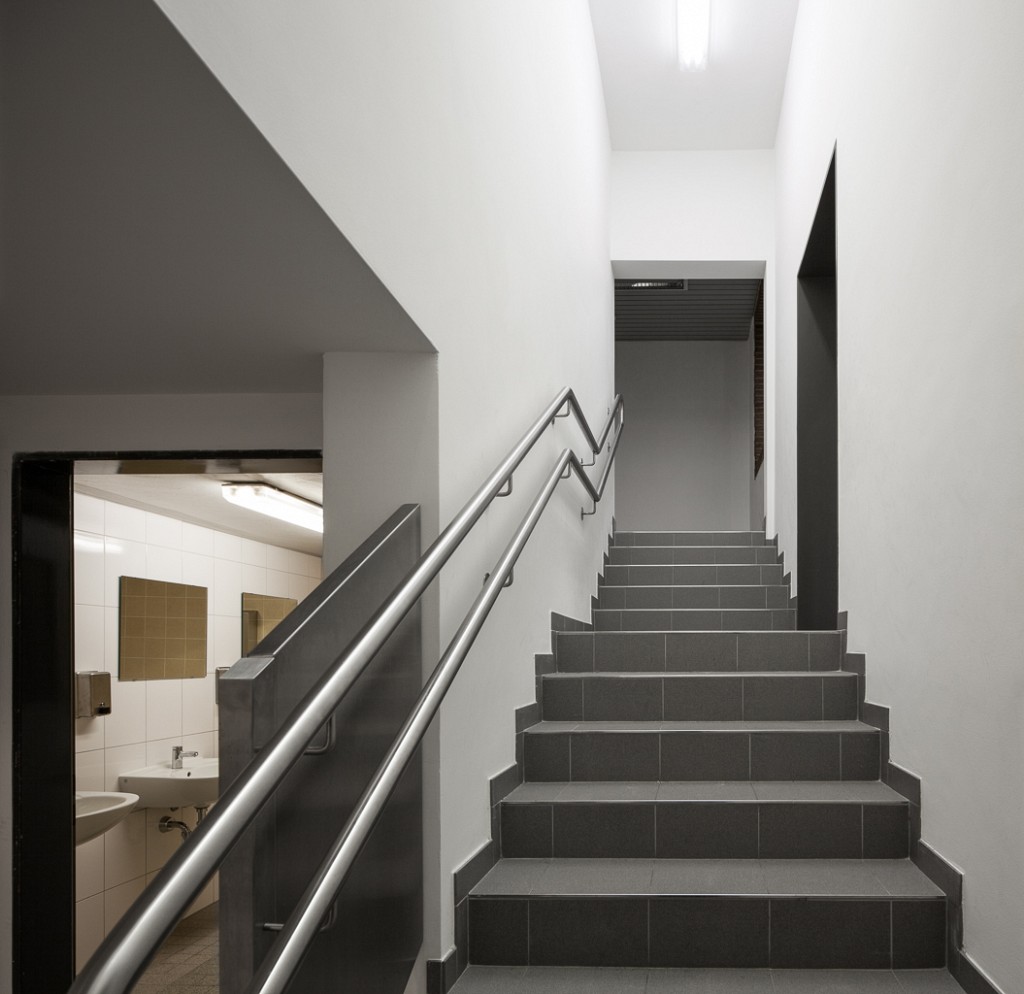 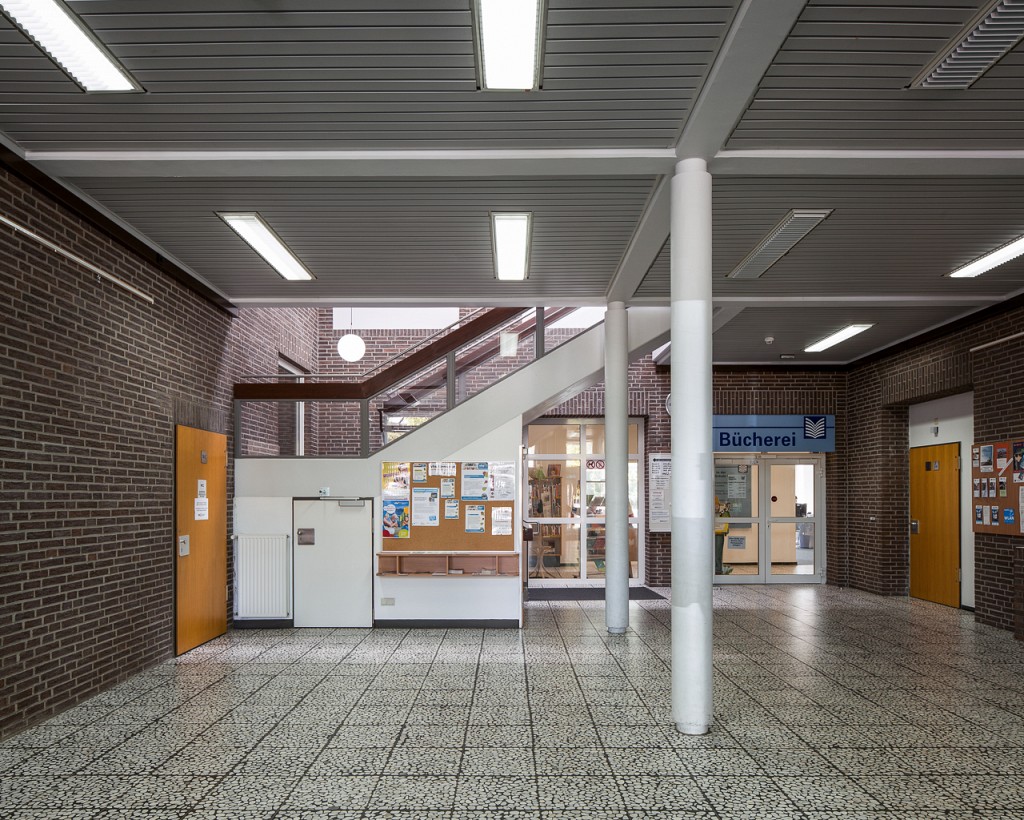 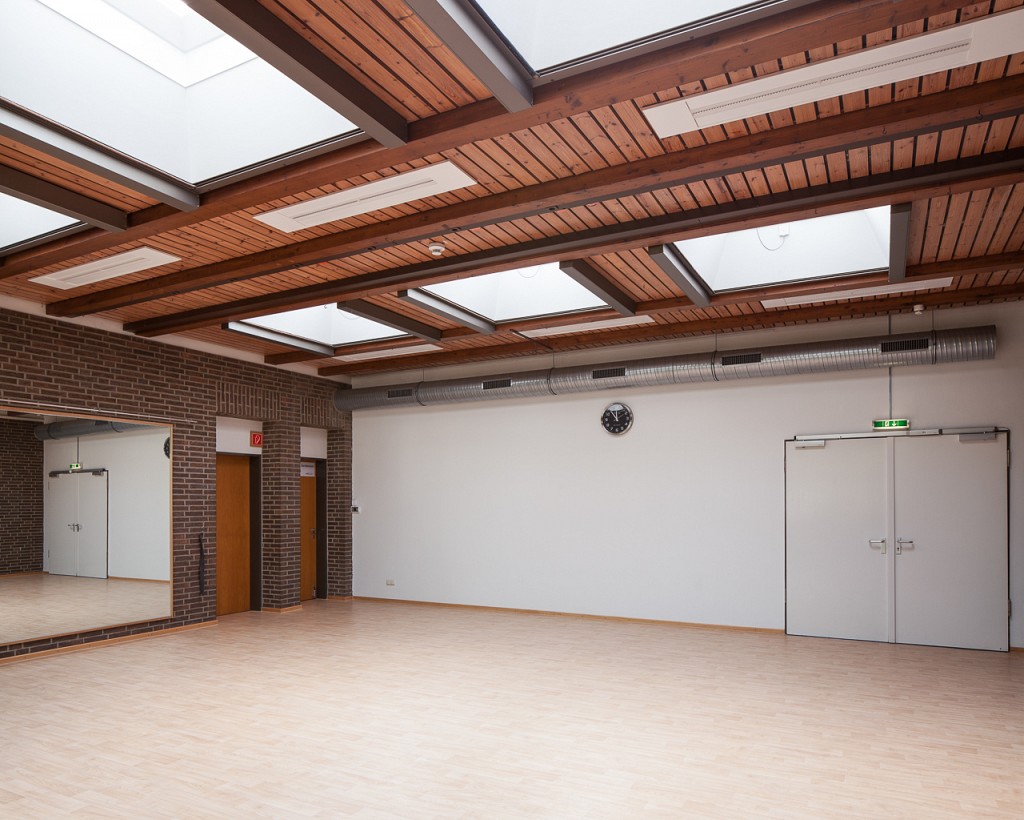 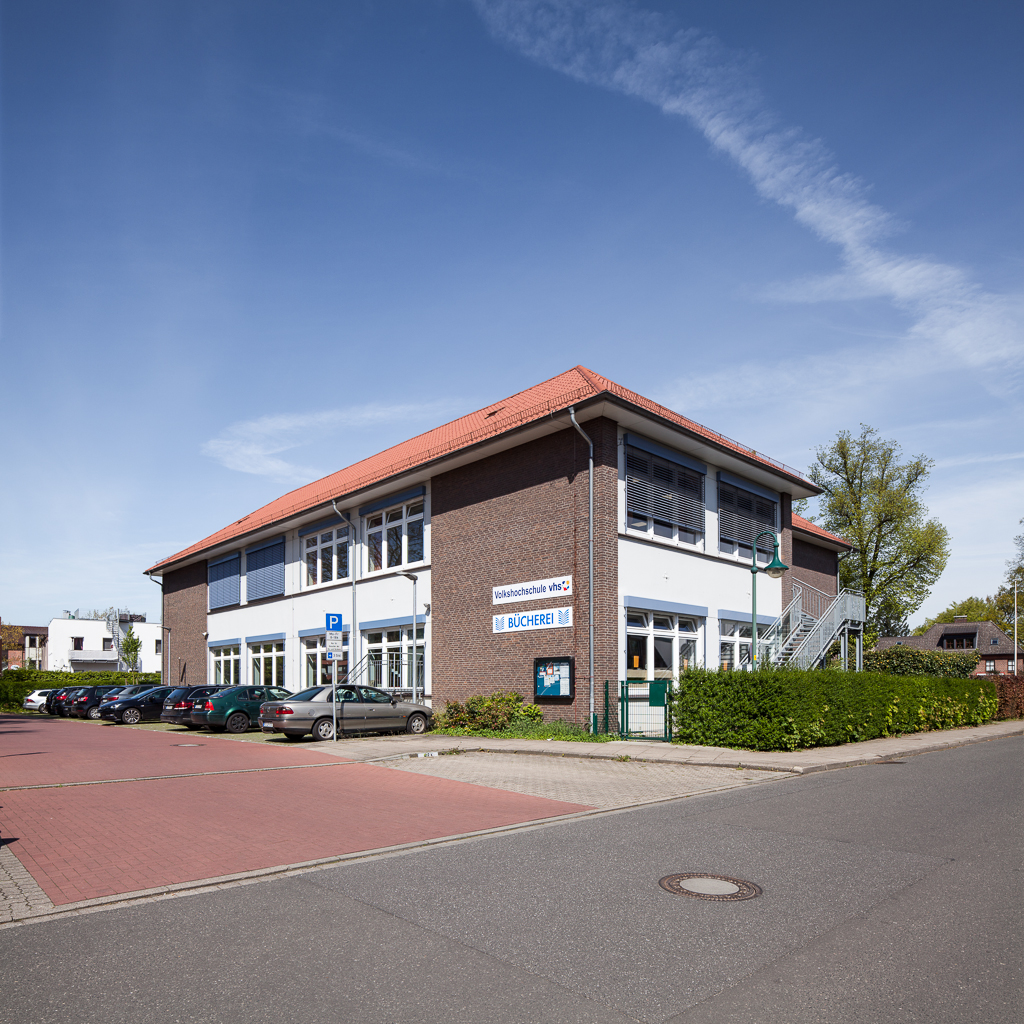