The Liliencronschule in Lägerdorf is located in the centre of a municipality characterized by large-scale field of chalk mining. The school was built in 1965 and then expanded in the 1970s. Originally planned for a larger number and older pupils, the school is now used as a primary school, part of the building complex was converted into a kindergarten and expanded locally.
Over time, the buildings have been partially renovated and adapted to their respective needs. Now, new adaptations are again necessary due to changing requirements for fire protection, accessibility and digitalisation. At the same time, some parts of the original shell materials and technical building equipments need to be replaced.
Inside, an elevator as well as two lifting platforms will facilitate the accessibility into most of the buildings. The spacious stairway in the entrance area is used for meetings for the entire school. Here, a light installation in the ceiling area is integrated. Acoustic ceilings and contemporary lighting are also installed throughout the building. Several escape stairs are installed outside, for which openings are integrated into the existing veneer facade. 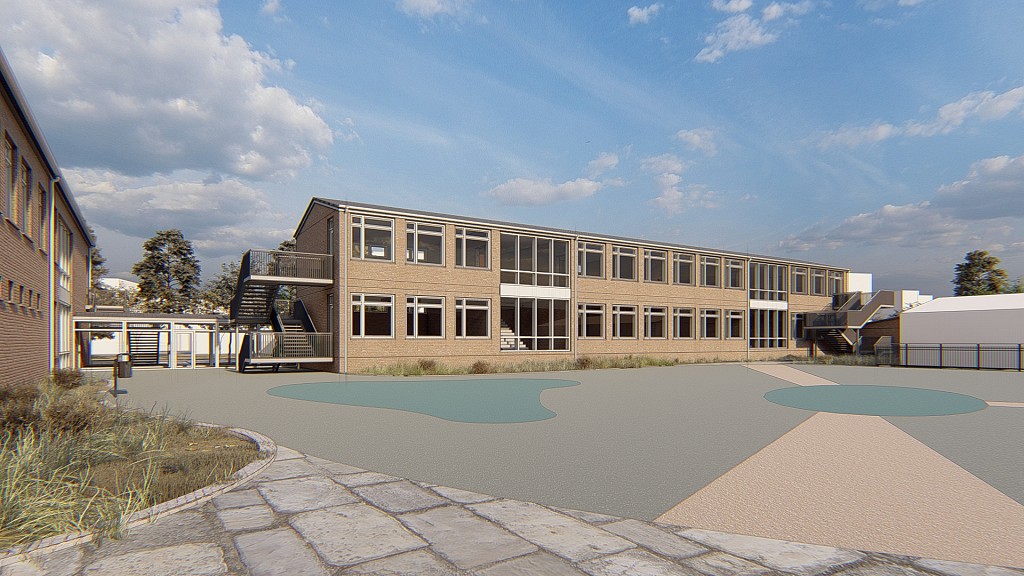 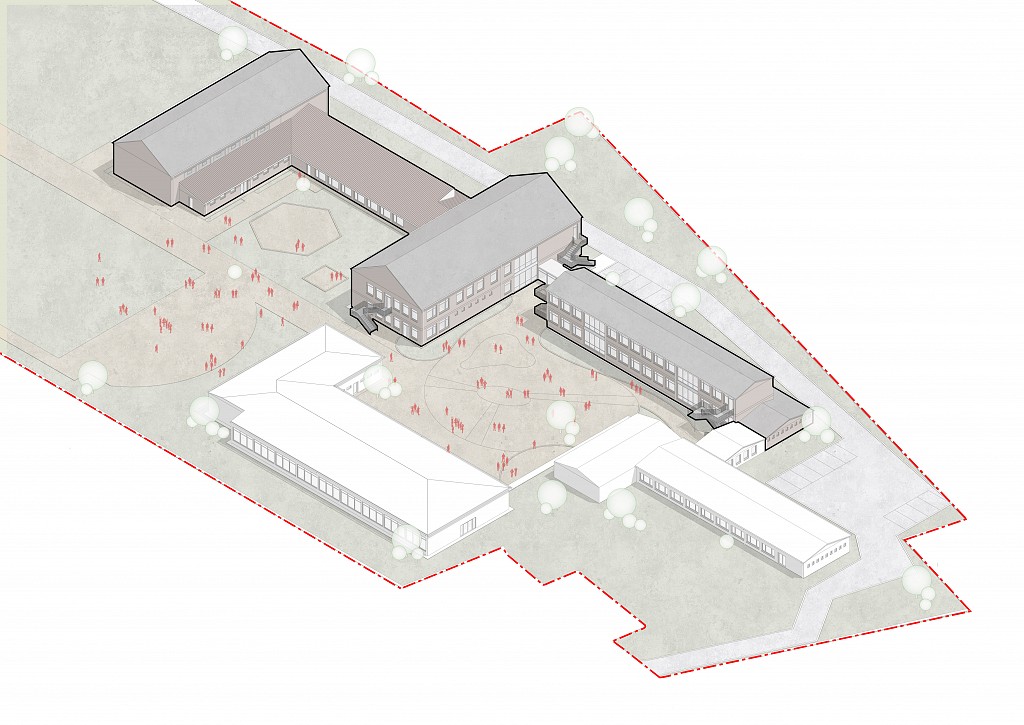 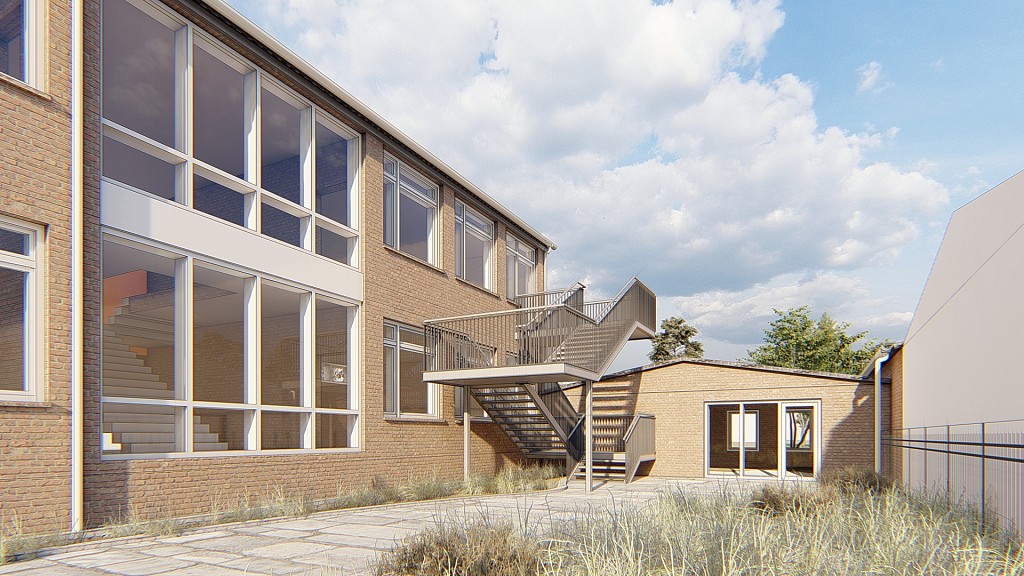 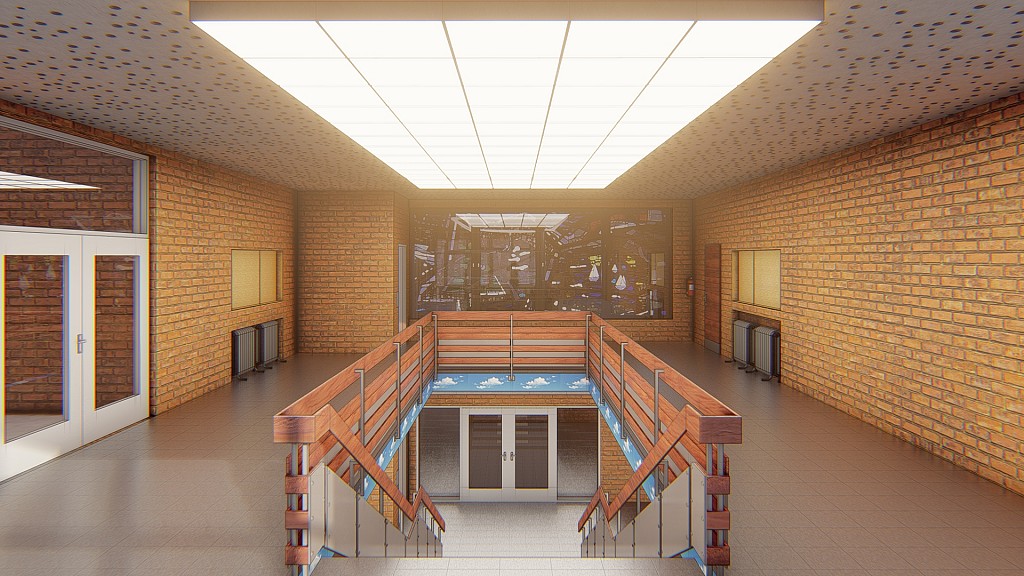 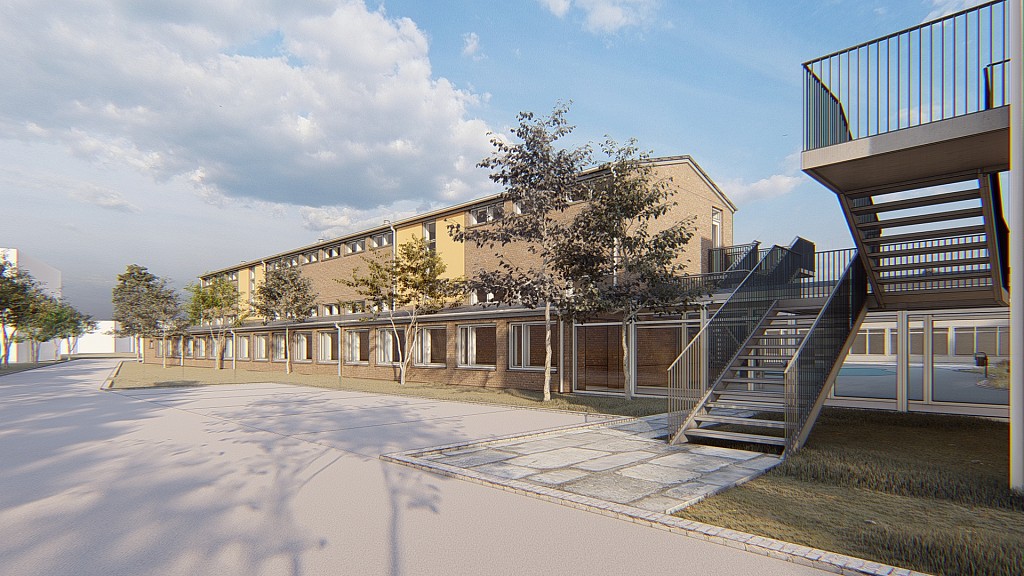 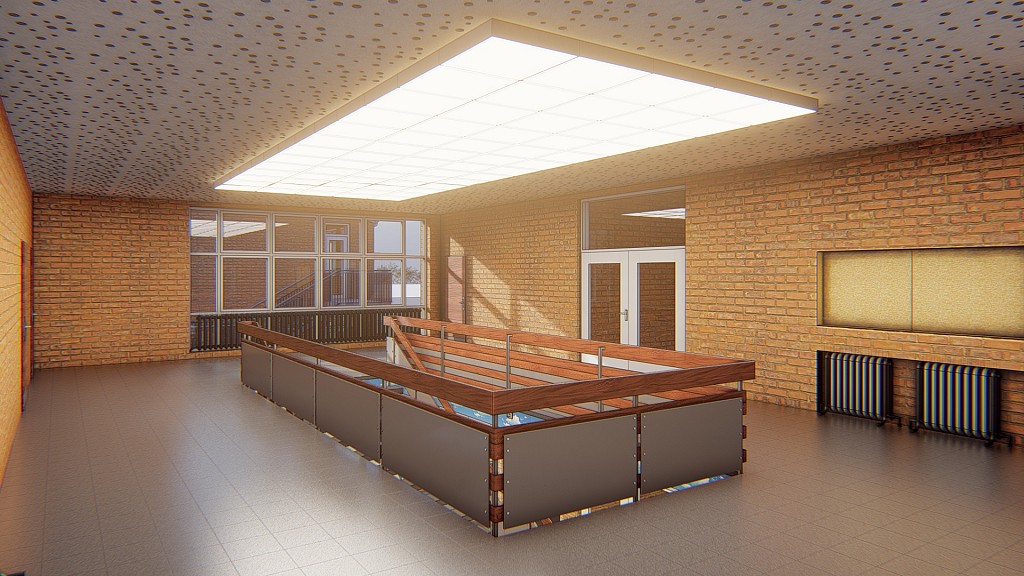 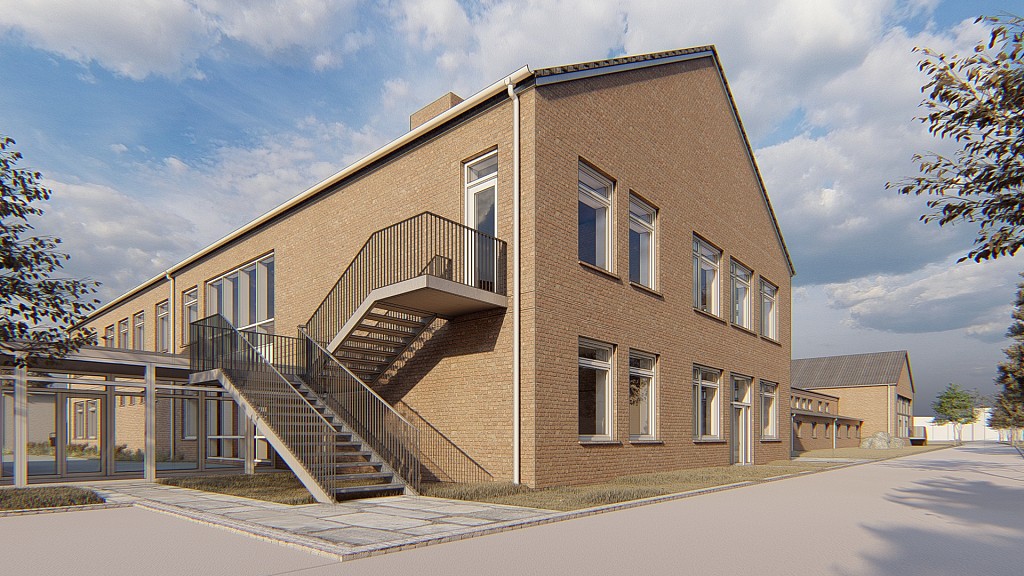 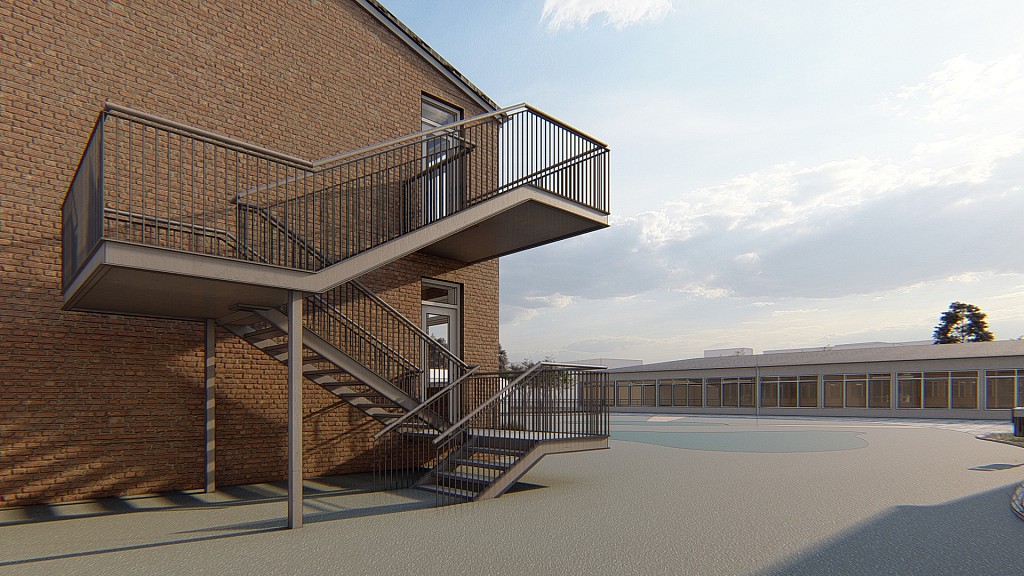