The Kurt Schwitter's forum is located in a former office building which was part of the world exhibition in the year 2000 in Hannover. Today the building is used by the college for music, theatre and media Hannover (HMTMH) and the college of Hannover. The forum forms the entrance situation for both institutions as well as the foyer area for two theatrical stages.
At first the HMTMH commissioned a study to inves- tigate the potentials of the former Expo-area in general and to create a strategy for the improve- ment of the location within the building. A concept was developed with smaller interventions as cata- lysts for the revival of the whole area. One of those is the realised new forum which was developed together with the employees, teachers and students of both colleges.
The entrance hall was increased by the integration of several rooms; a cafe, information areas, seating possibilities for student working groups and a computer space were created. The expressive formal language takes reference of the Merzbau projects of the Dada artist Kurt Schwitters and meanders as a coherent, usable space sculpture throughout the entire foyer area. 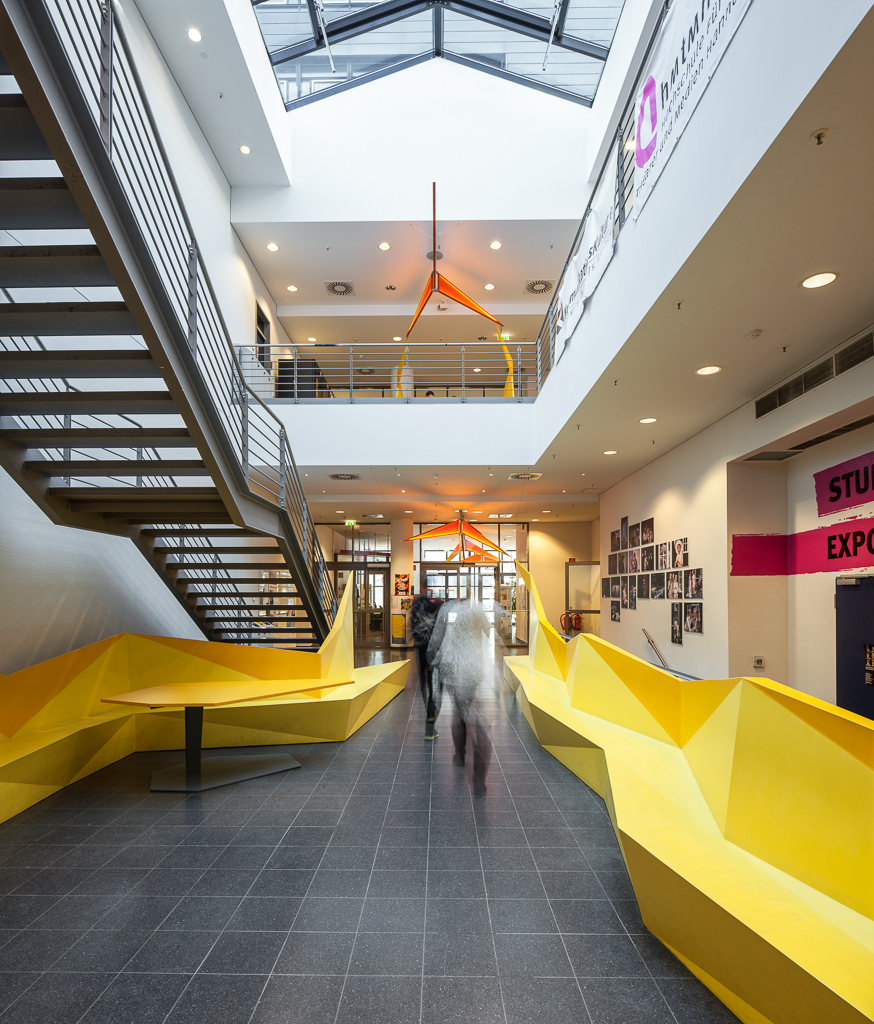 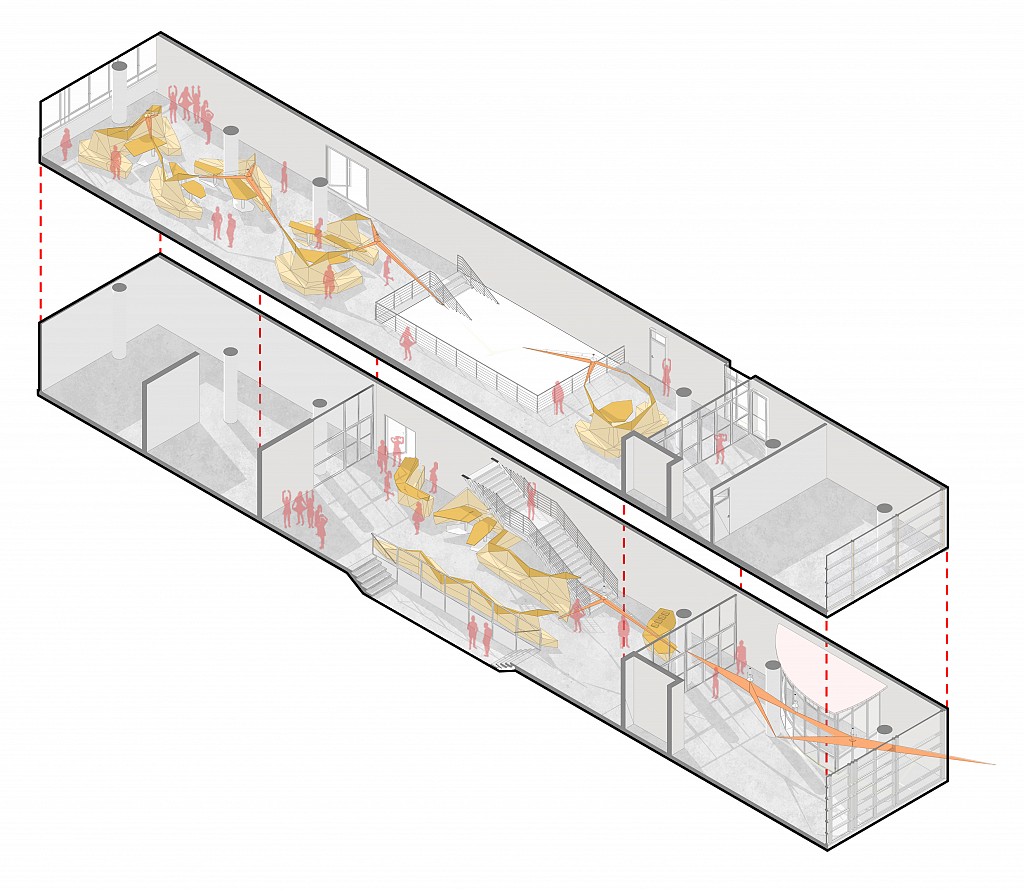 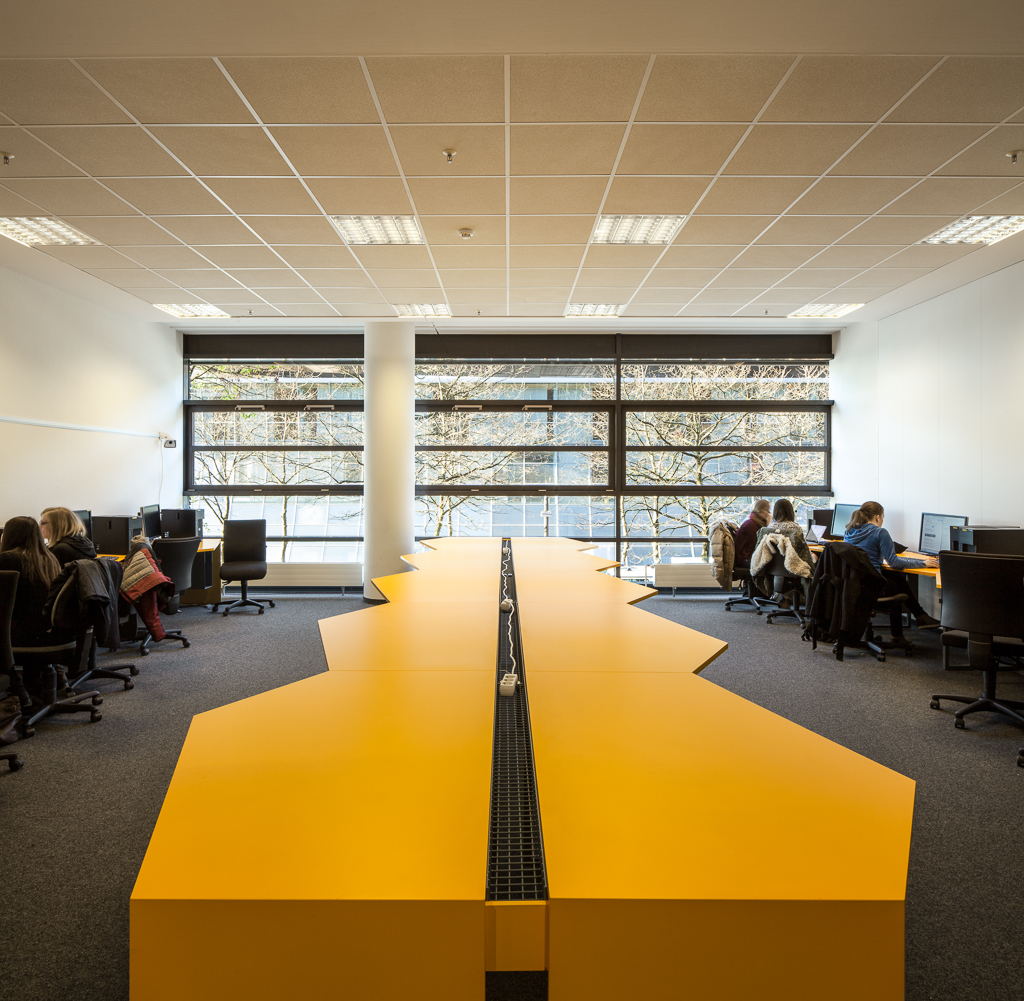 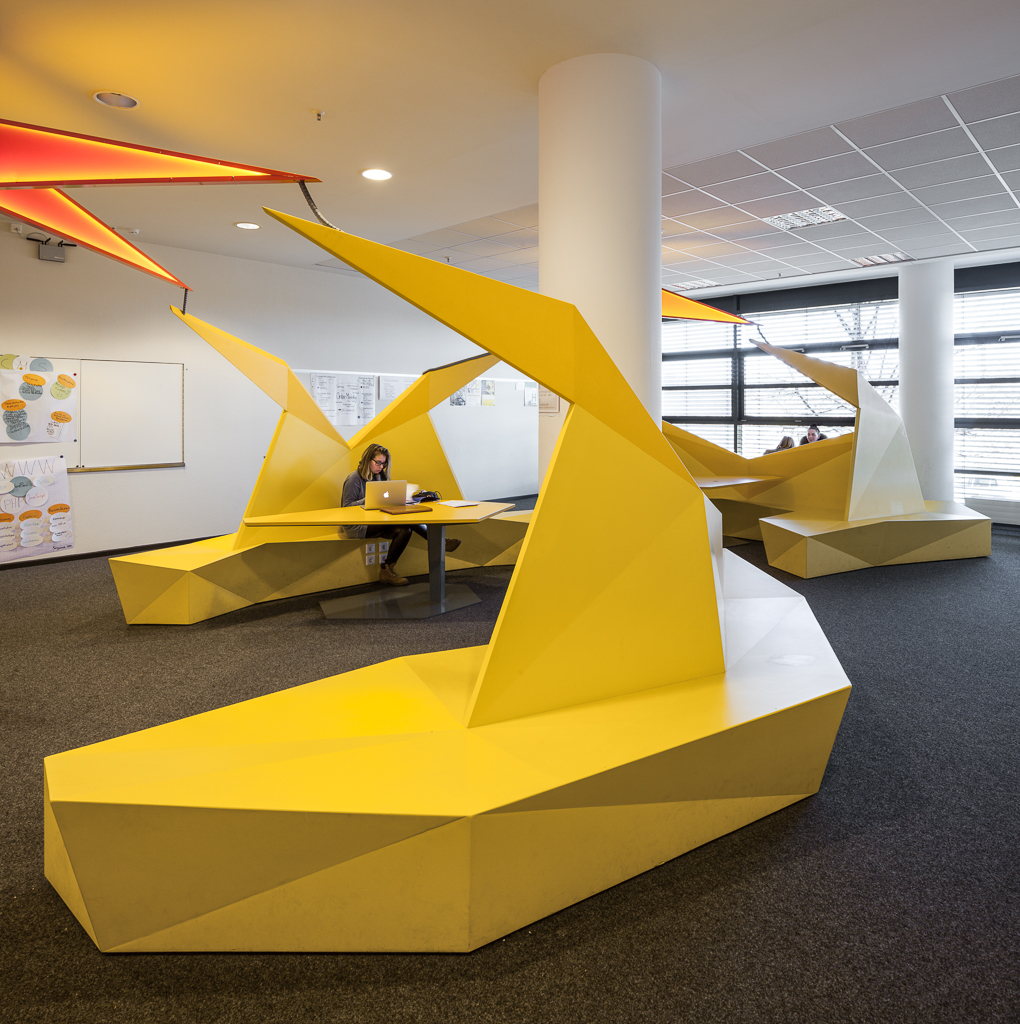 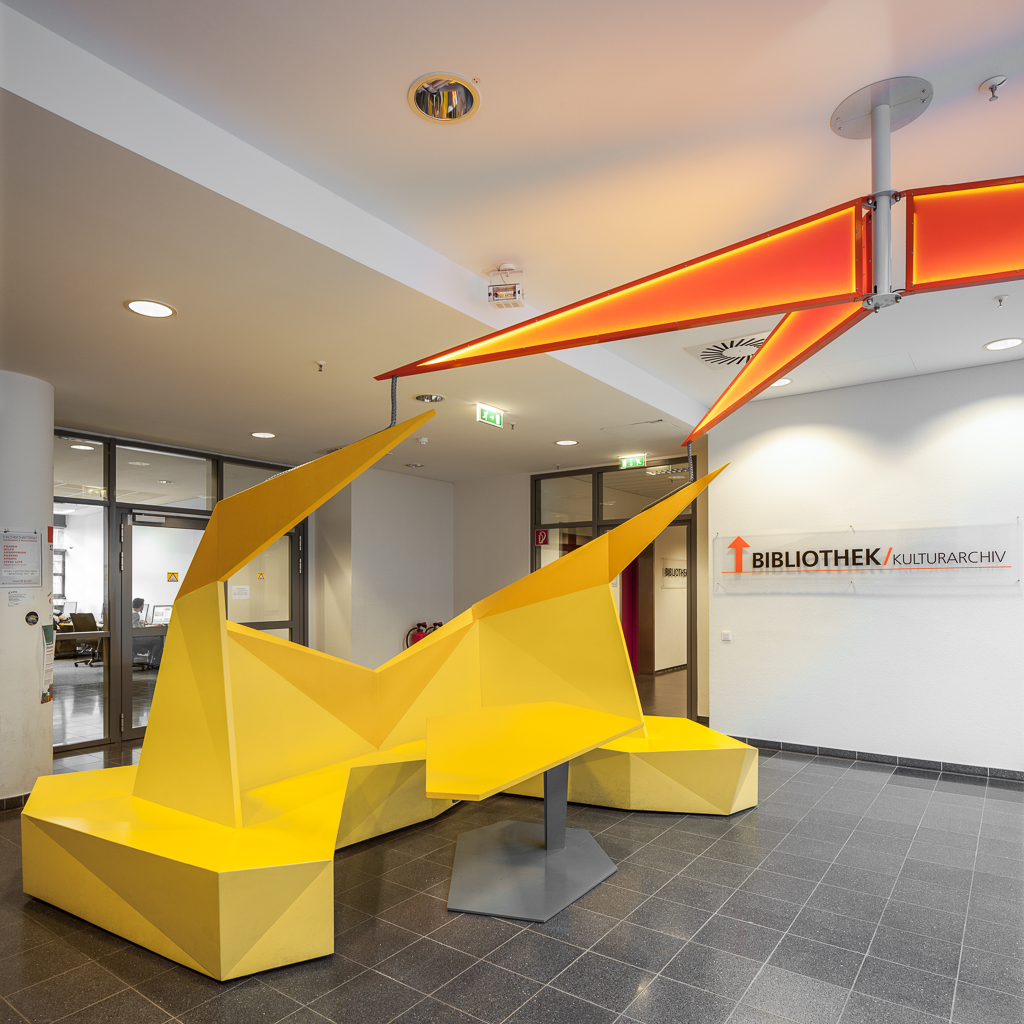 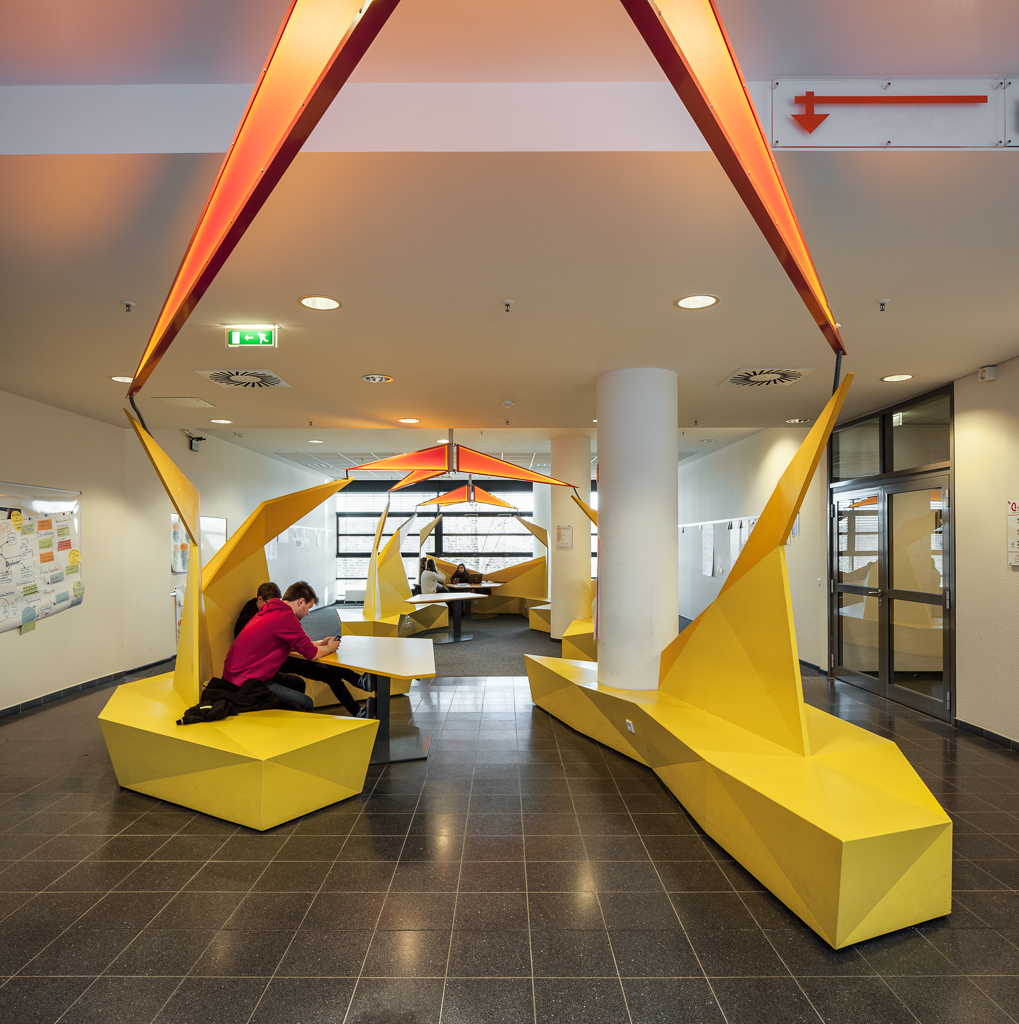 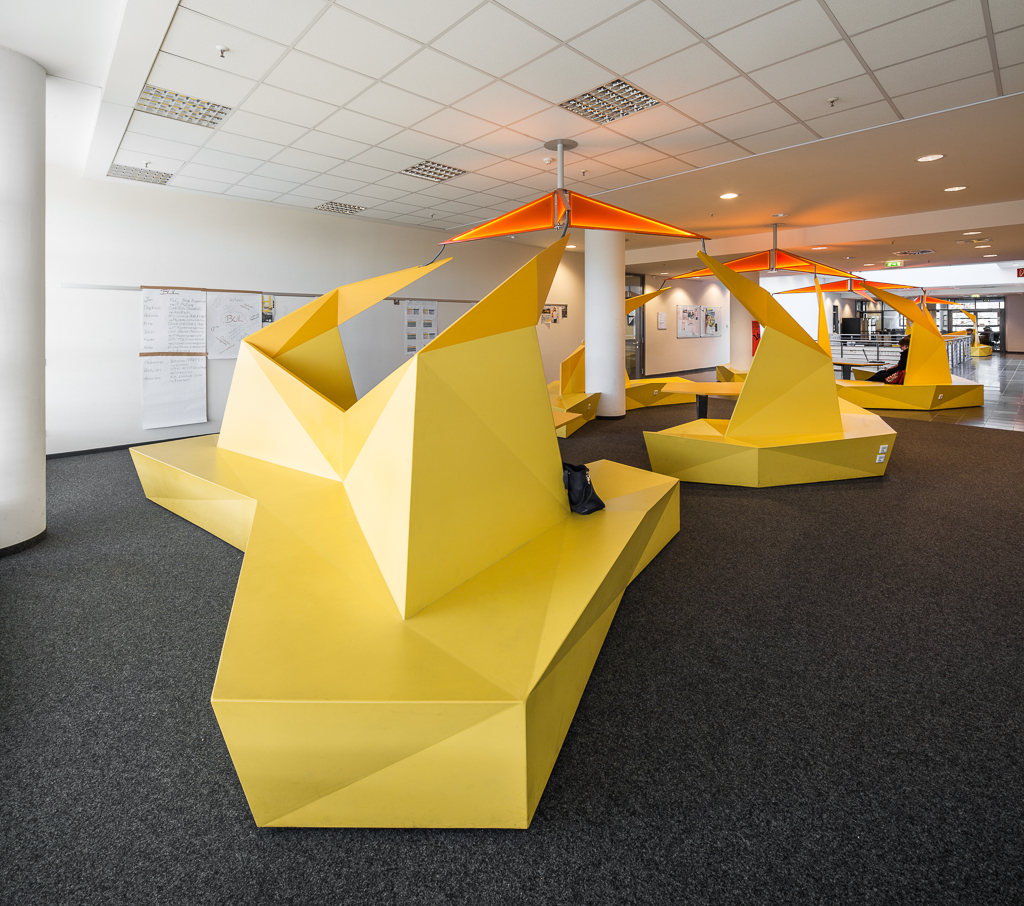 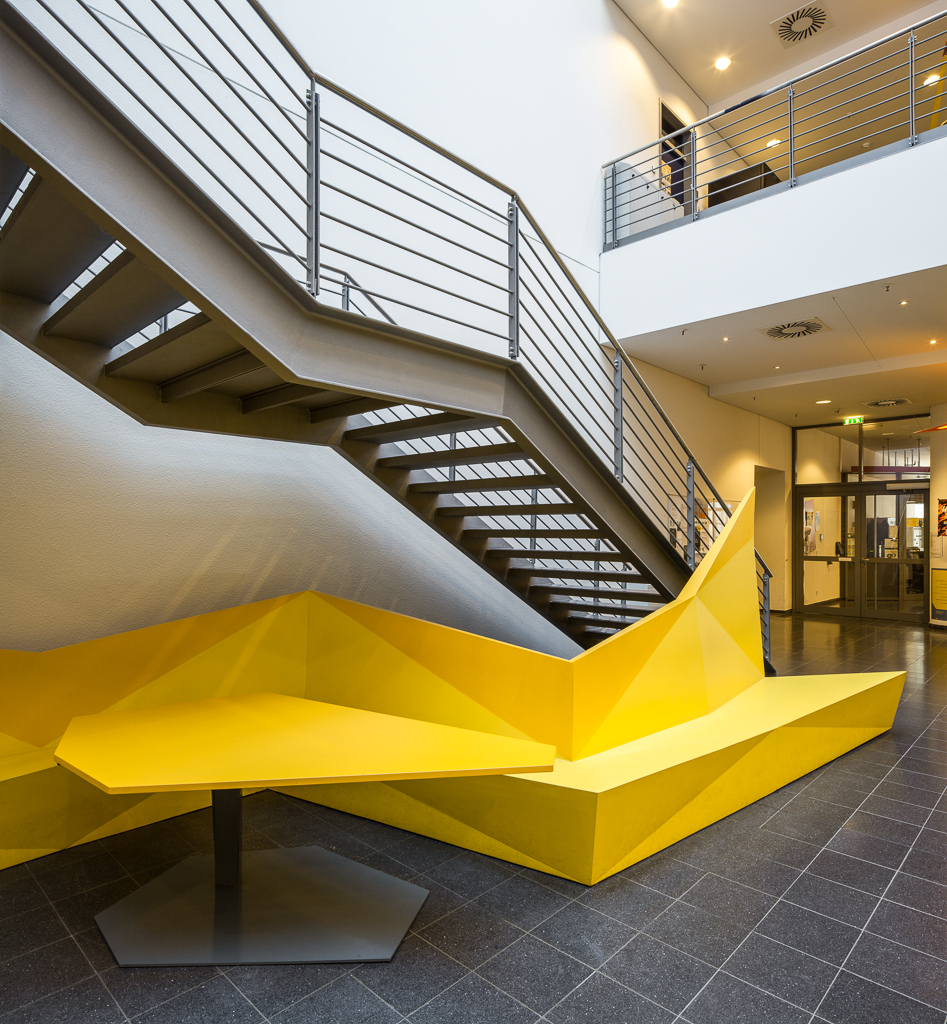 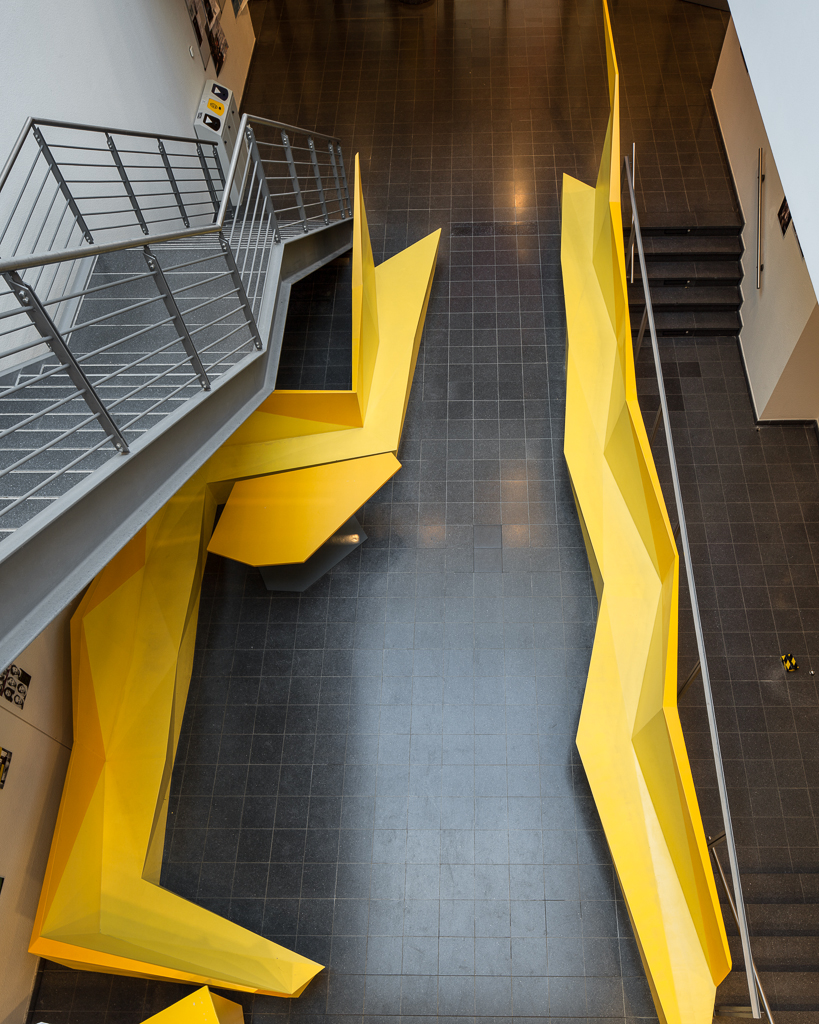 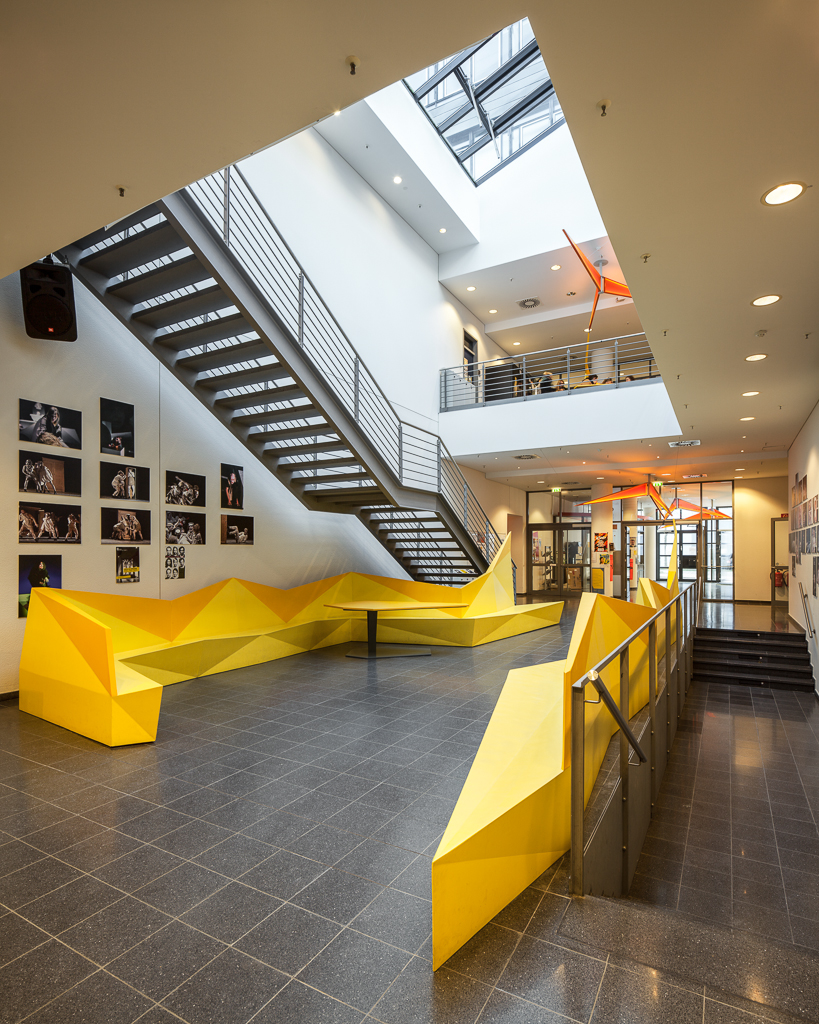 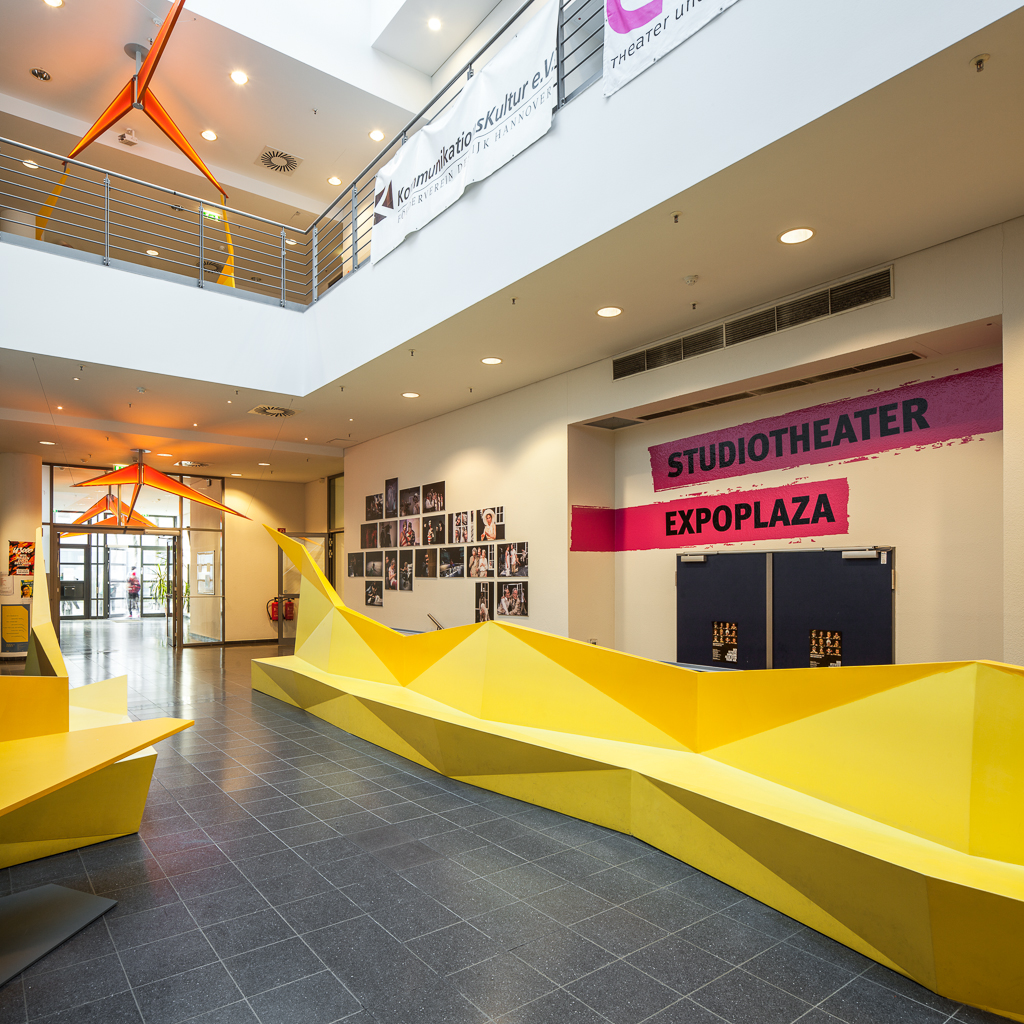 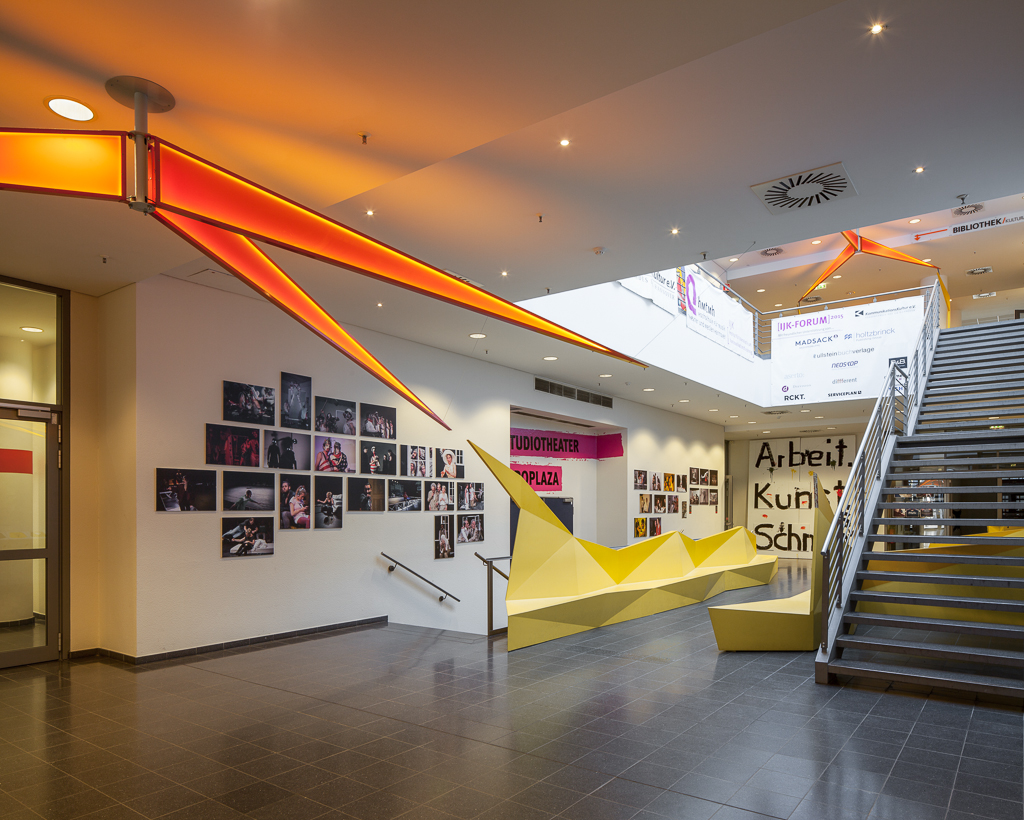 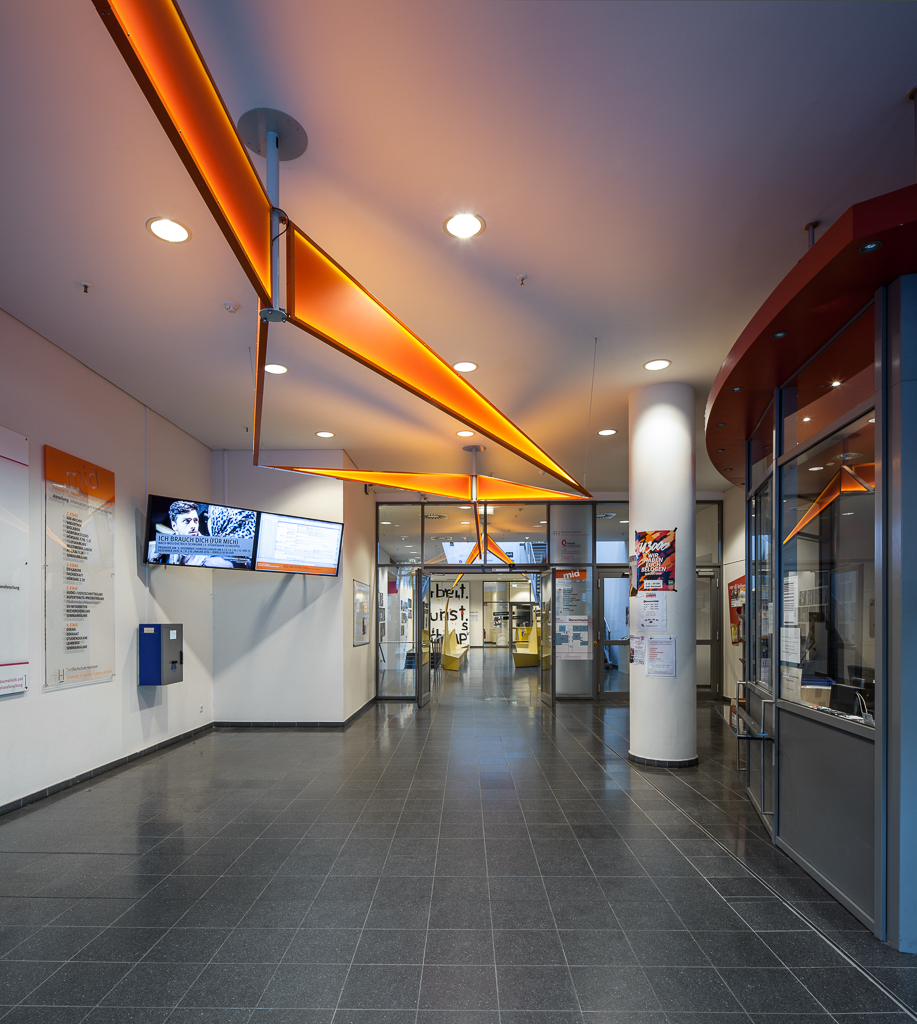 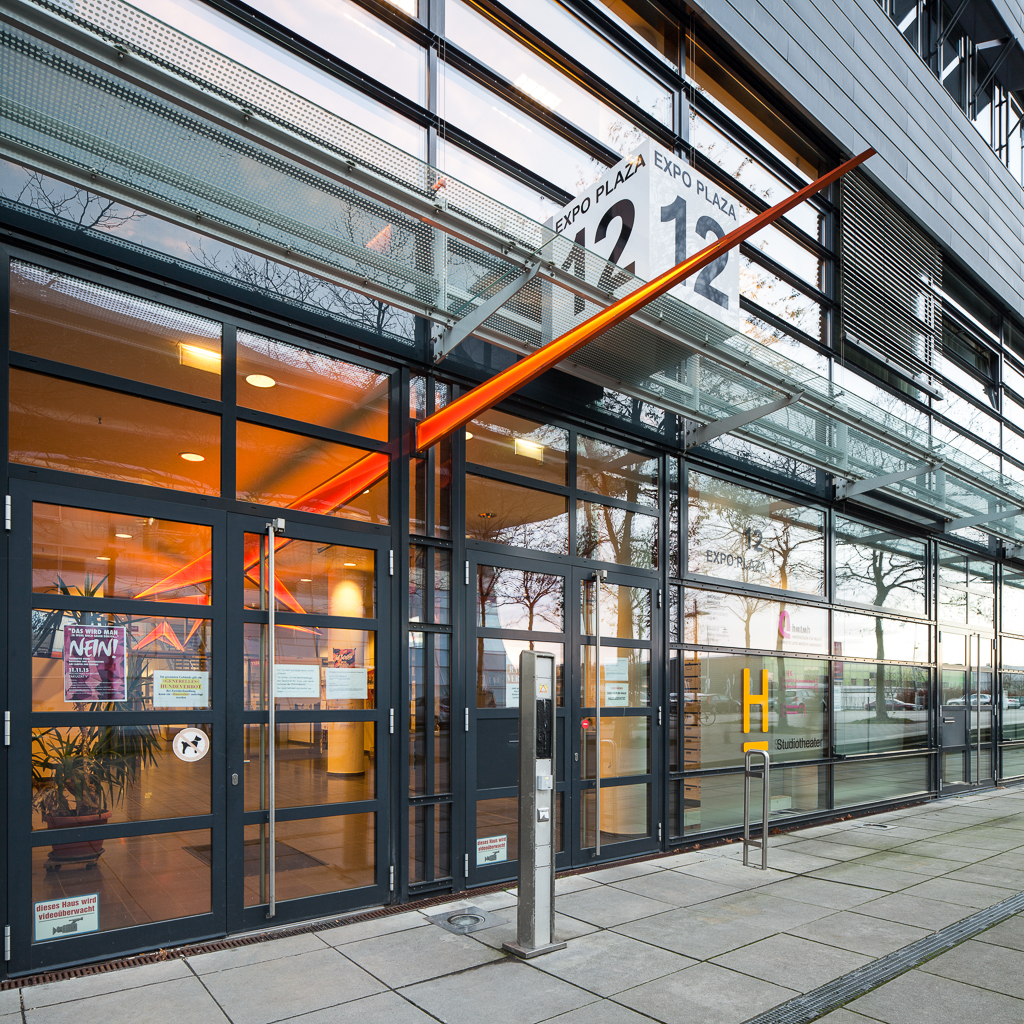 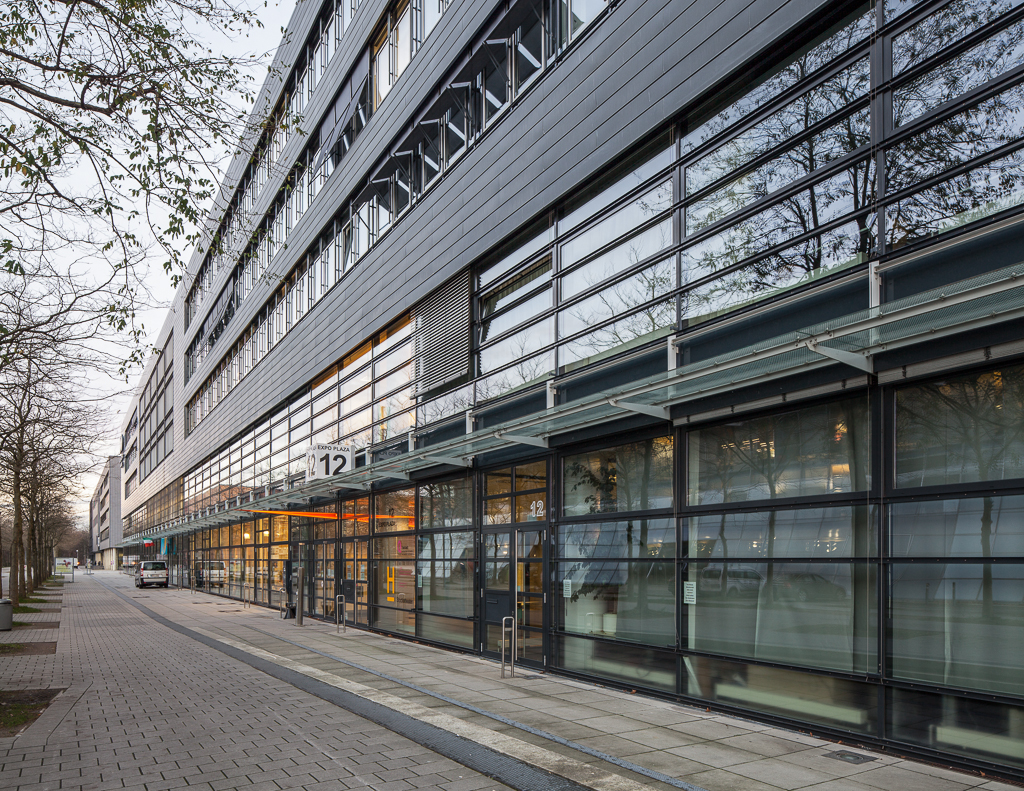