The so-called Berliner Tor (Berlin Gate) is a place in Hamburg which is located to the east of the city centre and whose name refers to the former medieval fortifications. Nowadays it is the second largest interchange facility for public transport of the city which connects the boroughs of Hammerbrook and Saint Georg. It is a very unpleasant place between very busy streets and the railway tracks to the central railway station.
The study examines the potentials for an improve- ment of the interchange facility and a utilisation of the area for other functions beside those of traffic. A very large number of people spend a considerable amount of their time here every day. It is investi- gated how optimised flows of traffic and shopping and leisure facilities that profit from it can be best tied together.
The proposal is based on the strategy to give the Berliner Tor, which for the time being is purely defined by functionality, a new character with a recognizable visibility throughout the city scape. The radical place deserves a radical design which with a new appearance can exist successfully in the surroundings and transforms the circumstances of the place into positive impulses. 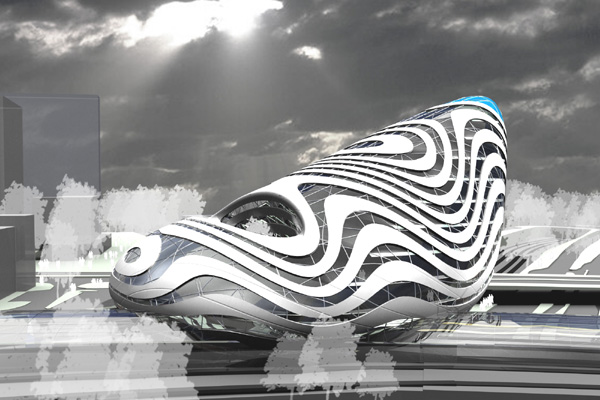 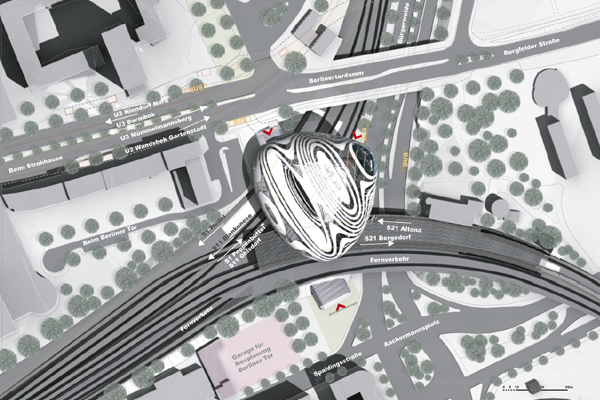 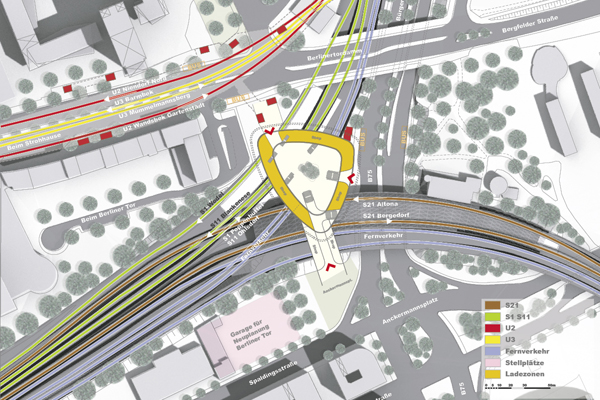 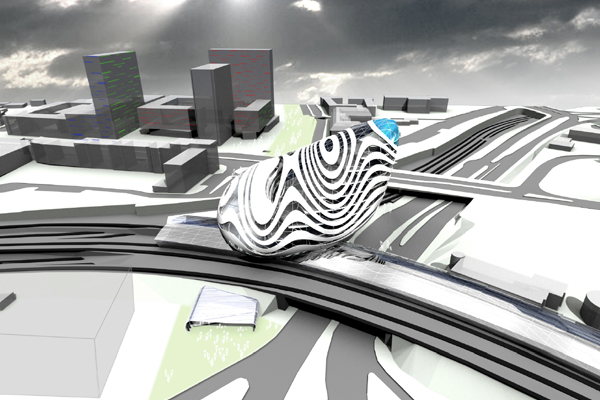 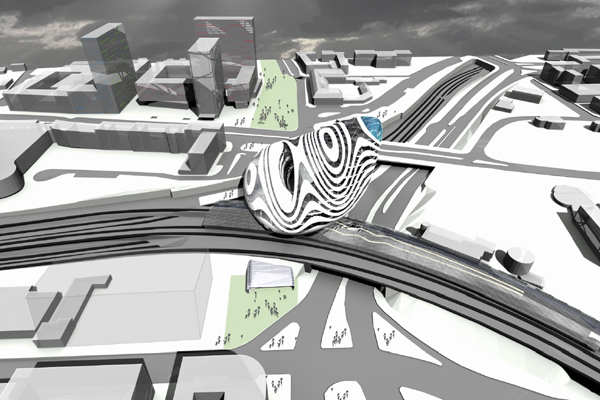 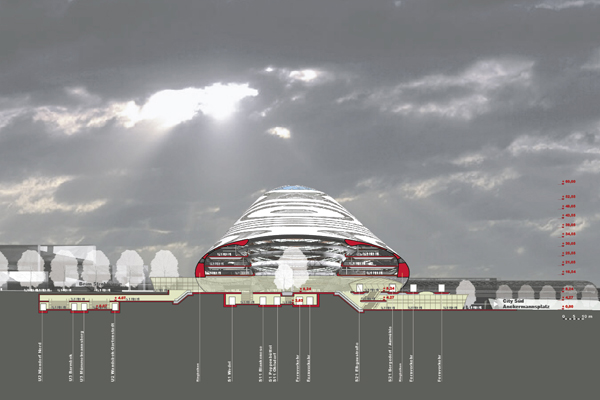 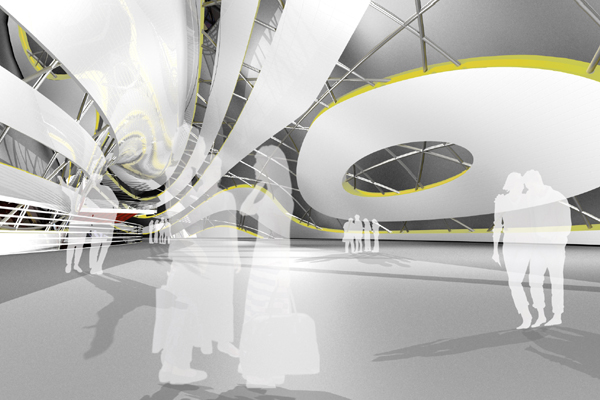 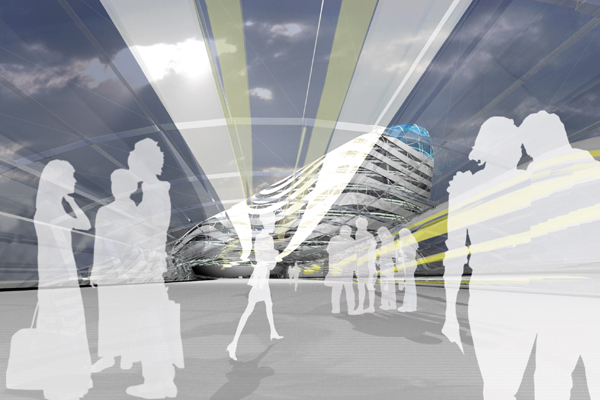